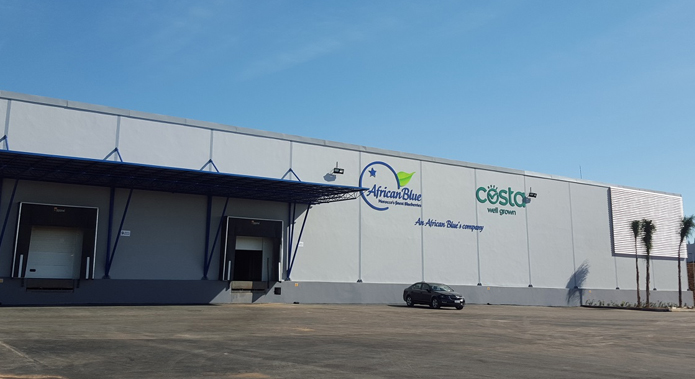 The exporter and producer of Moroccan blueberries, African Blue opened a new packing in Morocco to supply markets such as the European Union, the United Kingdom, Russia and Asia, as they continue with their expansion plans.

The facilities of 10.000 square meters was recently inaugurated in Larache, becoming the largest packing of berries to supply the European market.

It should also be remembered that Costa Group, the leading fresh produce company in Australia, is a majority shareholder of the Moroccan company.

The plant was designed to handle a capacity of up to 12.000 metric tons of blueberries per season and 150 metric tons per day.

The general manager of Costa Berry International, Peter McPherson, who was present in Morocco for the opening, said that this was another important investment of the Group in Morocco through its companies African Blue and Sweet Berry.

"This facility will improve the quality and reputation of Costa Rica's leading blueberry genetics world, which has been grown in Morocco for more than a decade," said McPherson.

"The varieties of blueberries that we grow give us a clear competitive advantage in the United Kingdom, the European Union and Russia, since we can offer a fresh premium product in those markets."

The general manager of African Blue, Avi Wizman, commented that close to 200 people attended the inauguration, including the Australian Ambassador to Morocco, Berenice Owen-Jones, government officials, customers and suppliers.

The inauguration coincided with a visit to Australia by Aziz Akhannouch, Minister of Agriculture, Fisheries, Rural Development, Water and Forests of Morocco, who visited one of the Costa berry fruit orchards in Corindi, New South Wales, to learn about the Australian operations.

Costa acquired a majority stake in African Blue at the end of 2017.

The production area of ​​Morocco is 294 hectares, with a supply of 108 additional hectares of authorized third-party producers.

A further development is currently underway to extend the duration of the season, including plantings in Agadir, in the Atlantic Ocean.

In addition to operations in Morocco, Costa operates three berry orchards in China with more than 100 hectares.

Three disruptive technologies that are changing the direction of agriculture