Peruvian agricultural exports would exceed US$ 10.000 million this year 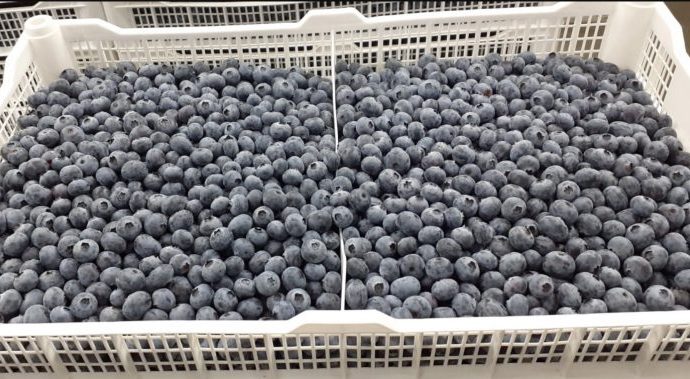 This year, Peruvian agricultural exports (traditional + non-traditional) will exceed US$ 10.000 million, estimated the president of the Association of Exporters (ADEX), Julio Pérez Alván, on the first day of ExpoAlimentaria 2022, the largest food and beverage fair important in the region.

He stressed that this miracle of Peruvian agricultural exports does not have a single cause, but is due to several factors, including Free Trade Agreements, the Law for the Promotion of the Agrarian Sector, the use of reliable and efficient sources of water, the legislation on land, as well as the great role of the agro-export entrepreneur and the strengthening of the trade union part in which ADEX and AGAP fulfilled and continue to fulfill a fundamental role.

He pointed out that ExpoAlimentaria is considered a very important space in which the diversity of the national offer is valued, highlighting Peru's competitive advantages over other countries.

He indicated that the fair is a center for the creation of synergies, exchange of ideas, dealing with issues not only related to the field or the production center, but also referred to the entire food chain that goes from harvesting, post-harvesting, transport, consumption , focused on global trends in new forms of agriculture, rich in information and accurate in action.

“Let us defend what has been achieved so far and reinforce the work of new trends such as organic agriculture, crop safety, the use of resources, digitization, the circular economy, among others, following these principles promises sustainability over time” , held.

"The most important thing is the unity, responsibility and coherence of the private sector so that this economic miracle that is agribusiness continues to be one of the most powerful locomotives for the long-awaited development of the country," added the president of ADEX.

Julio Pérez Alván said that in the three days that the fair lasts (started yesterday and ends tomorrow) business will be carried out for an estimated US$ 150 million, thus contributing to the growth of our agro-exports.