The reality of the Moroccan industry and its prospects will be one of the central themes at the XXI International Blueberry Seminar to be held at the Hyatt Regency Casablanca on June 9. 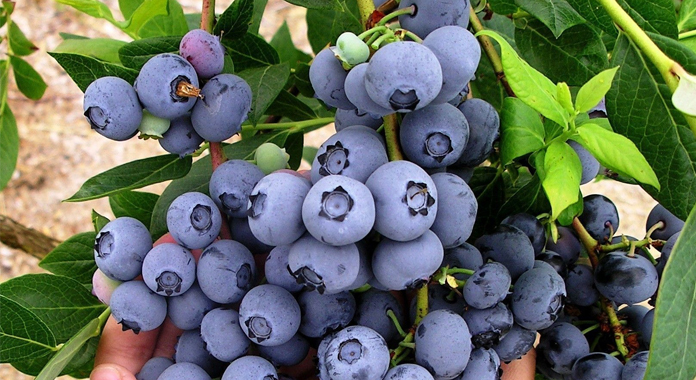 Morocco is already a producing and exporting power in the global blueberry industry, and berries in general. Each year the country advances in its development, incorporating more producers to the crop and expanding its planted area with new and innovative projects, with large investments, taking advantage of access to new technologies, better varieties, and modern management systems.

Amine Bennani, president of the Moroccan Association of Producers of Red Fruits (Ampfr), comments that the blueberry season in Morocco produced higher volumes than last season, continuing the trend of the last five years, and highlights that the speed of growth of the planted area remains between 300 and 500 hectares per year.

Moroccan fruit enjoys a good reputation and is preferred by European consumers, because it is a high-quality fruit, and furthermore, these new projects are implemented on the basis of new and better varieties of blueberries offered by the plant breeding market, which will further reinforce the good prestige of the product.

The blueberry industry in Morocco is constantly developing, which is why the country offers many opportunities for foreign and local investment in new projects. This reality of the Moroccan industry and its prospects will be one of the central themes at the XXI International Blueberry Seminar to be held at the Hyatt Regency Casablanca on June 9.

Amine Bennani, in addition to leading the organization that brings together the vast majority of Moroccan producers, is a well-known interlocutor for the global blueberry industry, and will be one of the participants in the XXI International Seminar on Blueberries, expounding on the "Current State and projections of the Moroccan blueberry industry”, together with the doctor in Economics from the University of Casablanca, Hassan Ouabouch, who will do so regarding the “Differentiation factors of the Moroccan blueberry industry”, and the Co-CEO of Fall Creek, Cort Brazelton, who will speak on "The global blueberry market and competitiveness strategies".

Production in substrates, biofertigation and salinity control in soilless crops, quality-oriented management, nutrition aspects, pest control and the most important diseases, will be part of the topics that will be addressed at the meeting by the different international specialists who will participate.

Looking to produce all year round

The blueberry industry in Morocco has great projections and international investors are increasing their interest in implementing new productive projects in different areas of the country.

In this context, Amine Bennani has a very clear view of the prospects for the Moroccan blueberry industry.

What are the advantages of Morocco?

In Morocco a great opportunity opens up for blueberries, they can be produced for 10 months a year. In areas where there is no cold we produce from September to April or May. We produce on the plain and in areas close to the sea, where there are not many hours of cold. We have some growers who are thinking of producing at height, with management on the ground and without coverage so far, with varieties that resist lower temperatures. The idea is to produce from April to August or September and thus be able to have production throughout the year.

Morocco, in North Africa, has different types of climate, in the north it is Mediterranean and a little further south it is hotter. The minimums fluctuate between 5ºC and 15ºC, depending on the area. The north is rainier, and water is available in all areas, and in others there are seawater desalination processes available to producers.

The production areas are located mainly in the north, which corresponds to soil crops, with direct planting, and 30-35% are in the south, with crops in pots. The main varieties come from African blue, Atlantic (Hortifruit), the Royal group and Driscoll`s. The crops are all protected by 50% mesh in summer and with plastic cover in winter.

Agrovision obtains US$210 million to finance its continued expansion