Every September 9, World Agriculture Day is celebrated, in order to publicly value and recognize the work of those who cultivate the land to produce food. 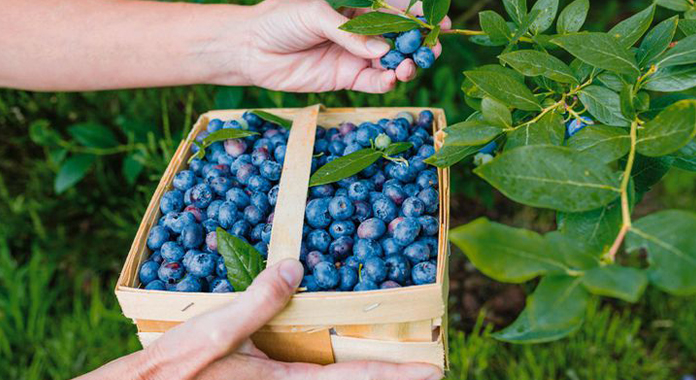 In our day, the farming faces three fundamental challenges: producing more and more food to supply a constantly growing world population; adapt crops to climate change; and produce in a way sustainable financing model, using the fewest possible resources and protecting the environment. Antonio Villarroel, general director of the National Association of Plant Breeders (ANOVE), points out that "to meet these three challenges, plant improvement plays a fundamental role". In addition, new demands and expectations of EU Green Deal, and specifically the strategies From the field to the table y Biodiversity 2030, "Require that farmers have varieties that are not only more productive but also allow more sustainable farms."

In World Agriculture Day, Villarroel explains that since it began, “the human being has taken care of select and improve plants, to obtain more productive varieties with better properties. Now this activity is carried out with scientific methods, achieving greater speed, more sanitary guarantees and better results ”. For this reason - he states - “plant breeding is an essential and essential activity for the development of agri-food, because thanks to its research work it is possible to improve current plant varieties and develop new ones, increase productivity and make sustainable agriculture possible. as we aspire to in the EU ”.

The new demands and expectations of EU Green Deal and specifically the strategies From the field to the table y Biodiversity 2030, demand that farmers can have varieties not only more profitable but also more sustainable productions. And it is that different specialists have already pointed out that, if the EU strategies are fully applied before 2030, agricultural production will decrease considerably, with production losses, depending on the crops, of between 23% and 50%. In addition, some studies have quantified that the application of these two strategies will generate an additional 3.300 billion tons of greenhouse gas emissions.

Obtaining plants, an essential activity for the future of agriculture

“In order for us to develop EU strategies - Villarroel stresses - it is necessary to trust the plant variety: promoting new genetic improvement techniques is essential, because only thanks to them can the process of developing new varieties be accelerated, with full sanitary guarantees and affordable costs ”.

El Noleppa Report, prepared by HFFA Research, when evaluating the value of plant improvement, insists that the plant breeding and variety improvement it is an effective and indispensable measure to adapt agriculture to the new challenges of the future and to make a decisive contribution to achieving a greater supply of food in the world. The Report points out that, without the contributions of plant improvement over the last two decades, the EU would today be a major importer of all arable crops, including wheat and other cereals. This has not happened; on the contrary, Europe has been able to produce 53 billion tons more cereals and additional food has been generated to 168 million of people.

On the other hand, obtaining plants helps to achieve better harvests and higher productions. According to the Noleppa study, approximately 67% of the annual growth of European agricultural productivity is due to the improvements brought about by obtaining plants and seeds. This also improves business conditions and the stability of markets for farmers, distributors and consumers.

The study also highlights that plant breeding has contributed to economic prosperity by adding more than € 26.000 billion to the EU's GDP over the past 20 years. In fact - the Report points out - without the contributions of plant breeding, agricultural yields would have been 20% lower and EU farmers would have had a third less income (approximately € 6.100 less per year per agricultural worker). The Report estimates that, thanks to plant breeding, around 90.000 jobs have been created in Europe.

Finally, genetic improvements in crops have helped to produce it in a more sustainable way and with greater protection of the environment. As the Noleppa Report shows, with plant improvement less soil is needed, consumes less water, greenhouse gas emissions are reduced and biodiversity is increased. From ANOVE it is indicated that "over twenty years plant improvements in the EU have saved 50 million cubic meters of water, a volume similar to that contained in 106 lakes such as Sanabria. Without them, it would have been necessary to use 22 million hectares of additional soil for crops, an area similar to half of Spain ”.

Picking up some of the calculations from the Noleppa Report, Elena Sáenz, director of ANOVE, points out that “thanks to the contributions of plant breeding, almost 4.000 million additional tons of greenhouse gas emissions have been avoided, an amount similar to that which the Netherlands discharges into the atmosphere for a year; Biodiversity losses equivalent to the richness of the set of species that can be found in 8,3 million hectares of the Brazilian rainforest have also been avoided.

Small fruits, but a growing market

Micro meshes for the elimination of thrips