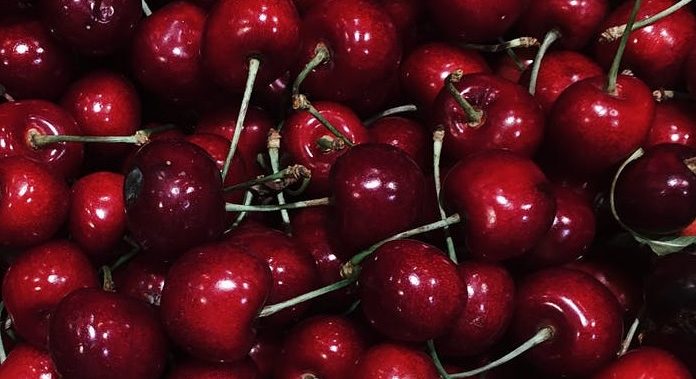 The first weeks of the current season show a strong increase compared to last year's shipments, with a jump from 21.316 tons to 64.023 tons, despite the truckers' strike. This, due to the rush to arrive before January 22 in the Asian giant, when Chinese New Year is celebrated. Air shipments, which were expected to rise sharply this year, have grown just 24%.

The need to arrive as early as possible from Chile to China has advanced the entire chain, shipments included.

Maritime shipments have grown from 12.331 tons during the past season, to 52.966 tons, with an increase of 330%, which accounts for the strong change in behavior of producers and exporters to try to reach China as early as possible.

Another important detail so far this season is that, due to the need to arrive very early to anticipate the Chinese New Year and get better prices, there is a greater availability of air shipments than in the development of the current 2022 export season. -2023, the flight of cherries shows a growth of 24%, according to updated figures from Asoex.

Despite the strong rise in air shipments of this prized fruit in the Asian giant, maritime shipments represent 78% of the pie.

Specifically speaking of China, during the past season 8.403 tons were sent by plane, evidencing a 25% decrease compared to the previous season. While, by sea, 304 tons were sent.

The decision to fly more fruit this year is mainly due to taking advantage of a special sales period, since in an almost unprecedented way, the Chinese New Year for this 2023 was brought forward to January 22, at least 2 weeks earlier than usual. which traditionally occurs the second or third week of February.

Another factor that could have influenced air exports was the trucker strike in different parts of the country. According to Claudia Soler, manager of the Asoex Cherries Committee, the strike by carriers "caused drops of between 30 and 50 percent in the cargo of some ships. There was a significant number of containers that could not be shipped and that we hope to export within the next few weeks, thus recovering the volume and flow of cargo."

Despite this, Soler points out that "the important thing is that the end of the strike occurred at a key moment, so it was not necessary to stop the harvests, which would have generated the loss of at least 200.000 jobs, at a time during the complicated economy for all Chilean families.

Likewise, Soler added that prior to the truckers' strike and to ensure a normal 2022-2023 season, “as an industry, Asoex was already working on a strategy with all the actors in the logistics chain to unblock knots that affected shipments last season. In fact, a document with 12 measures was presented to the Government, where some points that stand out are the diversification of the ports to send the fruit, which is already happening, for example, with the output of fruit, for the first time, for Puerto Ventanas, and with the departure of the first "Blueberry Express" through Puerto Coronel, which will take place this week."

This season, marked by a very early Chinese New Year, will also mark a complex year for producers and exporters, associated with higher local costs such as materials, internal packaging costs that have increased with inflation, as well as process services cold.

This also clashes with prices that have been more normal than usual in China, according to information from Felipe Henríquez, Manager in Chile for the Chinese importer Shanghai Grandfruit, which differs from the prices that early fruit received before, in the months of October or November.

Despite this, Henríquez points out that unlike past seasons, specifically 2021-2022 where there was little availability of flights, this year has stood out for great availability between traditional commercial flights, as well as cargo flights where the main players are China. Eastern and Ethiopian Airlines.

"The challenge is that China is going to face a large volume, higher than last year and a week earlier than expected, and that will allow the industry to open and move all its distribution channels to move the fruit" , so the task of those who import will be to move the arrivals of fruit as quickly as possible, "to avoid having stock left for after the Chinese New Year," Felipe Henríquez, Manager in Chile for the Chinese importer Shanghai Grandfruit.

«Last year, in addition, very few people flew for fear of having virus detection at destination. Currently the detections are very low, and there is a lot of flight availability", details the representative of Shanghai Grandfruit, but explains that unfortunately "commercial conditions are not being so favourable, since up to now it has not been a great year in terms of prices, and the high associated costs would end up cutting into profit margins.”

This year, which was seen as a complex year and rather one of transition towards the seasons that follow, will peak with a large arrival of cherries in China that will arrive between January 15 and 22, fruit that corresponds to week 51. , which would be the last to obtain good prices in the markets.

In this sense, Henríquez points out that the challenge is that China "is going to face a large volume, greater than last year and a week earlier than expected, and that will allow the industry to open and move all its channels of distribution to move the fruit", so the task of those who import will be to move the arrivals of fruit as quickly as possible, "to avoid having stock left for after the Chinese New Year", he closed.