To date, the total shipments of Chilean blueberries to the world show a 5% increase in relation to the 2018-2019 fiscal year 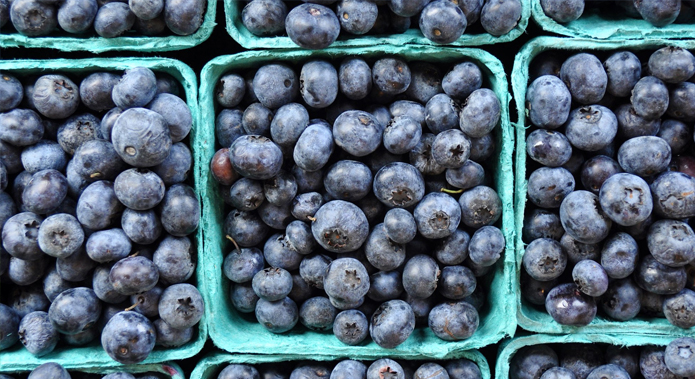 According to the latest Crop Report of the Asoex Blueberry Committee, prepared by IQonsulting, the harvests are focused on the south central area, where the most representative volumes of the country are found. However, during week 49, 6.538 tons of blueberries were shipped, slightly less than the 6.745 tons exported in the same week of the previous season. However, it also marks the beginning of Chile's peak export weeks, with volumes exceeding 6.000 tons per week. The accumulated to date already has 18.211 tons, 5% more than the previous season in the same week (49).

Organic blueberries continue to have higher volumes than last season, with a total exported to date of 3.400 tons, which represents a growth of 84% over last season. 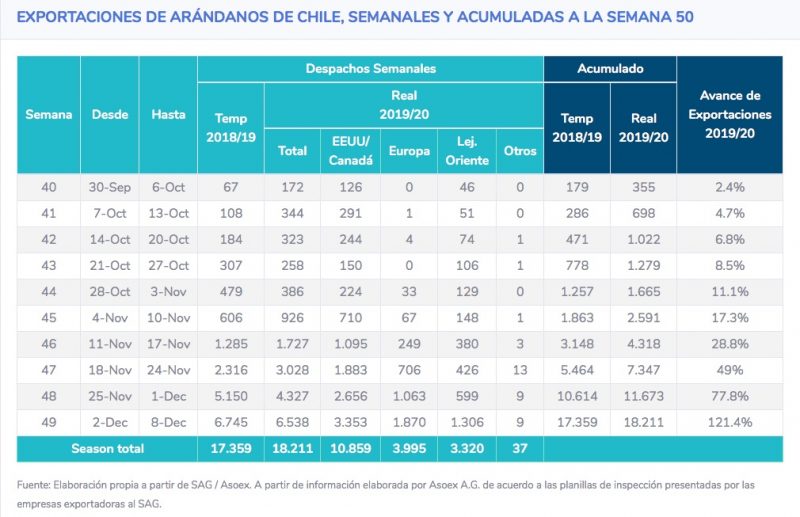 North Zone: The harvest in Coquimbo is in its final stage, with the latest collections from Jewel. Valparaíso also with volumes down, being in the last weeks of the season.

Downtown area: The O Higgins Region is already passing the peak of volumes, with Oneal, Star and Duke being the main varieties at the moment.

Central-South Zone: The Maule region continues with rising volumes, the early varieties are passing the peak of harvest, while the mid-season varieties are on the rise. Duke is the main variety at the moment and they accompany O Neal and Star. Legacy to a lesser extent with increasing volumes. The Ñuble Region also shows increasing volumes and in a similar stage to the Maule. BioBio, meanwhile, focuses on Duke.

South Zone: The harvest continues to advance in La Araucanía, mainly with Duke. Further south, the harvest is just beginning.