“There is the conflict of the blueberry, which, together with the frozen raspberry, are one of the great challenges that we have in the matter of commercialization. The blueberry issue is more worrying because it is at risk due to seasonality issues ” 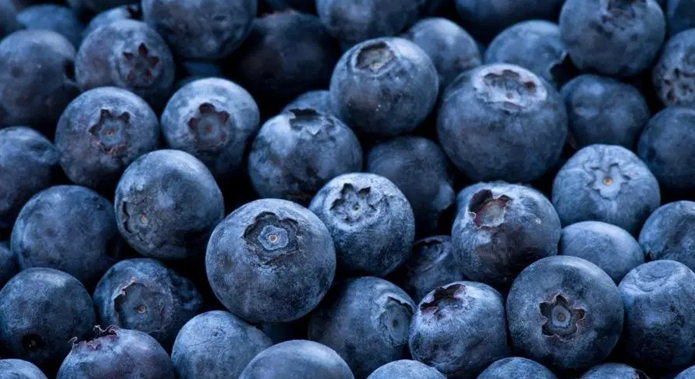 The Mexican berry industry has managed to place itself in the leading places worldwide, but with a highly concentrated production in North American markets, the main destination for Mexican berries, with 97% of shipments.

In 2019, more than 400.000 tons of Mexican berries were exported, according to Aldo Mares, former president of the National Association of Exporters of Berries (Aneberries).

Due to the challenges that are approaching with the entry into force of the Trade Agreement between Mexico, the United States and Canada (T-MEC) or Nafta 2.0, producers of blueberries, strawberries, raspberries and blackberries must urgently seek to diversify their exports to new markets .

These challenges stemming from the T-MEC are mainly located in the agreements and regulations on foreign trade, labor policy and anti-dumping investigations, which are part of the tripartite international treaty.

Aldo Mares, had already warned him in previous years, and made many calls for the early search for a diversification of markets. He also called at the time to explore processed fruit and the introduction of more and better technology in the post-harvest stage, to compete in distant destinations.

Mares, current CEO of Green Gold Farms, in the webinar "Current Status of Berries, Challenges and Opportunities ” He confirmed his position, explaining that "90% of the berry volumes go to the United States, 7% to Canada and only the remaining 3% of exports are diversified in 38 countries."

Regarding the threats arising from the treaty, he commented that berries are already in the sights of the US and recently an investigation was opened into frozen raspberries at the request of Washington producers. Initially the investigation did not include Mexico, however, Mares affirms that they are including it, "so you have to prepare for any litigation."

"There is also the conflict over blueberries, which, together with frozen raspberries, are one of the great challenges we have in terms of marketing. The blueberry issue is more worrisome because it is at risk due to seasonality issues"Says Aldo Mares.

The blueberry case is driven by Florida and Georgia producers, who in recent months have been pushing to push the seasonality proposal, with which they seek to protect themselves from competition from Mexican producers. This would allow US producers to quickly launch anti-dumping investigations.

“Blueberries, strawberries and raspberries are also susceptible because they are on a list that includes 10 products accused of child labor. However, the part of greatest risk is the part of forced labor that is working hand in hand with the United States Department of Labor, and if they point to any forced labor company, they may stop imports, ”warns Mares.

In this scenario, a diversification of markets for Mexican berries begins to take shape as an urgent need for the vast majority of producers. This would imply accelerating the entry of new varieties, looking for a fruit that will allow it to reach distant markets in good condition and advance strongly in technology and new post-harvest handling, for the same objective.

On the other hand, the post-Covid-19 stage will involve safety and sanitary certifications that many producers will not have, due to the costs involved and the climate of insecurity, which is aggravated economically by the global health crisis.

“The panorama is going to continue complex. Prices fell around 35% and continue to be challenging. They will continue to be lower than normal because the consumer will not have the same purchasing power as before (…) for the same reason we believe that we have to bet heavily on productivity with more technology in order to be able to produce more kilos ”, Mares concludes.

Berries are produced in 23 states of Mexico, although the main areas are in Michoacán, Jalisco, Baja California, Guanajuato and Sinaloa. In the last seven years, production has doubled, both in hectares and in jobs. In 2019 alone, Mexico exported more than USD 15.000 billion to the US.

Spain: The Blueberry and Red Fruit Festival survives the coronavirus and will be on July 24

Nutrition and Fertilization Practices for Southern Highbush Blueberry in Florida