Betina Ernst, from Top Info: "The blueberry as a fruit, has almost everything to gain"

"Every year, countries continue to be added, some of which would never have been thought to be suitable for this crop" 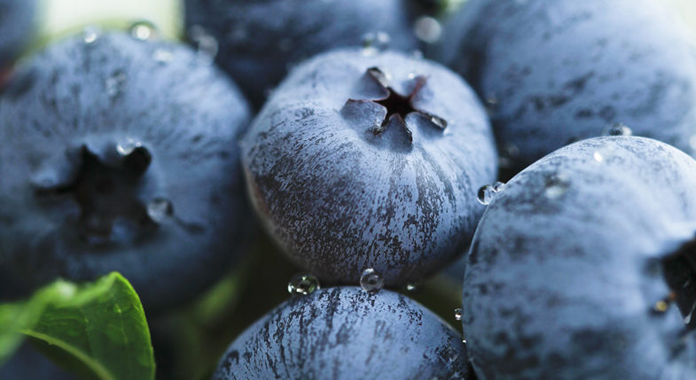 The latest analysis by Betina Ernst, director of the consulting firm Top Info Marketing SA, focuses on the commercial reality and the challenges of blueberries in the global context of its production and market. In the text "The blueberry goes global and faces new challenges", part of the basis that the blueberry is the most successful fruit in recent years.

“The blueberry as a local and seasonal product has long since passed into history. In a few years this fruit has become globalized, as few other products have achieved ”, says Betina, and it extends describing the extensive map of blueberry cultivation from the equator to the extreme north and south of the continents, encompassing the majority of the fruit-growing countries, those that have ventured from least to greatest extent in this crop.

The report confirms the situation of traditional or historical blueberry producers, such as the US, Canada, Poland or Germany, who are currently facing increasing competition from other emerging countries, such as Peru, Mexico, Morocco, those from Eastern Europe or China.

“Every year, countries continue to be added, some of which you would never have thought were suitable for this crop. Such is the case of Colombia, Ecuador, Zimbabwe, Zambia, Namibia or Kenya ”, warns Sabina Ernst regarding the explosion of blueberry cultivation in the world.

In this reality of increasing supply and demand year after year and its result of globalization that allows the cultivation of blueberries to be present on all continents, the Top Info analysis highlights the strong competition between suppliers, "which is becoming increasingly more complicated ”.

As another challenge, he places the demands of the modern consumer, and in this regard he wonders "if the production and commercialization of blueberries will be able to fulfill them to ensure future success or will it be a shooting star that will disappear again".

In this scenario of rapid blueberry expansion, the report confirms that the market responded positively, with consumption increasing to the same extent, but the business growth scenario leads to new challenges. In this context, he lists some unknowns such as:

Regarding this last question, the report ensures that productions that fail to meet the requirements may have serious problems and even be left out of the system. "There are aspects that are considered relevant, such as the use of water and energy, the emission of greenhouse gases, the impact on biodiversity, transport, etc., as well as social aspects."

In the current reality described, of blueberry supply throughout the year, the seasons overlap and the commercial windows practically disappeared. Where there is more increase in production is in the change of seasons between the north and the south. In this reality "the different suppliers no longer compete only with their peers at the same latitude, but also with those from other latitudes." The report exemplifies these overlays in detail, for example:

“Only in the middle of the season, the suppliers from that hemisphere clearly predominate”, he assures, as in January it is Chile and Peru, or from June to August the local producers are, and competition is generated between them, such as the German production with the Dutch , the Polish and Serbian, or in the US it is that of the different states.

“The blueberry as a fruit, has almost everything to gain, between its flavor, color, healthiness and practicality. But there is one aspect that weighs heavily on it, is the need for plastic packaging. The packaging in the fruit and vegetable trade is in the sights of the current consumer. They are working hard to eliminate, reduce, recycle the packaging ”, warns Betina Ernst regarding this new challenge for the blueberry industry. “The blueberries, along with the other berries, do not have it easy in this regard. No viable alternative to plastic has yet been found ”, he insists.

Peru: "Once again, reality will exceed the dream"