"Peru will continue to be number one for fresh blueberries, only that the change in the numbers will force some adjustments and the strong expansion that was being experienced will probably slow down" 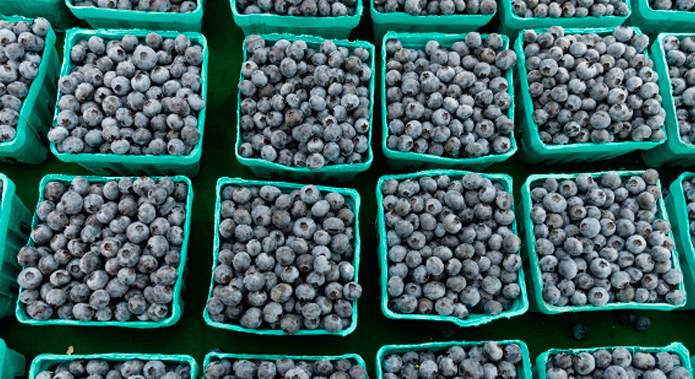 The agronomist Betina Ernst, president of Top Info Marketing SA, makes an analysis in two reports of the state of the blueberry industry in the main exporting countries of the southern hemisphere, or the southern world, as she calls it.

In his work entitled "BLUEBERRY: Where are we standing?", Parts I and II, he takes a journey through the reality of cultivation in Argentina, Chile, Uruguay and the surprising Peruvian industry, ending with a look at the South African industry and its projections.

“The blueberry never ceases to amaze. Each campaign brings new surprises. This year was characterized by a strong increase in shipments, generally low prices, a shift towards organic and the US threat to restrict imports. On the other hand, the countries continue in their dynamics of constant varietal replacement, quality improvement, incorporation of technology, search for new markets, etc .; but also with labor, economic and political problems ”, he points out as a general framework.

Argentina and a new industry

In the case of Argentina, the analyst advises to rethink the objectives of the industry, because, as an early supplier, and working with air shipping, it is not sustainable and seriously threatens the development of its industry due to the strength of new competitors in the market. same period.

In this sense, the expert assures that in the Argentine industry “like Chile, a great effort is being made to transform itself into a quality supplier, taking advantage of the special taste of the Argentine blueberry. For which a great varietal replacement is being carried out. The traditional ones like O'Neil, Misty and Jewel are disappearing. Currently the Snowchaser, Star, San Joaquin, Farthing, etc. predominate ”, he assures.

In the case of costs, you have to reduce them by turning to ocean shipments. “In the current campaign for the first time it was possible to send more by ship (57%) than by air. In previous years only 10-20% left by ship ”, he explains.

“In its history, Chile was able to successfully solve the problems that arose, be it due to the weather, some plague or commercial problems. In recent years the world situation has been complicated by increasing competition from new producers ", Betina Ernst points out, adding:" Faced with this situation, the Chilean industry rethink its strategies, aiming to be a superior quality supplier "

The analyst highlights the strong varietal change in the Chilean industry in the light of the recommendations of the Blueberry Committee. According to their data, “in 2019/20 more than 50% of the export corresponded to 3 varieties: Legacy, Duke and Brigitta. Of these Legacy and Duke, along with Draper and Emerald, belong to the group of 'recommended varieties' by the Committee. In the last 5 years its participation in exports increased by 10%. Brigitta, along with Jewel, Star and Ochlockonee, are from the 'export-restricted' group and their share fell 8%. The 'non-recommended varieties', like O'Neil, are disappearing ”.

Like Argentina and Chile, “Uruguay is working hard on varietal replacement, increased productivity and improvements in technology and logistics, to stand out as a quality supplier and to be able to supply special market niches”, Ernst points out.

Betina Ernst assures that the success of the Peruvian industry is due to the fact that “it meets very favorable conditions: dry and even climate, without extreme temperatures, enough water, large available surfaces, cheap labor, commercial openness and economic availability to invest. The Biloxi variety, the one that predominates, ensures a fruit with adequate quality, good appearance and sufficient post-harvest life. The possibility of regulating the production period through pruning, as well as the absence of rain and shipping by ship, are other advantages that allow the buyer to plan and schedule their orders ”, he assures, although he warns:

"Logically the strong expansion of the crop brings problems, such as plant health, the management of a huge number of workers and the logistics of harvesting, cooling and transport, etc.", and deepens in this aspect: "A point that concerns the sector is the varietal. The Biloxi continues to be the queen and leaving this dominance is not easy in the agroclimatic conditions of Peru. Many tests have been done and only some of the varieties managed to be successful. It is estimated that still 75-80% of exports correspond to Biloxi. Among the other varieties, Ventura, Mágica and Snowchaser stand out. Given the strong increase in volumes, we are also working on opening new markets and exploring new opportunities in existing ones ”.

"Peru will continue to be number one for fresh blueberries, only that the change in the numbers will force some adjustments and the strong expansion that was being experienced will probably slow down," he concludes in his warning to the Peruvian industry.

“Initially South Africa had to face several technical and climatic challenges to implement this crop. But they have managed to overcome part of these thanks to appropriate technologies and varieties ”, explains Betina and assures that the South African blueberry industry is in full expansion, although not with the speeds that Mexico or Morocco has experienced, less with the indices shown by Peru. although its growth is sustained as a trend.

According to the analyst's data, the current cultivated area in South Africa is between 2.200 and 2.400 hectares. with 60% of this presence concentrated in the Western Cape, although in recent years it has spread to northern regions, so that currently 25% of the surface is located in the Northwest and Limpopo provinces. Production also increased and in the last campaign a 25% increase was achieved compared to the previous season, reaching a shipment volume of 14.000 tons.