Various projects led by the Faculty of Forest Sciences and Natural Resources of the Austral University of Chile aim to combat, in an environmentally friendly way, pest insects that affect the agricultural and forestry sector. 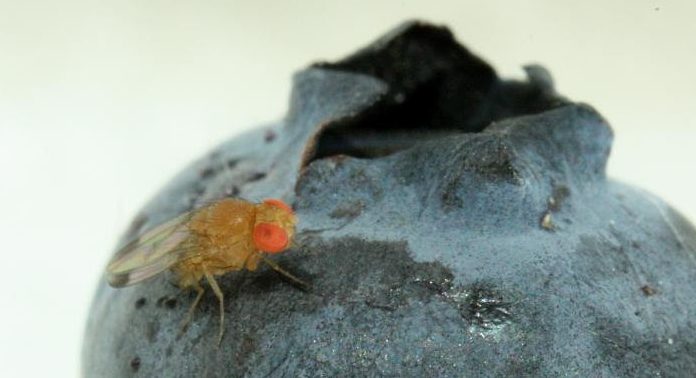 Every year large amounts of chemical insecticides are used for pest control worldwide. In Chile, the high rates of exposure to agrochemicals and their alarming consequences to the environment, to those who apply these products and also to consumers, are known.

This problem has not left indifferent a group of researchers from the Forest Health Laboratory of the Austral University of Chile, who have already developed various projects to advance in the search for natural enemies that act on pest insects.

The academic from the Faculty of Forest Sciences and Natural Resources of the UACh Cristian Montalva and his team, work on a friendly alternative through the use of different strains of native entomopathogenic fungi. That is, a natural enemy of pest insects, which infect to the death, significantly reducing its population and mitigating the damage produced by them on the resource.

“The benefits of using these natural enemies are diverse. They are specific, that is, they act only on the pest and not on other insects that can be beneficial to the ecosystem; they are safe for those who apply them and also for consumers, since they do not have toxic residues ”, explained Dr. Montalva.

But the academic admits that there are also certain disadvantages. One of them is the problem of storage and abiotic factors that affect its effectiveness, such as temperature and humidity, which are important aspects to consider when using this type of microorganism.

In Chile, the first known scientific publications date back to 1974. At present, research on entomopathogenic fungi is carried out mainly by INIA Quilamapu, and in the south of the country by the Forest Health Laboratory of the UACh. 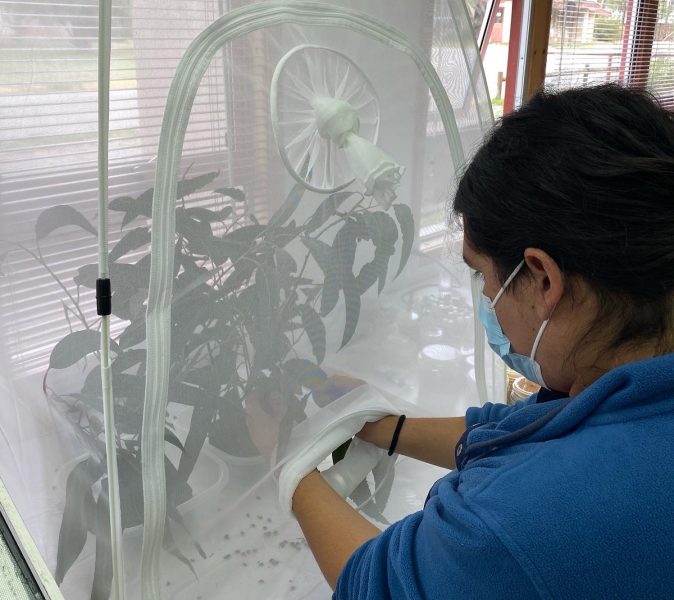 The cypress aphid is a pest that arrived in Chile in 2003 and is associated with native species such as the mountain range cypress and larch. “This plague was able to establish itself in the country through the entire continental territory. The SAG applied biological control through a parasitoid, at the same time that we investigated to find out if there were entomopathogenic fungi that could control it, for which prospects were carried out that gave good results at the laboratory level ”, he explained.

"Today this pest is not a problem, except in certain specific parts of Chile, since it has a complex of natural enemies, including parasitoids, predators and pathogens," he added.

But not only the native forest has been affected by pests, berry crops, so important in the Los Ríos region, also suffer the consequences of the entry of insects into the country. Is about Drosophila suzukii, commonly known as the spotted-winged fly. The project FIC 19-43, which is in execution, aims to   the search for natural enemies.

“There are 1615 ha of blueberries and 232 of cherries in the Los Ríos region, most of which is for export. This plague, which arrived in Chile in 2017, has caused great problems for crops and consequently for the economy.  We have proposed, in this case, to obtain 40 different strains of native entomopathogenic fungi for the control of d.suzukii and we have already found different species that have given good results, "he said.

The plantations are not far behind in this problem, the eucalyptus has suffered the damages caused by Gonipterus platensis or "eucalyptus weevil", a pest from Australia that entered Chile in 1998 and affects the growth of this species. This time a Fondecyt Regular 1190390 project awarded is the one that investigates and searches for the most effective strains that allow reducing the populations of this insect.

Chile: Increase in the cost of maritime freight risks the profitability of export crops

Functional Diversity in Blueberries and Their Responses to Extreme Drought