Chile: Fruit businessmen accuse that they cannot find ships in Valparaíso to export their products

The union requested that "for these two weeks" they be given space so that the vessels with a refrigerated chamber can work more frequently. 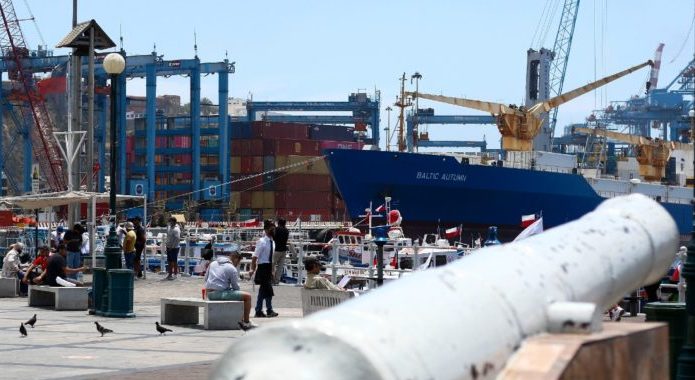 Businessmen grouped in the Federation of Fruit Producers of Chile (Fedefruta) accused this Monday that they do not find ships available in the Port of Valparaíso for the export of fresh fruit, including the grape.

Along these lines, they requested that "for these two weeks" they be given space so that vessels with refrigerated chambers can work with higher frequency, said the president of Fedefruta, Jorge Valenzuela.

He asked that the number of stevedores be increased these days, "in which we find ourselves in the last shipments prior to the non-tariff measure of the marketing order in the United States."

The representative of the greengrocers said that “we are talking about a product that is very perishable, and that same perishability dictates the times when it must be harvested, packed, and transported. We believe that the fruit should have shipping priority in these weeks of the year."

Likewise, the producers hope that the port of Valparaíso, both TPS and TPV, which are the operators, "commit themselves in the coming seasons to provide the conditions to return to shipping capacity that requires the export of fruit”.

"We are in the critical weeks of the table grape season, when we find the largest volume of fruit, and right now we do not have enough ships in the ports to send it to its destination," Fedefruta reiterated in a statement.

In January and February, almost 75% of the volume of Chilean table grapes went to the United States, according to figures from Odepa, "and now in March we find the harvest of this fruit in the central zone, especially in the region of O 'Higgins, where the whole world and the rural communes are at the forefront in the work of harvesting and packing”Valenzuela commented.

The leader pointed out that "fruit is a job on which hundreds of thousands of people who dedicate themselves all year round to various tasks in the orchards depend, to see the results of the harvests these days, and the lack of ships right now to fresh fruit shipments a problem that compromises all that effort.”

Situation at US ports continues to slowly but steadily improve