Chile: National export of fruits to China grows and in Biobío there are high expectations

Country production rose and the Region is about to begin harvesting to dispatch to the Asian giant. Expectations are focused on avoiding what happened last year with shipments in the middle of the pandemic. 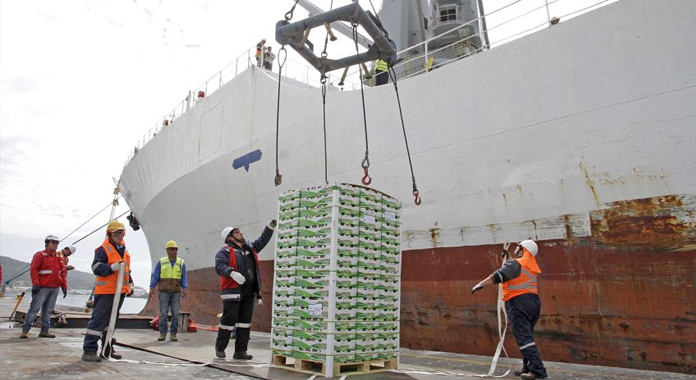 Another of the items that was affected by the arrival of the pandemic in the country in March 2020 was the forestry sector. Despite the fact that the first semester of last year was extremely complex and only US $ 2.541 million were exported, this semester the market recovered and between January and June 2021, US $ 2.960 million were exported.

According to the study carried out by the Office of Agrarian Studies and Policies (Odepa), for example, shipments of cherries, one of the most highly valued fruits, expanded by almost 37% compared to the previous year, where the pandemic played a fundamental role in decrease the successful figures recorded in previous years.

The complications were not only economic, but also logistical. Several shipments were even unable to enter China due to health regulations imposed in the Asian giant.

The uprisings of the fruit exports to China They bring good news for the national economy and, above all, for the Biobío Region, which is about to start dispatching shipments, initially in November.

"In the Region we are not exporting fruits right now, but we'll start doing it in mid-November. We have high expectations of what is going to happen, considering that last year we had several problems. We hope that during this year the export process will be smooth and that we will reach good prices. We do not want to repeat, for example, what happened to us last year with shipments of cherries ”, commented José Miguel Stegmeier, president of the Agricultural Society of Biobío (Socabío).

He added that "we are seeing how the market in China is having a very powerful recovery and we are making ourselves available to the requirements to start exporting to that country."

Today, expectations are focused on fruit production. Local farmers will set off peeling blueberries and cherries. For this, the collection will be key.

“We are expectant, but we also have a problem, since there is a shortage of workers. The blueberry and cherry must be picked by hand and there are no people to carry out the initial stage. In the export and everything else, I think we will have no problems. November, December, January and February, which are the strong months, I think will be quite positive, ”said Stegmeier.

The union's concerns are focused on having sufficient harvesting capacity to meet the requirements from China as of November. "We want to harvest and ship as quickly as possible because, although the cold chain is good, the idea is to send the product as fresh as possible," said the president of Socabío.