Chile is at the peak of cranberry exports 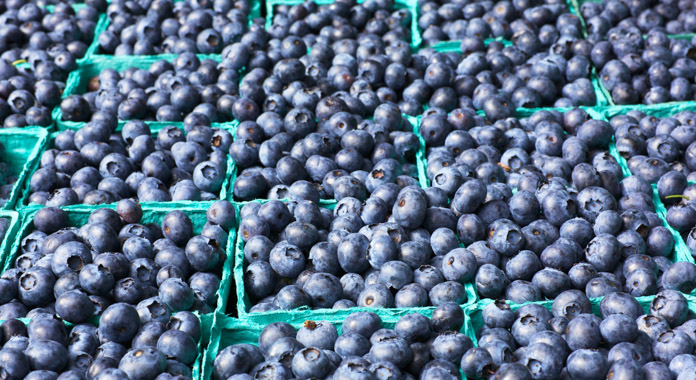 The Committee of Cranberries of Chile has published its weekly report of the season, in which it is mentioned that exports are in the peak of volumes. Although the sector prepares for larger volumes, shipments of the 49 week were below the forecast with 6.652 tons. However, the records were in the process of being updated at the time of publication of the report, so the volumes will be corrected in the next one. 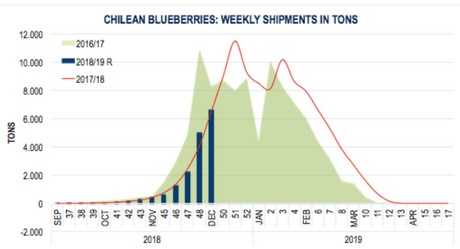 Although the start of the season has not been without challenges, Andrés Armstrong, executive director of the Committee of Blueberries of Chile-ASOEX, indicates that it has been a reasonable good start for the national superfruit. "We have about 9% more volume exported than at the same date last season, and we are starting this week the peak shipping period, which will mean that our exports of blueberries exceed 7 thousand tons weekly. This season we have had more fruit than last season, but there has also been more fruit from other supplier countries. All of which has been joined for a start to the season that we can qualify as reasonably good, except for a few weeks when it was a little more complicated due to greater punctual supply in the destination markets, and some effects derived from the hailstorms and the climate that they delayed a little the maturation and harvest of the fruit ".

Production areas
The report notes that harvests are proceeding normally. «The focus is on the south central zone, mainly in the VII Region. The northern zone is in the final stage of its season, while the central northern zone shows decreasing volumes. the south is starting, but still with low volumes ».

Up to the 49 week a total of 17.100 tons has been sent. Of those, the 66% have been shipped to North America; an 23%, to Europe, and an 15%, to the Far East. "This season, like the last one, we are seeing a greater dynamism in the exports to Europe, given the growth of the consumption of blueberries of some countries of this continent, as it is the case of Sweden, France, Poland, Italy and Spain, to name a few. For this reason, during the past seasons we have been carrying out promotional campaigns in these markets, and this year we have defined a first promotional campaign in the Polish market. In China we are seeing how the market behaves, because it has had less fruit from Peru, "said the executive director.

The digital transformation to stimulate Chile