How Japan is revolutionizing agriculture without land or workers 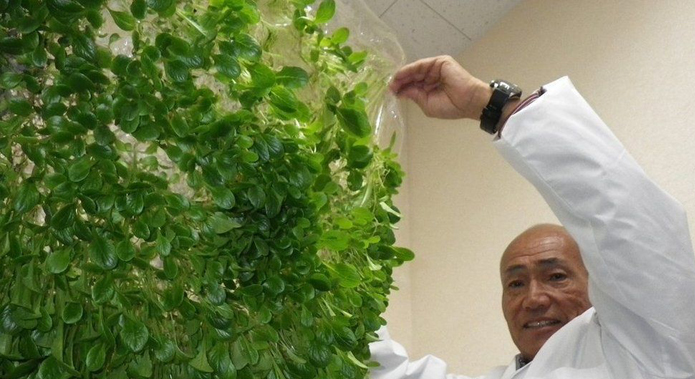 Yuichi Mori was inspired by the membranes used in artificial kidneys to develop polymer films for use in agriculture.

Fruits and vegetables grown by Japanese Yuichi Mori are not in the soil and do not need soil.

The roots of what he plants come from a device that was originally designed for medical treatment.

Mori cultivates on a transparent polymer film made from a permeable hydrogel that helps store liquids and nutrients.

The plants grow on top of the film and the roots develop to the side.

In addition to allowing the vegetable to grow in any environment, the technique consumes 90% less water that traditional agriculture and does not use pesticides since the pores of the polymer block viruses and bacteria. 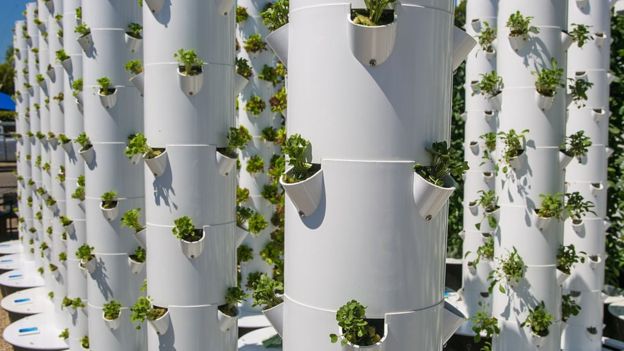 Vertical agriculture products are fresh, locally grown, can be harvested year-round, free of pesticides and unaffected by bad weather, say their advocates.

"I adapted the materials used to filter blood in kidney dialysis treatments to the growth medium of plants," explains the researcher to BBC News Brazil.

His company, Mebiol, has patents for the invention registered in almost 120 countries and represents a agricultural revolution in Japan.

The fields are becoming technological centers, with the help of artificial intelligence (AI), internet of things and knowledge taken from laboratories.

In a country with a shortage of arable land and a lack of labor, agrotechnology has increased accuracy in monitoring and maintaining crops.

Even allows cultivate without land or in areas with limited access to water, a growing concern worldwide.

The landless cultivation method is known as hydroponic agriculture 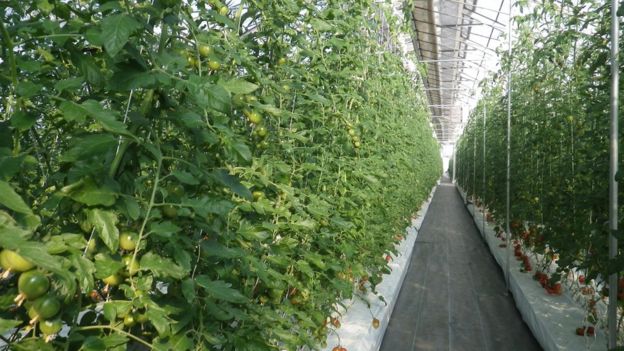 The production method with polymer films allows agriculture anywhere in the world.

This year's United Nations World Report on the Development of Water Resources estimates that 40% of grain production and 45% of global Gross Domestic Product will be compromised for 2050 if the environmental and water degradation They continue at current rates.

Polymer cultivation, as Yuichi Mori does, has crossed borders.

It is practiced in more than 150 locations within Japan, but also in regions such as the desert of United Arab Emirates.

The method is also being used to rebuild agricultural areas in northeastern Japan contaminated by substances They arrived with the tsunami after the great March earthquake of 2011.

With the expected increase in the world population (from 7.600 millions to 9.800 millions of people for 2050), companies are betting on business opportunities related to world food demand, as well as the potential of the machinery market. 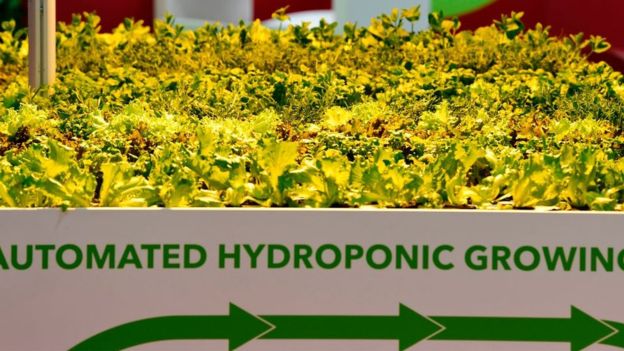 The Japanese government is currently subsidizing the development of 20 types of robots, capable of helping in various stages of agriculture, from planting to harvesting in various crops.

In partnership with Hokkaido University, the Yanmar company has developed a robot tractor That is being tested in the field.

One person can operate two tractors at the same time thanks to an integrated sensor that identifies obstacles and prevents collisions.

Called Duck, the small robot, navigate the water of rice fields to help it get oxygenated, reducing pesticide use and environmental impact. 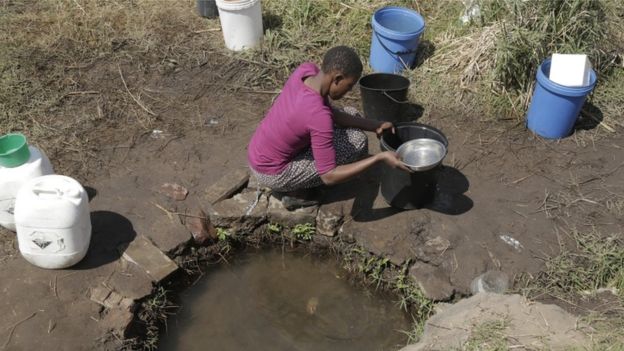 Farmers in many countries do not have reliable electricity supplies, sufficient infrastructure or skilled labor.

With technology, the government seeks to attract young people who have little interest in working directly in the field, but who do like technology.

It is an attempt by revive a key industry that every time has fewer people.

In almost a decade, the number of Japanese agricultural producers has fallen from 2,2 million to 1,7 million and the average age is 67 years.

Only 7% of Japan's active population is employed in the countryside, and most farmers work only part-time.

Topography greatly limits Japan's agriculture, which can produce only 40% of the food you need.

Around 85% of the territory is occupied by mountains and most of the remaining arable land is dedicated to growing rice.

This grain has always been the staple food of the Japanese.

The government grants subsidies to rice producers to maintain production in small properties of one hectare, but the change in eating habits has robbed this crop.

Per capita consumption has fallen from 118 kg in 1962 to less than 60 kg of rice in recent years. 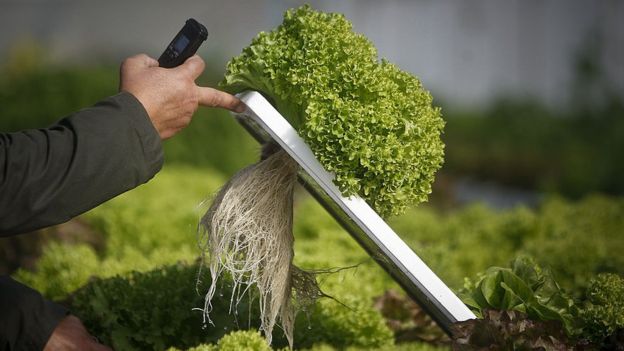 High technology has allowed the expansion of crops without soil.

Thus Japan has begun to promote the diversification in the field.

As there is no labor available, farmers turned to machinery and biotechnology research.

More and more drones are used in tasks such as spraying, doing in half an hour the work that would take a full day to any worker.

High technology has allowed the expansion of crops without soil.

Through production in greenhouses and hydroponics, Japan has been able to Expand your production of fruits and vegetables.

The Mirai Group company is a pioneer in the production of vertical food and currently harvest around 10.000 lettuces a day.

Productivity is one hundred times higher compared to the conventional method.

Despite of high energy cost represented by the method, the number such factories in Japan has tripled in a decade, to almost 200 current facilities. 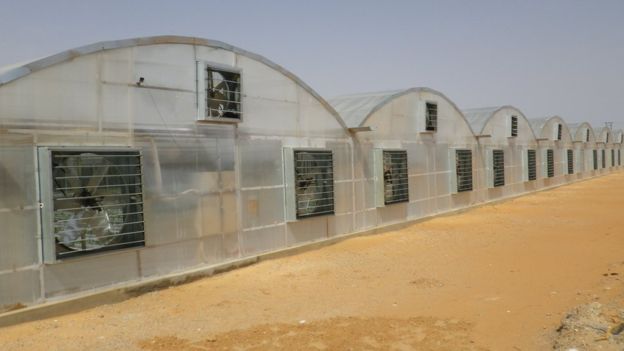 Japanese technology allows desert tomato production, as it is in Dubai.

The hydroponic market is growing worldwide and currently represents a little more than US $ 1.500 million.

And according to the Allied Market Research forecast, it is expected to multiply by four for 2023, reaching US $ 6.400 million.

With the support of technology, Japan has also committed to helping the countries of the African continent to double annual rice production to 50 million tons for 2030.

Specific projects are already being carried out in Africa.

In SenegalFor example, the Japanese invested in training agricultural technicians and in transferring mainly irrigation technology.

As a result, productivity increased from four to seven tons of rice per hectare and producers' incomes increased by approximately 20%.

The Japanese strategy is to promote private investment and expand trade in sustainable agricultural machinery throughout the African continent.

With the intention of helping reduce post-harvest losses, revitalize the food industry and increase rural incomes, in Japan the Ministry of Agriculture, Forestry and Fisheries of Japan formulated the Global Strategy of the Food Value Chain to implement it in developing countries like Vietnam, Myanmar or Brazil.

Source
with the BBC

Evaluation of Monitoring Traps and Lures for Drosophila suzukii (Diptera: Drosophilidae) in Berry Plantings in Florida