In addition, the container shipping sector enjoys estimated benefits for 2021 of US$150.000 million 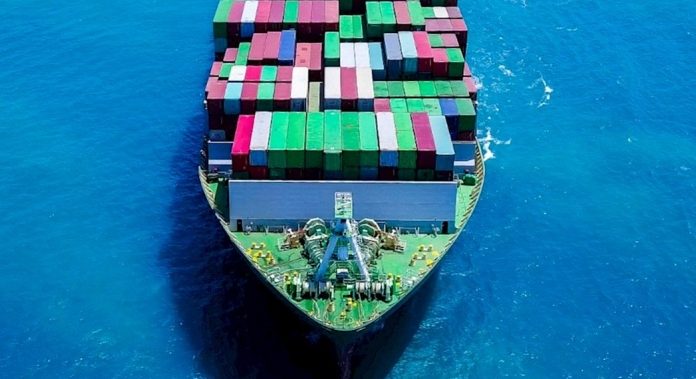 Shipping earnings are expected to remain strong well into 2022, marking another year of rising profits for shipping lines. In fact, the spot rate for a 40-foot container for the Asia-USWC route exceeded $20.000 last year, including surcharges and premiums, up from less than $2.000 a few years ago. Recently it was around $14.000.

The maritime industry analyst Lars Jensen In his Linkedin account, he specifies that average freight rates in the fourth quarter of 2021 increased by 80%, which is also below several rate indexes. As detailed the SCFI spot index has risen 170%, Drewry's WCI spot index has risen 179%. Meanwhile, the CCFI index of long-term contracts has done so by 192% and the CTS index (global that includes long-term contracts) by 136% (in the October-November period).

Data of Bloomberg point out that low container availability and port congestion mean that long-term rates set in contracts between shipping lines and exporters are 200% higher than a year ago, indicating that prices will be high in the near future.

According to Jensen, Maersk, for example, would have chosen to some extent to write longer-term contracts that are not subject to the short-term increases that characterize spot contracts.

But the world's second-largest shipping line couldn't be further from the grumbling than it is right now. With an EBITDA of US$8.000 million obtained only in the fourth quarter. Expectations for the full 2021 roundup are now for $24.000 billion EBITDA, $19.800 billion EBIT and $16.400 billion free cash flow.

The outlook doesn't look bad either for the container shipping industry as a whole, which posted an estimated $150.000 billion in profits in 2021, a nine-fold annual increase after a decade of struggling to make a profit.

Much of that huge slice will go to just 10 Asia- and Europe-based shipping lines, led by MSC, Maersk, CMA CGM and Cosco, which control nearly 85% of containerized shipping capacity. Twenty-five years ago, the top 25 shipping lines controlled about half of the world's capacity.

The economic performance that the shipping lines will continue to have will continue to depend on the great factor that has stimulated the high rates: the pandemic. In 2020 and 2021, the quarantines applied in various countries increased the consumption of goods in developed economies, triggering the high demand for containerized transport, bottlenecks in ports and the logistics chain, and the consequent shortage of capacity and containers.

Not so bad news from China

At the beginning of the year, attention has focused on China, a great supplier of the world's goods that is suffering a series of outbreaks due to the Ómicron variant in important port cities such as Ningbo, Tianjin, Dalian and Shenzhen, among others, whose effects on the supply chain rise exponentially given the strict "Zero Covid" policy imposed by the authorities, for whom the interest in stopping the advance of the pandemic is greater than that of maintaining the flow of the supply chain or that of the operation of the ports.

According to the latest media reports, Shenzhen has recorded a handful of cases of the delta variant since last week, while it reported its first Omicron infection on Sunday.

In Ningbo, the world's third-largest container port, which has been in partial lockdown for most days since the start of 2022, restrictions are being eased, making it easier for truck drivers heading in and out. the five container terminals of the port.

The news is also favorable in Tianjin, a key port in northern China, from where 18 locally transmitted cases with confirmed symptoms have been reported, data from the National Health Commission (NHC) showed on Jan. 18. This is the lowest daily figure in a week.

as quoted Reuters, NHC official He Qinghua noted that the risk of the Tianjin outbreak spreading to other areas was gradually diminishing as the new cases in the past three days were mainly from people who had been quarantined.

Flexport's Maritime On-Time Indicator, which measures the time from when cargo is ready by the exporter to when it is received by the importer, on the eastbound Trans-Pacific route, the average time in 2019 before the pandemic was 45 to 50 days. As of January 2, 2022, the figure reached a record 110 days. Similarly, in the case of Asia to Europe, the average transportation time before the pandemic was between 55 and 60 days, while the situation on January 2 was 108 days, figures that could be more extraordinary if the things in China get out of control.

Blueberries, Grapes, Avocados And Tangerines: The Successes Of Peru