The blueberry strongly boosts the growth of Peruvian agricultural exports

The main destinations of Peruvian blueberry shipments during the last month have been to the United States (56%) and the Netherlands (24%). 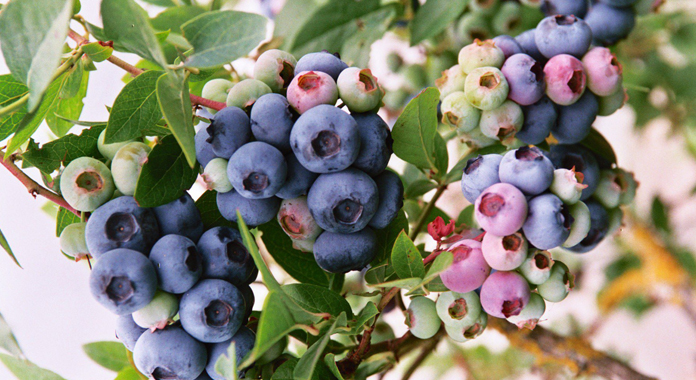 This great growth achieved in the current season is explained by the increase in demand and the good reception that some products have had in the international market, such as blueberries (34% share) and mainly grapes (12%).

The blueberry continues to grow

In the case of blueberries, Peruvian industry exports in October reached shipments of 56,829 tons, equivalent to returns of USD 332 million, which translates into 14% of exported volume and 11% more in value, compared to the same month last season.

This increase in supply, by the Peruvian blueberry industry, has also meant a small drop in prices (3%), reaching USD5.85 per kilo.

Regarding the main destinations of Peruvian blueberry shipments during the last month they have been to the United States (56% participation) and the Netherlands (24%). Volumes sent to the North American market reached 31,605 tons, achieving returns of USD187 million, which translates into 18% more in volume and 15% more in value compared to last season. The value traded per kilo in the North American market was USD5.92, 3% less than in the previous season. Among the main buyers of Peruvian fruit are Hortifrut Imports Inc., with 23% participation, and Camposol Fresh USA Inc., with 12%.

In the case of Peruvian blueberry shipments to the Netherlands, these reached 13,527 tons, which translated into returns of USD77 million, 6% less in volume and 1% more in value compared to the same month of the last season, the fruit was priced at USD5.66 per kilo, which means an increase in value of 8% more than last season, and the main buyers in the Netherlands were Camposol Fresh BV, with a 15% share , and Driscoll's of Europe BV, with 6% respectively.