The rise of Morocco: the attractive pole of investment for the export of blueberries

The area of ​​blueberries planted in the African country has increased 15.37 times since 2005, when the first plantations of the blue fruit began. More than 15 years later, its privileged location and political-environmental conditions continuously increase its annual production. 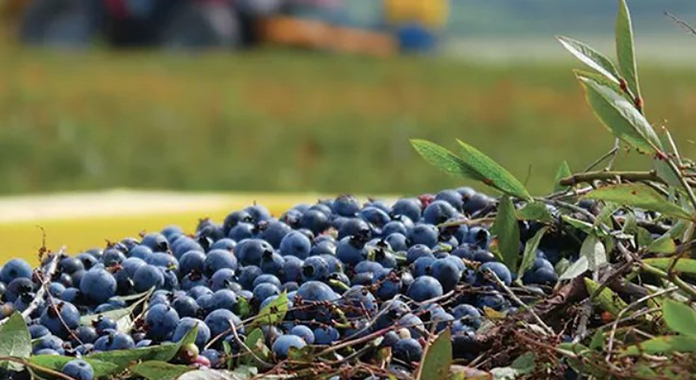 Located in North Africa, in a privileged location with access to Asian, European and African markets, Morocco has slowly built a reputation for its blueberry production.

In 2005, a handful of producers started growing this fruit. The first ten years the year-on-year growth was small but constant, while local producers became familiar with this new berry, its behavior and the needs it had, at that time, in the main producing area of ​​the country: Loukos Gharb, in the north of the country. .

However, from 2015 the growth was exponential. The increase in the interannual surface had a boom, reaching a growth of up to 500 hectares per year. This was driven by the arrival of foreign capital in Morocco, which, together with now experienced farmers, increased the plantations of the fruit in Loukos Gharb and created new cultivation areas in Agadir, in the center-north of the kingdom, and Dakhla to the south. By 2020, they managed to produce 35.100 tons of blueberries, 19 times more than what was obtained in 2005.

Despite the fact that 80% of Moroccan berry plantations are smaller than five hectares, a market for agricultural supplies has developed capable of supplying this growing industry. Agrochemical companies, technologies and agricultural structures have arrived in the African country following foreign investments that see the following benefits in Morocco.

The climate, labor and water are resources that are not lacking in the African country, and that only benefit blueberry production.

Loukos Gharb enjoys a Mediterranean climate, while moving south brings higher temperatures and less chance of rain in the other producing areas of Agadir and Dakhla. In general, the minimum temperatures reach between 5 and 15°C, creating a temperature difference with the day that is sufficient to create great-tasting fruits.

The boom in berries in the country is also explained by the high availability of labor at a "reasonable" value, as described by Mr. Amine Bennani, president of the Moroccan Association of Producers of Red Fruits (AMPFR), in Blue Magazine. The kingdom has a young and experienced workforce, with extensive agricultural technical knowledge. The availability is so great that, during the Spanish season, around 2000 workers cross the Mediterranean to work in the fields in the south of the European country.

Finally, unlike other countries, climate change has not yet wreaked havoc in that region. Loukos Gharb and Dakhla have availability of water for agricultural use, while in areas where it is more scarce, such as Agadir, there is infrastructure to irrigate the fields through desalination plants.

Although they have not been immune to the consequences of the pandemic, the geographical location of the Kingdom of Morocco favors it for the export of fresh fruit to high-value markets. “From the farm to the consumer in Europe it takes us 4 days, to Russia 6 days”, stated Mr. Bennani of the AMPFR in the magazine.

The growth of blueberries in Morocco boosted the export of fresh fruit over frozen ones. The quality of its fruit gained ground in the European market, which receives nearly 90% of its production, with its main destinations being Spain, England, the Netherlands, Germany and France.

Its location on the globe also gives it advantages to reach markets in North America (United States, Canada) and Asia (mainly China) with fresh and frozen products. These exports were the most affected by the pandemic, since, after the closure of the airspace, blueberry cargoes could not be dispatched from the Casablanca airport to Asian markets.

All the progress in the international blueberry market was helped by the trade agreements reached with the European Union, Turkey, the United States and the United Arab Emirates, for example. These agreements are not only an economic boost, but also a guarantee of the quality of its product as it must comply with strict regulations such as the European one.

Large-capacity ports, extensive highways, water infrastructure and tax benefits are part of the socio-political context that has promoted the Kingdom of Morocco for the development of agribusiness in the country.

The country has 1800 kilometers of highway and one of the largest ports in Africa, Tanger-Med, near Agadir. Added to these benefits is the exception of the collection of taxes on agricultural supplies.

The pandemic affected not only exports to farther destinations by air cargo, but also the labor dynamics within the farms, who had to respect the strict sanitary measures of the Kingdom of Morocco.

However, Moroccan industry remains ambitious. Without falling behind world trends, they seek to increase the varietal availability of the country, in order to have availability of blueberries throughout the year. The southern areas, such as Dakhla, start in October, while the northern ones during January, reaching a peak in March and ending in July. Now, foreign companies are working to create crops in the highlands of the country, which can begin production in August, closing an annual production cycle.

Technical practices such as the use of substrates in new crops in the south of the country are surprising with their quality results. More information on the progress and opportunities of this market will be discussed in the XXII International Seminar on Blueberries Morocco, on June 9 at the Hyatt Regency hotel in Casablanca.

The director of INIA, Dr. Iris Lobos, gives her vision on the role of the institution in the future of Chilean agriculture

Chile: Producers of cherries and blueberries from Ñuble recognize "a season to forget"