The good use of plastic mulches in intensive agriculture

Weed control, increased soil temperature and water savings are some of the benefits they bring to the crop. 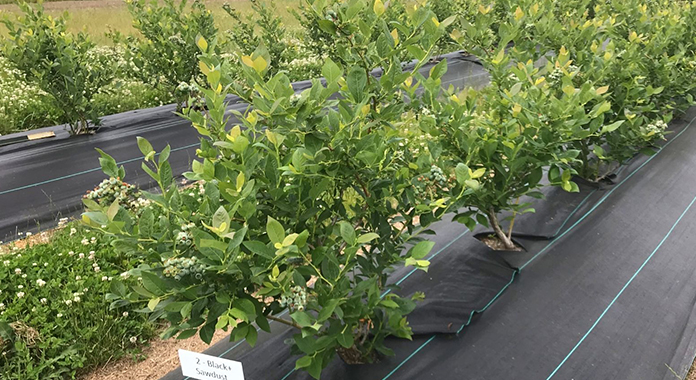 The use of plastic mulches in intensive agriculture is a common practice that entails several benefits for the crop. To name some of them we can say that prevents weed growth which then compete with the crop, soil temperature rises, generating greater growth of the crop and decreases evapotranspiration of water from the soil, an increasingly important factor considering the lack of rain in some regions.

But like any practice applied to the agroecosystem, it has its disadvantages when all the intervening parameters are not controlled. I am referring mainly to the plastic waste that is generated and how it affects the environment.

Fortunately, and for more than 20 years, different types of mulching or biodegradable padding that, once the crop is harvested, the remains of plants and bioplastics are incorporated into the soil, avoiding contamination with residues and generating a greater accumulation of organic matter.

The importance of microorganisms

The degradation of bioplastic, no matter how thin or tiny it may be in size, would not be possible in the short term without the indispensable help of microorganisms present in the first few centimeters of soil. But of course not all microorganisms have the capacity or "appetite" for these petroleum-derived materials.

An interesting research project is currently developing the Biodegradable Padding Operational Group, under the name ACBD+ and its objective is to investigate the compounds necessary to formulate a biodegradable padding that responds to the particularities of the Region of Murcia, Spain and achieve, after use, that it biodegrades in the shortest possible time using native microorganisms.

To do this, tests are being carried out in the laboratory with the plastic materials created, where the mechanical resistance of the formulations, aging speed against sunlight in a UV chamber and disintegration and biodegradability tests in soil are analyzed, simulating the conditions of cultivation fields, with and without the inoculum of microorganisms present in the field.

"The objective of these tests is to assess the rate of biodegradation of the formulations created, comparing them with the biodegradable commercial mulch commonly used, and where appropriate, modify them to adapt them to the agroclimatic conditions of the Spanish Southeast", explains the doctor in CC. environmental, Lupe Leon Sanchez.

The management of plastics, a pending issue at European level

Currently, and unfortunately, the European Union occupies a good position in the world ranking of poorly managed plastic. In the case of Spain, for example, according to data from the World Bank, it was not managed correctly about 45.000 tons of plastic in 2010. A worrying figure if we think about where this enormous amount of plastic has gone…

One possible solution could be sourcing new plastics from renewable sources, but that wouldn't help with the millions of tons that have already been released into nature. That is why, from the European Commission, they are already taking action on the matter such as the first package of measures proposed in March 2022 to accelerate the transition to the circular economy, tackling the presence of microplastics in the environment.

A promising new finding in the degradation of plastics

Recently, a scientific team from the Kyoto Institute of Technology (Japan) has just discovered a b unknown to date that it is capable of digesting and assimilating plastic, that is, that it can live by feeding on PET (Polyethylene Terephthalate), one of the plastics most used by the food industry to package mineral water, soft drinks, oils or pharmaceutical products, among others.

The newly discovered bacterial species is known as Ideonella sakaiensis and it is able to almost completely degrade a thin PET film in just six weeks at a temperature of 30 degrees, according to what the scientists were able to find out.

Although the discovery of the new bacterium is great news for our planet, there is still a lot to research and develop, considering that a large-scale "plastic decontamination" must be carried out.

Overall, the consumer experience with South African blueberries is exceptional.