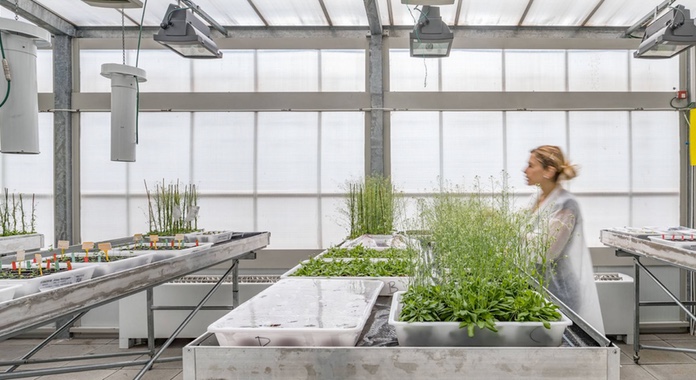 In nature, when there is no water, the plants stop growing. Scientists have taken advantage of this natural defense mechanism in recent decades to design plant varieties resistant to the drought. The problem is that if the plant slows its growth, it can ruin a crop. Now, a group of researchers has obtained plants that continue to grow in extreme situations of drought. They have achieved it with an herb, but the next thing is going to be to try it on cereals.

In the last 40 years, the portion of the planet that suffers droughts has doubled. According to data from the United Nations Food Organization, each year 12 millions of hectares of land are lost the advance of desertification. Climate change threatens to accelerate the process and countries like Spain or Mexico are in the front line. So, it is urgent to better manage the available water and obtain plant varieties that can withstand long periods of drought.

After 12 days without water, almost half of the modified plants were still alive and growing, compared to 20% of the non-manipulated ones

This is what the scientists of the Agrigenomics Research Center (CRAG) They genetically modified specimens of Arabidopsis thaliana, the closest thing to a laboratory mouse but in a vegetable version and the first plant to which the genome was sequenced. What they did was about expressing a cellular receptor for a plant hormone (the BRL3, a brassinosteroid) that regulates growth, being key in the processes of expansion, division and cellular differentiation of the younger tissues of the plant.

"With gene overexpression we multiply the number of steroid receptors in vascular cells by five," explains the study's senior author, CRAG professor and CSIC researcher, Ana Caño. Under drought conditions these enriched BRL3s trigger the accumulation of sugars in the most tender stems and, in particular, in the roots. "Plants need water to make sugars, but when they accumulate in the roots, they do not perceive that water is lacking," adds Caño.

Under normal conditions, the roots move and twist looking for water in a process called hydrotropism. If there is not, it is the plant and not the soil that gives up its moisture by osmosis until it dries. In the A. thaliana modified, glucose, fructose and other sugars are osmoprotectors, isolating roots and stems. After an extreme period of drought, 12 days without a drop of water, 44% of modified plants survived, compared to 20% of plants used as control, according to the study published in Nature Communications.

"And without stopping growing", clarifies Caño. Whether by silencing some genes or by over-expressing others, previous studies had found plants resistant to drought. There are even commercial varieties where GMOs are authorized. But what these works do is to imitate the natural process: without water, the plant stops growing and, as time passes, it begins a process of programmed cell death. In this investigation, whose first authors are Norma Fàbregas and Fidel Lozano, the manipulated gene protects from water stress but without stopping growth.

Caño, Spanish representative in the international research consortium with Arabidopsis remember that it is "an herb." What needs to be done now is to repeat these promising results in species of interest to agriculture. Since 2016, when the European Research Council selected its project for one of their aid, the Caño team investigates with sorghum and replicate in this dry cereal the results obtained with the Arabidopsis thaliana. Then they could come wheat, rice, corn ...

Sanitary and phytosanitary controls, one of the 8 areas most affected by Brexit