Ramón Hernández, from Perlahuelva: "Blueberries are becoming a volume business and in the end it will become a commodity" 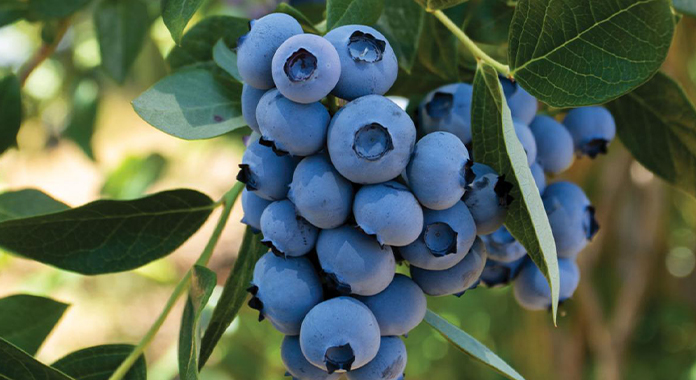 The blueberry campaign will have 2% more area this year in the province of Huelva, growing to represent 30,5% of the 11.802 hectares of red berries that have been planted for the 2022/2023 campaign.

"In Perlahuelva we started harvesting our blueberries yesterday," says Ramón Hernández. "We grow the Matías, Windsor and Star varieties, with which we try to cover the 6 months of the campaign, although we also have some Legacy that we grow without plastic and outdoors, and which is harvested in summer." In fact, this variety, as well as the later ones, could become very interesting for the Huelva campaign, shares the general director of Perlahuelva.

“The sector in general is looking for new windows outside of the months with the highest typical production in the province, which are April and May, in which the market is not capable of absorbing all the volume that is harvested at the same time. Legacy, for example, has its harvest window in June and July, months that have historically been filled with fruit from Portugal, Northern Spain and European productions."

"On that date there is competition from more origins, including Poland, which is very strong in blueberry production, but it has nothing to do with the months of February, March and April, despite the fact that we only have competition from Morocco," Explain. 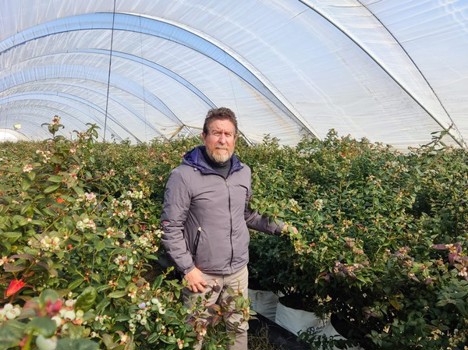 "A long time ago, the months of December and January were months of very correct prices for blueberries, which cost up to 9 euros per kilo, but today those price peaks are disappearing. We see that blueberry prices have stabilized and, since the overseas fruit began to reach the European market in October, they no longer rebound at any time as they did years ago, and if they do, it is only with very small differentials; except in April and May, when they completely sink. In those months, even the price differential has dropped a step of 2-3 euros: while four years ago 5,5 euros per kilo was a low value, now we are talking about 3,5 euros”.

And it is that in Morocco, the great competitor for blueberries from Spain in those months, the growth of the crop is being exponential. "I think that Morocco is going to take the leading role in the European blueberry market, the big players in the industry are leaving there and huge areas of blueberries are being established in the country, unlike here in Huelva, where they are mainly grown by small and medium farmers”, remembers Ramón. "Blueberry is becoming a volume business and if it continues like this, it will eventually become a commodity."

"We need our leaders to be aware that we are a strategic sector"
The Andalusian fruit and vegetable industry as a whole works continuously to improve the competitiveness of an activity of great social and economic significance in the autonomous community. It must be remembered that the fruit and vegetable sector elevates Andalusia to the head of exports in this segment at a national level; According to the latest Extenda statistics, it represented more than 40% of fruit and vegetable sales in all of Spain between January and October 2022, and Huelva, led by the red fruit sector, was the second largest exporting province. However, the increasing impact of imports, as is the case with blueberries, makes the sector look to the future with some concern.

“We need our leaders to be aware that we are a strategic sector and that the same thing that happened in the past with sectors such as textiles cannot happen with agriculture, which was allowed to leave Spain to other countries, impoverishing our productive capacity. And not only that, in COVID we were able to realize that we did not have the capacity to produce or masks ”.

“There should be a greater commitment to make hydraulic policies and to carry out greater investments in technology for agriculture, as necessary and strategic as the sector itself. There is one basic thing that we will do all our lives, and that is to feed ourselves; and all the food comes from agriculture”, remarks Ramón.

After a trip to China, the President of ASOEX was optimistic about the cherry season

The varietal offer and competitiveness strategies will be reviewed in the...