Jorge Retamales: The World Blueberry Tour will allow to verify the high diversity of growing areas and management practices 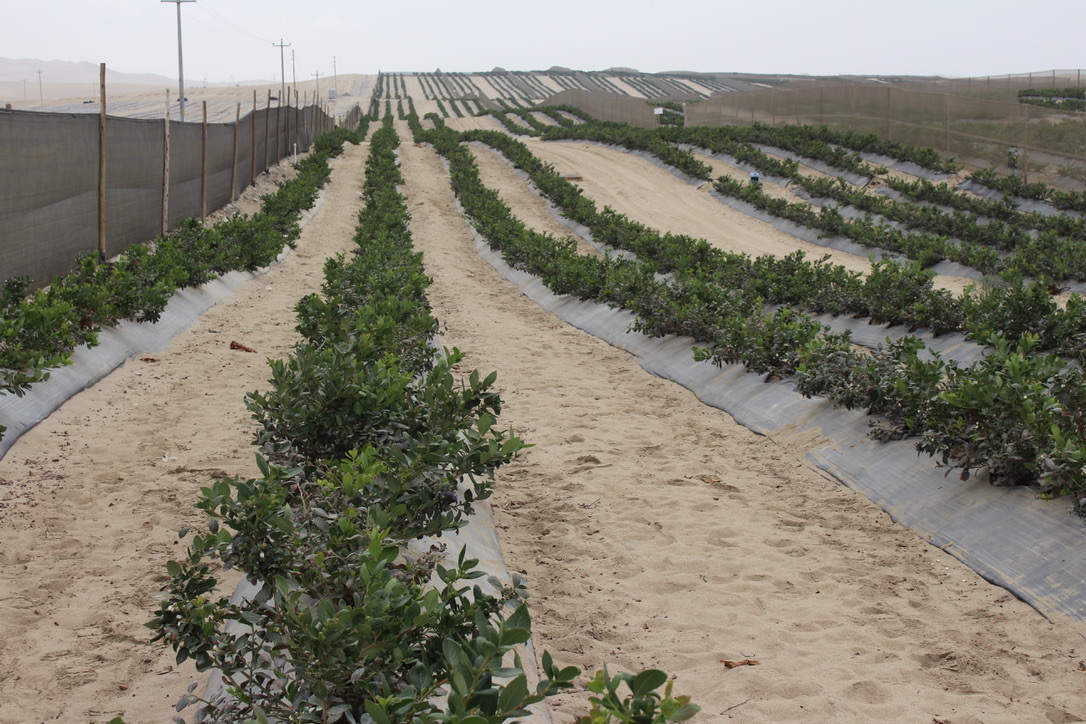 Professor Jorge Retamales is one of the most relevant scientific figures in the field of study and research on the different aspects of blueberry cultivation at an international level, for which we share part of his opinions on the global reality and the initiative to visit the main countries where the industry develops.

What do you think of taking a World Blueberry Tour through the main producing countries, covering several continents in two years?

I think it is a very interesting idea, as it will allow us to verify the high diversity of growing areas and management practices. Thanks to the expansion of its cultivation to different areas and latitudes, the blueberry has gone in 30 years from being a niche fruit tree (in which it was consumed by certain people, particularly in North America and Europe) to a fruit with production and globalized trade, in which a consumer in the northern hemisphere can consume fresh, high-quality blueberries every day of the year.

"A world tour will allow participants to observe the behavior of various varieties under contrasting environmental conditions, as well as the practices developed in each area to allow the full expression of the genetic potential of the different varieties."

This change not only required adjustments in its commercialization, but also an expansion in genetic improvement, to create plants that adapt to a wide range of environmental and management conditions. This improvement began almost 70 years ago, by incorporating germplasm from various ecological zones into the new varieties. These new varieties were tested in different latitudes and their handling adapted to have high yields and quality, maintaining the postharvest life of the fruit. This is how throughout these years new countries and productive zones have been incorporated, each of which poses new challenges and demands in the producing countries for technological development to generate the management that allows optimizing their cultivation. 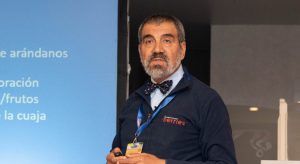 In this context, a world tour will allow participants to observe the behavior of various varieties under contrasting environmental conditions, as well as the practices developed in each area to allow the full expression of the genetic potential of the different varieties. In each zone there is a constant search to adjust the management in order to achieve the maximum benefits (yield, fruit quality, postharvest life) at the minimum cost. Some of these managements could be practicable in other productive zones to improve productivity and quality, alter the harvest season, as well as to reduce production costs.

What can the Latin American experience deliver to other producing countries?

As of 2010, Latin America contributed about 17% of the total volume of blueberries worldwide; That figure grew to around 28% in 2019. The Latin American countries with the highest export volume are Peru and Chile, followed at a distance by Mexico, Argentina and Colombia. Of these countries, Chile is the one with the longest history, as the first blueberry plants for experimental purposes entered the country in the late 70s. The first commercial plantations began in the mid-80s.

"In each area there is a constant search to adjust management in order to achieve the maximum benefits (yield, fruit quality, postharvest life) at the minimum cost"

The crop took off slowly in the following years, until at the end of the last century and the beginning of the present there was a strong expansion derived from the high profitability of the crop. In contrast to this, the expansion of Peru has occurred in the last 10 years, with high yields and quality of fruit that have been displacing the Chilean supply at some moments of the season. Between these two great producing countries (Chile and Peru) there are great contrasts, not only in their varieties, production time and environmental conditions (soil and climate), but also in the physiology of the plant, which affects the marked differences in management that the producers of both countries do to optimize the yield and quality of the fruit produced.

What can we find in the African, European or Chinese experience?

While Europe has a long tradition of producing blueberries, Africa and China are just entering the market with their first commercial plantations. As reported by Retamales and Hancock (2018), the first experimental blueberry plantations in Europe were made in the Netherlands about a century ago. From then on, from the United States, blueberry plants were sent to various countries in Europe (Poland, Germany, the United Kingdom, France and Spain). After a technological development with varying degrees of advance, the first commercial plantations began between 1950 and 1970 in the United Kingdom and Germany, while Italy, the Netherlands and Poland began the commercial cultivation of this fruit in the 70s. Spain just entered to cultivate blueberries commercially in the 90s and together with Poland they are the most important producing countries in Europe. Similar to what was reported for Chile and Peru in Latin America, Poland and Spain (Andalusia Region) contrast in their environmental conditions, cultivated varieties, used handling and destination markets.

“The blueberry has gone in 30 years from being a niche fruit tree (in which it was consumed by certain people, particularly in North America and Europe) to a fruit with globalized production and trade, in which a consumer from the northern hemisphere can consume high quality fresh blueberries every day of the year ”.

In the case of Africa, South Africa started its first commercial plantations in the 90s, but its greatest period of expansion occurred in the XNUMXs. An African country that joined the commercial cultivation of blueberries late (in the XNUMXs) is Morocco, which has had a great expansion in recent years, exceeding Spain's production in volume and hectares.

Finally, China is also a recent player in the world of blueberries because, although it entered its first plants in the 80s, the great expansion began in the last decade. There are reports that indicate that it would have reached second place in planted area, only being surpassed by the United States. Given the great diversity of climates and soils in that country, there are areas that produce different types of blueberries with different management systems and obtain quite different yields and fruit qualities. This may be of great interest to technicians and blueberry producers from other latitudes.

Jorge Retamales Aranda, is an agronomist from the University of Chile, Master of Science and Doctor of Philosophy from Michigan State University, USA. Currently the Division Leader of Vines and Berries of the International Society for Horticultural Sciences (ISHS).

The renowned research professor and international consultant will have a permanent presence in the different local programs with which the World Blueberry Tour will visit each blueberry-producing country in the next two years.

Agtech: the common strength of Chile and Argentina that excites investment funds

Growing organically is a daily challenge and a way of life