The delay in port operations has caused importers and exporters of fresh produce to prefer air transport. 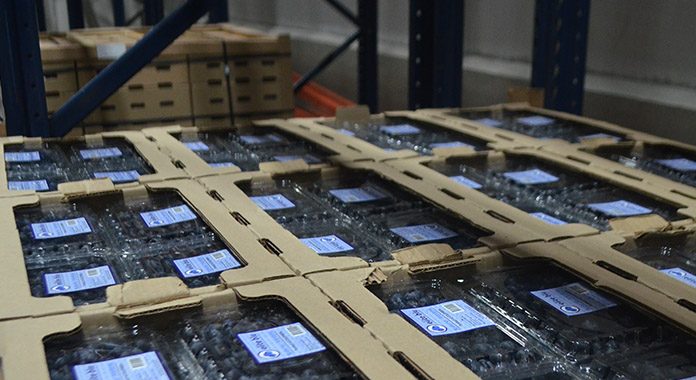 The pandemic disrupted the rhythmic choreography of port movements, increasing the time it takes for a cargo to reach its destination. It is those extra days that endanger the quality of exports such as fresh fruit. In the long lines to unload produce, the fruit may overripe or spoil.

It was the lack of dockworkers due to sanitary restrictions combined with the effect of quarantines and social benefits, which increased the demand for products in the market, causing US ports to have dozens of ships waiting to unload containers. And globalization caused a knock-on effect, affecting world port operations.

According to the Financial Times published in August, about 350 ships are waiting their turn to load or unload containers in ports around the world.

"Since shipping and delivery take more than a month, there have been cases where the fruit spoiled or became less fresh before reaching Korea," a spokesman for Emart, a Korean supermarket chain, told Korea Joongang. Daily. "Instead of shipping by sea, we are working fast to increase the proportion of air shipments."

If before it took 40 days for Chilean cherries and blueberries to arrive in Korea, now it only takes 4 to 5 days by air cargo. From California, it takes 3 to 4 days for grapes by plane, ten times less than by ship.

"It takes less than a week for the fruits to arrive at each of our branches from the country of origin, and it is fresher than obtaining them by sea freight," the Emart spokesperson informs Korea Joongag Daily.

This year the proportion of products received by plane at Emart increased by 26% compared to last year.

The port traffic jam has created a growing trend of preferring air transport over sea transport. Although the first option is more expensive, many companies are choosing to bear that cost rather than risk losing more investment waiting for their fresh produce to enter the port of destination.