In the Miraflores neighborhood, the 2016 International Seminars cycle ended 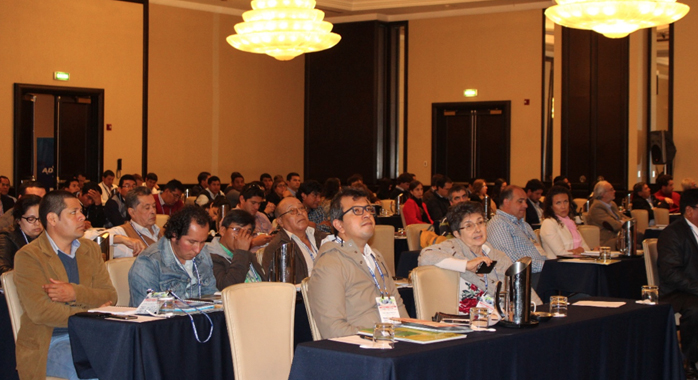 As an initial conclusion of the cycle, it follows that the demand for blueberries in international markets is not only maintained, but is increasing, due to the increasingly massive demand for healthy eating, which implies that the cultivation is profitable and it still has a lot of range to continue growing, in fact, the Peruvian industry is preparing to double its production next season ...

In the Miraflores neighborhood of Lima hundreds of producers and diverse actors of the Peruvian blueberry industry met, along with dozens of attendees from different Latin American countries and from Europe, Mexico and the USA, ending the cycle of International Seminars organized by Blueberries Consulting and AGQ Labs, with the meeting "Peru and the cranberry industry: Towards technical, productive and commercial consolidation".

The successful journey of 2016 International Seminars began on April 28, with "Chile, leader of the cranberry industry: New competitors, new challenges, new strategies"Held at the Hotel Monticello in Santiago de Chile, and continued in Guadalajara, Mexico the 29 and 30 of June, with"Cranberry cultivation in Mexico: Technical analysis, productive management and commercial development".

In all the meetings, the quality of the rapporteurs and the topics dealt with, qualified at a high technical level, were highlighted. Also noteworthy was the mass and participation of those attending the events, with various questions to the rapporteurs on issues essentially linked to production and the garden, especially in the meetings in Guadalajara and Lima, where a large number of producers attended.

As an initial conclusion of the cycle, it is clear that the demand for blueberries in international markets is not only maintained, but is increasing, due to the increasingly massive requirement of healthy nutrition, which implies that the crop is profitable and It has a long range to continue growing, in fact, the Peruvian industry is preparing to double its production in the next season.

The other thing that also follows as a previous conclusion, is that, although the demand is maintained or increases, it is increasingly demanding in terms of quality and condition of the fruit on its arrival in distant international markets, so there is that strive to produce not only a fruit of good caliber or firmness, but also have to worry that arrives with good taste and sweetness to the final consumer.

The 2016 International Seminars cycle was a success and demonstrates that the Latin American blueberry industry is in full development and much in need of more and better information. It is an industry interested in learning about new research, acquiring new knowledge and very prone to apply new technologies in their crops.