Overall, the consumer experience with South African blueberries is exceptional. 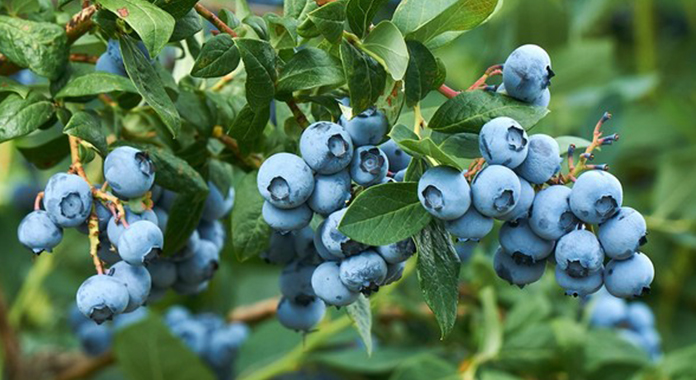 Blueberries from the northern provinces of South Africa are starting to arrive. The first exports will start in a week or two.

"Everyone is recovering from last year's tough season and everything is being done across all value chains to try and get a quality product out on time," says Brent Walsh, CEO of BerriesZA.

He underlines that the impressions that the organization (representing blueberries, raspberries and blackberries) received from buyers and customers of the retail at the Fruit Logistica fair in Berlin this year indicate that they continue to bet on South African fruit.

Last year was an anomaly, Walsh explains, with many rain events occurring very late in the year in the Western Cape, where most of South Africa's blueberries are grown. The December rains were particularly bothersome and unusual, as this is when the blueberries are harvested and shipped directly for export; while exporters encountered shipping and loading delays that compounded quality issues.

“It is understood that there were extenuating quality circumstances last year, but it is of the utmost importance to maintain the historical expectation of receiving high quality fruit from South Africa. There is not much we can do about the rain, but we can monitor and control what is packaged and shipped. Thus, exporters have to do with minimizing logistical challenges. The implications of not shipping containers on time are very considerable,' he says.

“By working on our timing and logistics, we can give shoppers some security around arrival times and volumes, so they can manage what they have on the shelves.”

Walsh's job is to make sure the cranberry industry is heard and prioritized, able to voice its needs in order to preserve its credibility and shelf life. He says the lesson learned from the past year has been to make sure to collaborate as much as possible with exporters, shippers and industry bodies like the Fresh Produce Exporters' Forum, which now has a dedicated logistics resource.

"Shippers are well aware of what the recent challenges have been, but there have been some constructive discussions and there is a drive to improve logistics."

Market access to the Far East, India and Israel

Blueberries generate a lot of export value, Walsh adds, and most of his time revolves around opening up new markets.

“A lot of work is being done with Japan right now to see how to favor the access of South African blueberries to that market. Our priority is the Far East – everyone has China on their target list because it is a country that makes a lot of sense from a volume perspective.”

South Korea would be another very good market, despite the fact that there are "quite a few difficulties" in opening that market. South African blueberries already have a presence in Malaysia, Singapore and Hong Kong, as well as in some countries in the Middle East.

Israel and India are two other potential markets that they are considering. Walsh notes that the National Agriculture Government has been doing a "fantastic job" keeping them informed of the phytosanitary requirement processes that BerriesZA helps facilitate.

“We have been doing the north-south route for quite some time now, we are very familiar with the EU and UK markets, which continue to be a priority to preserve and care for.”

As a result of the campaign that BerriesZA carried out in German specialized media last season, blueberry exports to Germany have increased quite a bit, according to Brent Walsh. This season they will once again target specific export markets at specific times.

Likewise, they have acquired data from the retail on the domestic consumption of blueberries; Walsh maintains that "without a doubt" the South African market has not yet given its best.

Previously, Walsh was COO of the Sport Science Institute in Cape Town, before deciding to apply for the role of CEO of the South African berry industry body. "From an operational point of view, there are certainly many similarities between the Sports Science Institute and BerriesZA," he explains. "Both are nonprofits with a similar operating style from a management perspective."

BerriesZA's board of directors is highly technically savvy, but they have realized that they lack an executive team to maximize the opportunities in the industry, to create additional capacity to fuel the growth of South African blueberries and let non-executive directors have time to run their farms or export businesses.

He points out that BerriesZA's general manager, Elzette Schutte, has extensive experience and contextual knowledge of the berries, with a solid knowledge of the market, so there is no need for a CEO to bring that to the organization.

"It's an exceptionally upbeat industry where everyone is trying their best and everyone has been very open to sharing knowledge with me."

As the 2022 blueberry harvest picks up pace, they keep an eye on logistics traffic. Delays with citrus could have consequences for summer fruit.

At the very least, Walsh says, container prices are starting to flatten and container costs are starting to come down. “It is starting to move in the right direction. Of course, we would like the movement to be faster, but at least there is the commitment and the intention to improve compared to last year from an operational and logistical point of view.”

With great attendance from the blueberry world, the International Blueberry Seminar was held in Trujillo

The good use of plastic mulches in intensive agriculture