Spain: Quality and successful attendance at the International Blueberry Seminar 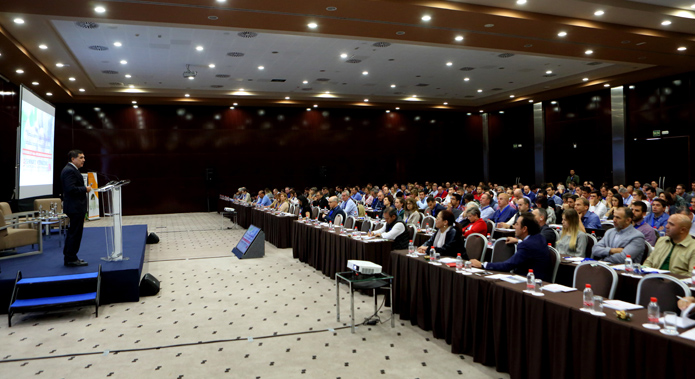 Yesterday the ninth International Blueberry Seminar was held in Punta Umbría (Huelva), the first edition in Spain and Europe of a series of professional seminars that has already been held in Chile, Peru, Mexico and Argentina. The expectations of this seminar were very high and ambitious, but these were overwhelmed by the great interest of the European agricultural and arandanero sector.

Huelva was the province chosen to assume its international sales more than the 95% of the export of red fruits from Andalusia, as it is the most exporting province of Spain of these types of crops and by the efforts of research, innovation, production and commercialization that have converted to the Andalusian province in the largest European producer of red fruits with sales of strawberries, raspberries, blueberries and blackberries all over the world but mainly to European countries such as Germany, United Kingdom, France or Italy.

Almost 450 people, an 20% of them of international origin, attended the eight technical and commercial presentations of international experts who gave the keys to perform a previous preparation of the land, a management and nutritional monitoring of the crop and a post-harvest suitable to obtain a fruit of quality and attractiveness for the markets and the consumer. The global commercial situation of this product, which has more and more consumers around the world demanding quality and flavor, attracted by the great health benefits attributed to this fruit, was also discussed.

AGQ Labs and Blueberries Consulting, as organizers of the event, thanked all attendees and more than 20 corporate sponsors for their commitment to strengthening and modernizing this sector, and to Freshuelva and Extenda (Andalusian Agency for Foreign Promotion) their institutional support to achieve that cranberry and Andalusian products are a benchmark in the global agri-food market. Precisely Freshuelva is an example of regional associationism and international collaboration between producers to promote technical knowledge and profitability of these crops.

After the great success of this first edition in Spain, the future celebration of a larger event with a larger format that welcomes all the European and global arandanero sector is already considered.
Source: freshplaza.es

"The Andalusian agri-food products, and among them the blueberry, must be sold as an emotion"