Spain: Minister of Agriculture, Fisheries and Food, is committed to strengthening the trade association between Europe and Africa

Africa represents 3,6% of Spanish agri-food exports, so there is great room for growth. 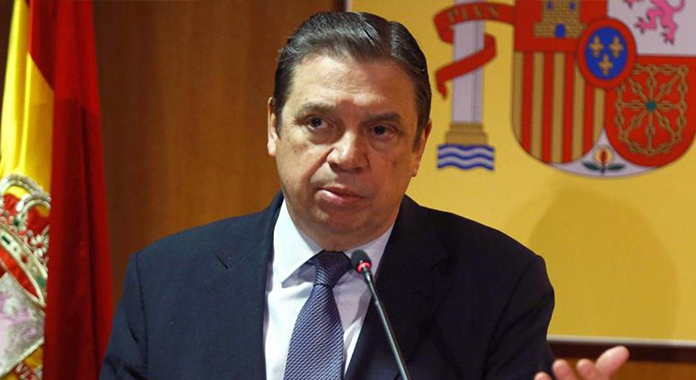 The Minister of Agriculture, Fisheries and Food, Luis Planas, has defended the convenience of strengthening the commercial association in agri-food matters between the European Union (EU) and the African Union (AU), after the Covid-19 pandemic has highlighted the importance of maintaining open international markets to strengthen supply chains.

Planas, who has participated by videoconference in the Conference of Ministers of Agriculture of the EU-AU, explained that there is much room for the growth of trade between the two continents in both directions. The Last year, the EU exported € 184,3 million worth of agri-food products to Africa, having a positive trade balance of 62 million euros. European agri-food exports to Africa barely represent 9,4% of the total, which in the case of Spain drops to 3,6%. The EU countries are the destination of 15,2% of African exports, and in Spain they represent 8,7%.

Relations with the EU

Maintaining trade flows has been key, according to the minister, for the resistance of the agri-food sector to the pandemic, and international agreements should serve as a lever for change in the production model. But not at any price.

In order to strengthen these relations with the EU, Planas has encouraged countries to advance the development of the African Free Trade Agreement (AfCFTA, for its acronym in English) among the 55 African member states of the AU that came into force in 2029. The minister has congratulated his African colleagues for the initiative, because “in the field of international trade, unilateral actions generate unnecessary trade imbalances and conflicts ”and it is convenient to place oneself in multilateralism,“ where dialogue, collaboration and the search for consensus prevail ”.

Planas has given as an example the case of the EU, a single market made up of 450 million consumers and 22,5 million SMEs in which the free movement of goods is guaranteed and the highest safety standards in the world are established for the protection of consumers and the environment. The minister has stressed that regional trade integration is more important than ever and has ensured that the AfCFTA can help strengthen agri-food chains in Africa

The conference of EU-AU Agriculture Ministers has addressed the development of sustainable food systems and responses to the Covid-19 pandemic. Luis Planas has intervened presenting the results of the panel 4 debate, regarding "regional trade integration for greater consumer access to safe food, food security and improved value chains", which has been introduced by the Secretary General of Agriculture and Food, Fernando Miranda.

Spain is an observer state in the UA, with which it collaborates on two lines, peace and security and economic development, which includes animal resources, agriculture and rural development.