The new figure, which even exceeds those registered before the COVID-19 pandemic, was largely due to the recovery of local production and higher international prices. 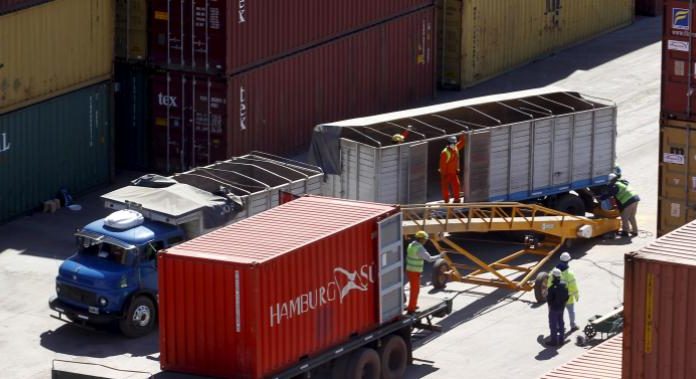 Peruvian exports achieved a new record in 2021, reaching US$56.241 million, a growth of 35% compared to 2020, the Ministry of Foreign Trade and Tourism (Mincetur) reported on Wednesday.

The new figure, which even exceeds those registered before the COVID-19 pandemic, was largely due to the recovery of local production and higher international prices.

For its part, imports last year reached US$ 46.438 million, higher by 37,2%, which allowed the total foreign trade of the Andean country to have added US$ 102.679 million, the "highest historical value".

“In this way, Peru has growth rates higher than those of Latin America and the world, in addition to a trade surplus in favor of Peru of US$9.803 million,” the institution highlighted in a statement.

According to the head of the Mincetur, Roberto Sánchez, "this milestone" has been possible thanks to exporters, farmers, workers, longshoremen and all those who participate in the export chain.

The portfolio detailed that the productive sectors that achieved positive figures in their exports last year were, among others, the metallurgical sector, higher by 75,9%; steel in 74,7%; jewelry in 64,3%; fishing in 34,7%; and mining at 33,5%.

The export of the textile/clothing category reached US$ 1.731 million, 68% higher than in 2020, due to the greater sale of cotton products, which grew by 68%; and wool and fine hair products at 65%.

Regarding copper, which is the main Peruvian export good, it showed an expansion of 36,7%.

The Mincetur added that Peruvian products reached 170 markets, and the main destinations were China with 33% of the total exported, the United States with 13%, the European Union with 12%, and South Korea and Canada with 5% each. one.