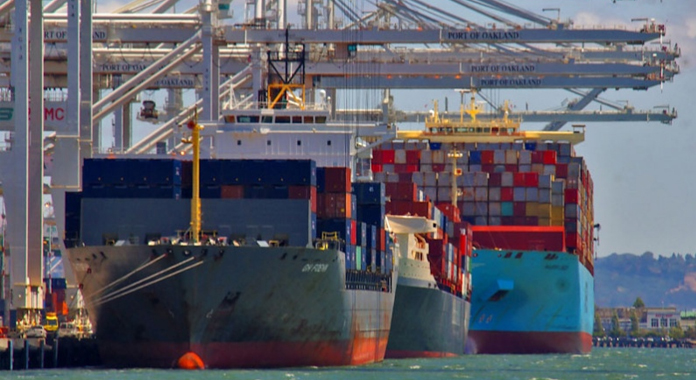 A coalition of 76 groups representing various US agricultural exporters is taking advantage of the historic peak shipping season, which presents significant delays in container shipments, to promote regulatory changes that seek to curb alleged abuses by shipping lines. That is why this week they sent a letter to the White House warning that the measures adopted so far by the Biden government to address the problem are not enough, he reported. Freightwaves.

They claim that the operational tactics that shipping lines continue to use are burdening exporters with irrational costs and taking away opportunities in the foreign market. "Shipping lines are increasingly rejecting or canceling cargo holdings for export, while frequent ship delays and cancellations with little or no notice to our exporters is delaying shipments for weeks or even months," stated the groups. "The resulting inability of shippers to deliver their products on schedule affects the reliability of US exports and consequently lowers the value of exports and market share."

The coalition noted that the cost of shipping a container has increased between 300% and 500% in the last two years, causing US producers to lose between 10% and 40% of the value of their exports and 22% of sales abroad.

"With the waves of Christmas imports soon to arrive, the challenge is growing," they wrote. “Regulatory and law enforcement measures take time to implement, and while these important processes must move forward, we ask you and your administration to take effective steps to obtain immediate relief. Recognizing that relief can be incremental, it should start very soon.

Among the "short-term" actions the coalition seeks from the White House are:

-Direct the Department of Justice to review the existing transportation law to determine if the enforcement tools of said law can be activated to achieve compliance with the other provisions of the law that establish reasonable practices.

The ATA and the Agricultural Transportation Coalition are also among 156 companies and trade groups that have supported the Maritime Transportation Reform Act that aims to address systemic supply chain issues and port disruption, including shipping lines detention and demurrage policies that shippers claim are unreasonable.

The shipping lines and their representatives insist that they have been operating within the legal limits of the Shipping Act and that any operational action affecting rates, fees and service to exporters has been a direct result of the unprecedented demand. of US imports.

On the other hand, FMC President Daniel Maffei said recently, following a meeting between the FMC and his regulatory counterparts in the European Union and China, that no evidence has yet emerged among the three agencies that shipping lines are manipulating container markets or colluding rates within alliances.