Genetics, irrigation, nutrition, biostimulants and commercial challenges of cranberry: The central themes of the seminar in Spain

The XIII edition of international seminars of Blueberries Consulting was held last October 30 in the city of Madrid, an opportunity that served to deliver specialized knowledge to an important group of attendees who consider essential to be perfected to be competitive in international markets 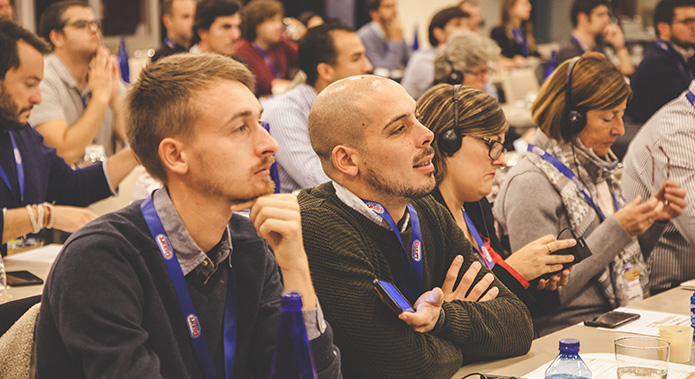 The event was consolidated as a safe and reliable alternative of first level technical update, with speakers of international prestige coming from the United States, Chile, Germany, Belgium, Peru and of course Spain, who shared their knowledge and experiences, and counted on the assistance of advisors, consultants, agricultural entrepreneurs, researchers and representatives of public and private organizations.

During the day the speakers began their interventions opening the way to the debate on the topics of the seminar, which was also presented as an opportunity to clarify concerns that were given among the attendees. 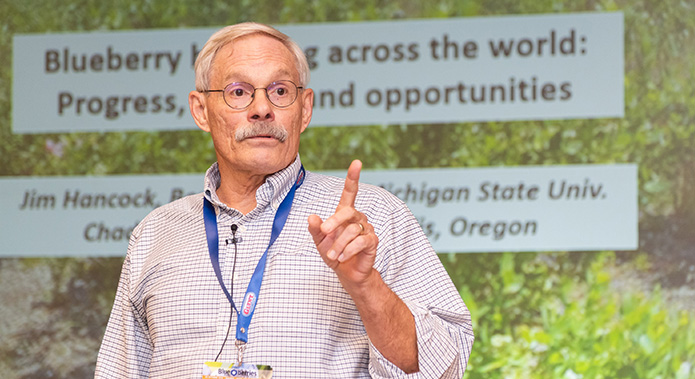 This theme was initiated by Dr. James hancock, who spoke about the genetic improvement of blueberries in the world, commented on the advances, difficulties and opportunities that are presented today, as well as mentioning the global blueberry breeding program and shared the experience of the company Berry Blue LLC 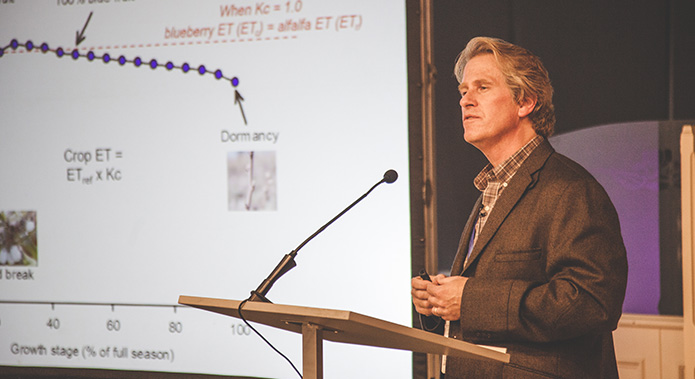 The presentation of the North American researcher David Bryla gave way to the debate on irrigation planning, the estimation of water requirements, the moments of maximum demand and their relationship with the growth and development of blueberry plants. In this block, Dr. Bryla showed several trials of response to nutrition and made some recommendations for the position of irrigation lines and the use of organic acids.

The presentation of the German researcher Dr. Heiner Goldbach focused on foliar fertilization, highlighting the advantages of these applications in terms of the immediate supply of nutrients, as well as the limiting processes that occur as the retention, penetration (absorption) and mobility of nutrients in the phloem.

The topic about factors to consider in the elaboration of nutritional programs to obtain quality blueberries was developed by the Dr. Juan Hirzel, who referred to the importance of some nutrient concentrations in the fresh fruit and made reference to the reference levels for leaf analysis in Highbush blueberries.

The exhibition of the Belgian researcher Patrick Du Jardin It was propitious to delve into the use of plant biostimulants. The scientist pointed out that algae are composed of "very special" substances, especially in their cell walls. On these, it highlights components such as: bioantioxidants, both liposoluble (phospholipids, carotenoids, xanthophiles, tocopherol) and water soluble (polyphenols: Floroglucinol or florotannin polymers, bromophenols, enzymes: superoxide dismutase, glutathione reductase, catalases, glutathione and ascorbate-peroxidases , vitamin C).

"The algae also have polysaccharides and sugars that reinforce their ability to deal with the natural defense they have. That is, they have a greater ability to recover from any type of abiotic stress, such as hydric, saline or thermal, "said Du Jardin.

Regarding the use of growth regulators in blueberries, the international consultant Dr. Jorge Retamales, pointed out that those with the greatest potential in the production of blueberries in Spain are those related to the management of the fruit load: inhibition of flowering, thinning of flowers / fruits, increase of the fruit set, as well as the increase in the size of the fruits . The researcher indicated that the effects of growth regulators depend on the dose, time of application, environmental conditions before, during and after the applications and that their effect is a function of the physiological state (condition of the plant) and previous management of the farm (irrigation, nutrition).

He also highlighted the importance in uniformity of the distribution of foliar applications, the effect of leaf / fruit area ratio on weight / fruit, the balance between yield and fruit size, among others. 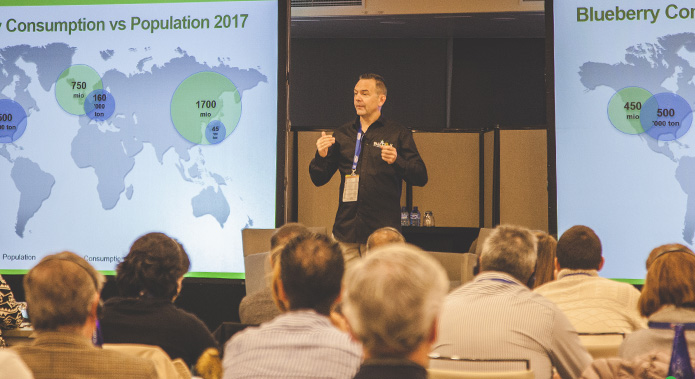 In this context, Mr. Hans Liekens, Commercial Manager of Fall Creek Farm & Nursery, assured that according to the growth rate of blueberry consumption we would need for the next 9 years an increase in production of around 500.000 extra tons per season and perhaps a little more due to the increase in the demand of the large markets for this fruit. Assuming a production of 25 tonnes / ha., Liekens pointed out an ambitious value, about 20.000 extra hectares would be needed for the production of blueberries.

The agriculture of the future: robots arrive at the farm