The earth is already subject to increasing pressure from human beings, which climate change accentuates. According to the latest report of the Intergovernmental Panel on Climate Change (IPCC), published on Thursday, the reduction of greenhouse gas emissions from all sectors, including land and food, "is the only way of keeping global warming well below 2 ° C ". The document recommends stopping excessive consumption, moving towards sustainable agriculture and implementing "policies that reduce food waste and influence the choice of certain food options", among which they recommend reducing meat consumption, in order to also decrease the obese or overweight population, close to the 2.000 millions of people in the world. 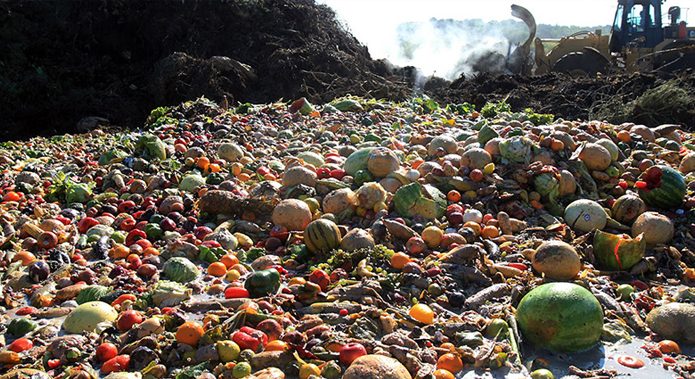 The IPCC, Intergovernmental Panel on Climate Change (IPCC), an international body charged with assessing the state of scientific knowledge regarding climate change, its impacts and potential future risks, as well as possible response options, examined the “Summary »For policy makers from the special report entitled Climate change and the earth, which was approved by world governments on Wednesday in Geneva (Switzerland).

This report will be a fundamental scientific contribution in the upcoming climate and environment negotiations, such as the 25 session of the Conference of the Parties to the United Nations Framework Convention on Climate Change COP25, which will take place in Santiago (Chile) in December.

"Land plays an important role in the climate system," said Jim Skea, co-chair of IPCC Working Group III. Land use for agricultural, forestry and other purposes accounts for 23% of anthropogenic greenhouse gas emissions. At the same time, the earth's natural processes absorb an amount of carbon dioxide equivalent to practically a third of the carbon dioxide emissions caused by the burning of fossil fuels and industry, "he added.

According to Hans-Otto Pörtner, co-chair of IPCC Working Group II, the report shows that the sustainable management of the earth's resources can help fight climate change. "The land that is already being cultivated could feed the population in a context of climate change and be a source of biomass that provides renewable energy, but far-reaching early initiatives must be adopted that simultaneously affect various areas," he explained. 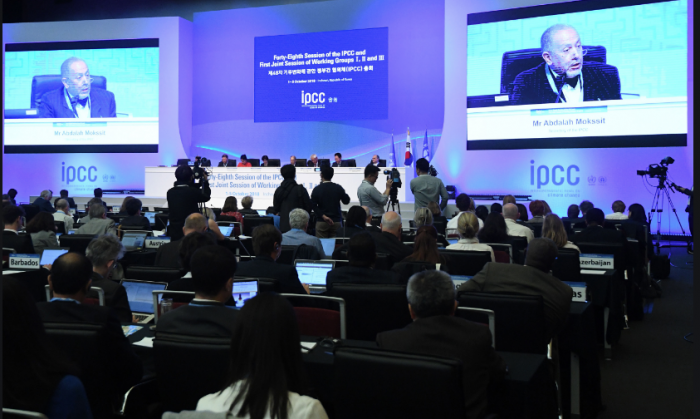 "The decisions we choose in favor of sustainable land management can help reduce and, in some cases, reverse these adverse effects," said Kiyoto Tanabe, co-chair of the IPCC Task Force on National Inventories of Gasses of Effect Greenhouse.

"In a future with more intense rainfall, the risk of soil erosion from farmland increases, and sustainable land management is a way to protect communities from the harmful effects of that soil erosion and landslides of Earth. However, our room for maneuver is limited, so in some cases the degradation could be irreversible, "he explained.

Approximately 500 millions of people live in areas affected by desertification. Regions experiencing this problem and drylands are also more vulnerable to climate change and extremely serious phenomena, such as droughts, heat waves and dust storms, and the increase in the world's population only subjects these areas to more Pressure.

"The new knowledge shows an increase in the risks of water scarcity in drylands, fire damage, permafrost degradation and instability of the food system, even in a global warming scenario of approximately 1,5 ° C", said Valérie Masson-Delmotte, Co-Chair of IPCC Working Group I.

"It is considered that the risk related to the degradation of permafrost and the instability of the food system will reach a very high level in the case of a warming of 2 ° C," he said.

The comprehensive analysis contains recommendations for governments to enact policies to change forest and agricultural land use in order to contribute to the fight against climate change, taking into account that, among other things, forests absorb about one third of carbon dioxide emissions (CO2).

The report highlights that climate change affects the four pillars of food security: availability (yield and production), access (prices and ability to obtain food), utilization (nutrition and food preparation) and stability (changes in the availability).

"Problems that will result from future climate change, such as reduced yields - particularly in the tropics - price increases, loss of nutrient quality and disruptions in the supply chain will increasingly affect to food security, ”said Priyadarshi Shukla, co-chair of IPCC Working Group III.

"We will see different effects depending on the country, but the consequences will be more drastic in low-income countries in Africa, Asia, Latin America and the Caribbean," he explained. The report finds that about a third of the food produced is spoiled or wasted.

“Balanced diets based on plant-based foods (such as coarse grains, legumes, fruits and vegetables) and animal-produced foods produced sustainably in systems that generate few greenhouse gas emissions present greater opportunities for adaptation to climate change and limiting its effects, "he said.

The document recommends the implementation of "policies that reduce food waste and influence the choice of certain food options", in a direct allusion to consuming less meat in order to reduce the obese or overweight population, which is close to 2.000 million people.

According to the report, wasted between an 25 and an 30 per cent of the food produced on the planet, so combating this problem can reduce the pressure to reduce forests and increase agricultural land, thus contributing to a reduction of CO2 emissions (the main gas causing the greenhouse effect).

It is also proposed to return to agricultural, livestock and forestry practices of traditional indigenous populations, since according to the document "their experience can contribute to the challenges presented by climate change, food security, biodiversity conservation and combatting desertification ». 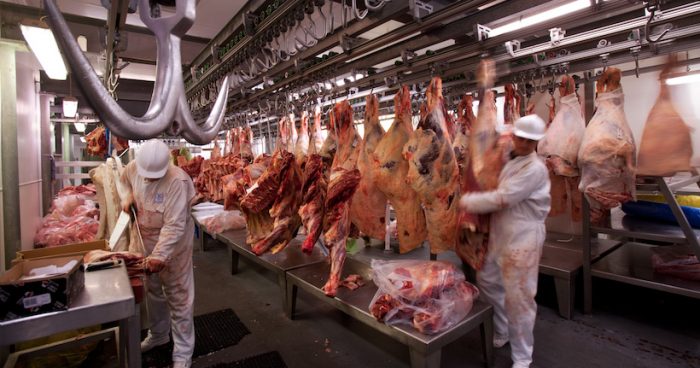 Keys to understanding the relationship between soil and CC

Traditionally the soil absorbed the CO2 from the atmosphere as a huge greenhouse gas sink but its gradual degradation and desertification with practices such as deforestation for new uses for livestock, agricultural, industrial activities or infrastructure construction are making the land stop catching emissions to become the generator of them.

The use of the land by man is enormous: approximately 72 percent of the ice-free soil is used by people to feed, dress and maintain the progressive demands of a growing world population.

The way we feed, dress and extract resources from nature is changing the Earth's climate, contributing to 23% of the emissions that heat the atmosphere. And this endangers the fundamental resource that sustains life: the soil.

Fertilizers in agriculture and the methane and nitrogen oxide emissions associated with livestock are a significant source of greenhouse gas emissions, and hence the appeal of IPCC scientists to a change in eating behavior in the world.

The way food is produced will affect food security in the future: every degree of temperature that rises will feel much more in the productivity of the five main crops in the world: wheat, soybeans, corn, rice and sorghum

Governments must also stop deforestation, taking into account that forests and forests absorb a third of global carbon dioxide emissions, in addition to playing an important role in the cooling of the earth's crust or the generation of rainfall.

Since then, this group generates periodic reports to improve scientific knowledge about climate change in order to serve as a basis for rulers and other policy makers to adopt more efficient measures to mitigate this global phenomenon. His scientific contributions are not financially paid.

Specifically, their contributions with this new report will help governments and political decision makers to improve their decisions on terrestrial ecosystems and the use of land to reduce their degradation, desertification and their possible effects on food security.

This approved special report on climate change, desertification, soil degradation, sustainable land use, food security and greenhouse gas flows in terrestrial ecosystems was decided to be prepared in 2016 with the Paris Agreement.

Also part of this type of documents on very specific topics related to climate change was published just a year ago, known as that of the 1,5 degrees, which determined the possible impact of a temperature increase to those levels, which compared to a Hypothetical scenario of increasing 2 degrees would have far less aggressive effects for the planet.

The IPCC scientists hope that their report will inspire new land exploitation policies by different governments, and that the first commitments will be made and announced at the climate summit of the September 23 at the United Nations headquarters in New York, instance for that the presidents who will be present at the COP25 assume such commitments as State policies.