Hapag-Lloyd would freeze its spot rates like CMA CGM, but the impact of the measure on shippers is uncertain

Meanwhile, worker shortages facilitate the accumulation of ships and containers in California ports 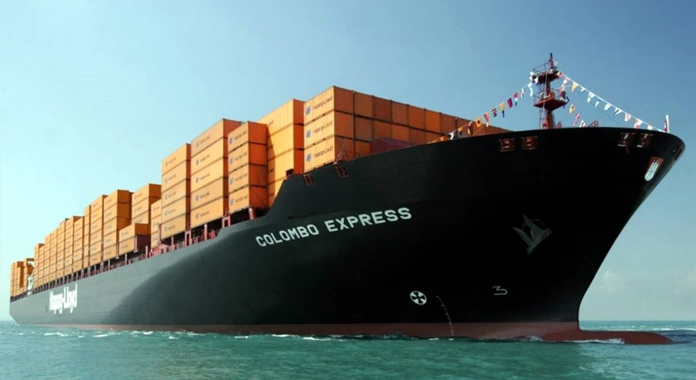 The previous week, CMA CGM's decision to freeze spot rates was widely publicized. Before the news, Jon monroe, expresses two things. The first is that after the imposition of 9 successive general rate increases (GRIs) in a period of 5 months "it was about time" and the second is a question "What will be the impact of this measure on shippers?" Often, he responds that "it is too early to know", while on stage the lack of capacity and containers continues and the certainty that rates will continue to be high, right now when the season for setting contracts is approaching. "How high can the US $ 20.000 tariffs go to the West Coast (of the US)?" He interrogates and then notes that if shipping lines maintained current rates, they would still be able to ensure that the third quarter is a record period and that the fourth one exceeds it. "More than US $ 100.000 million [in profits for shipping companies], here we go," he projects.

Monroe speaks of rumors indicating that «Hapag Lloyd could follow CMA CGM with a fee cap. Will other shipping lines follow suit? It's almost as if they have no other choice. However, I would have been more impressed if they had improved their service, if they had created some help desks or if they had lowered the rates, "he says.

It further claims that shipping lines lost control of their schedules. “There are so many ships calling in the ports of Los Angeles and Long Beach (LA-LB) this month that there is no place at the anchorage (…). With waits of weeks instead of days, shipping lines watch their ships piled up in San Pedro Bay, waiting for a berth. How long? It depends, they can be 12 to 15 days of waiting to dock and another 7 days at the docking site ».

According to Monroe, the problem is that "there are not enough crews to service the ships" and in other cases "the terminals are so congested that they cannot unload a ship for a day or two until the containers are collected [from the yards ]. In these cases, the terminals cancel the crews [assigned to the ships], "he explains.

Another problem that, according to the analyst, shippers suffer are the so-called "minimum quantity commitments" (MQC) which, due to the desire of the shipping lines to reserve spot premium rates, have become "maximum quantity commitments". “This means that once the contract has been fulfilled, no more reservations can be made. There is nothing left to do, "he says.

Jon monroe realizes that Vietnam is now in its third month of lockdown. As he relates, this implies that “if the factories have labor that lives in the place, it is not so bad. According to the government mandate, workers cannot leave the factory. This is a problem for factories that do not have facilities to house their workers and many of them have returned to their hometown. '

It details that the ports of Cat Lai and Cai Mep continue to operate with some congestion problems, due to the lack of manpower and trucks to collect the containers from the terminals. He explains that there is no certainty of how long these conditions will continue and states that "the massive effort to relocate from China to Vietnam does not seem to be working."

“The terminals are not simply congested, they are in a permanent congestion situation. This will last until the end of the year. There are more ships calling in ports than ever, "he says. Monroe, according to whom all shipping lines are incorporating additional vessels. He indicates that the previous week he received messages stating that some have no idea where they are going to dock once the ships have set sail. This is crazy, he points out, "Get a ship, fill it up and direct it to the United States, we'll find a mooring somewhere," graphs the analyst, referring to how the new shipping companies on the route offer their charter service to their potential clients. Hey, I can get a 4.200 TEU vessel for $ 200.000 / day. If you think this hasn't gotten out of hand, think again, ”says Monroe.

About 50 ships remain on tour off the ports of Los Angeles and Long Beach (LA-LB), Monroe points out in this regard that the berth is only one of the causes of this congestion, others are the following:

The Director of Agricultural Operations of Agrovision, Juan José Gal´Lino, pointed out: "Genetic differentiation is key to success in the blueberry business"