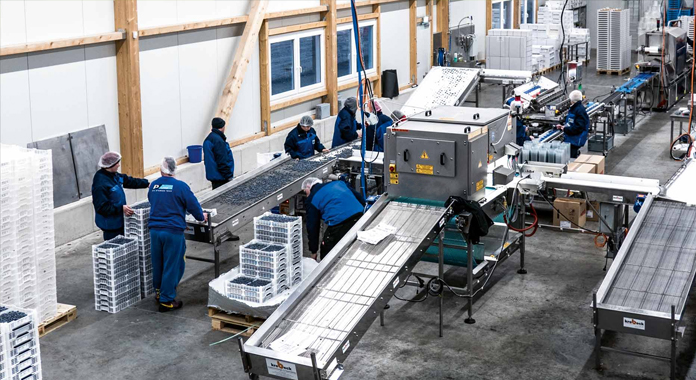 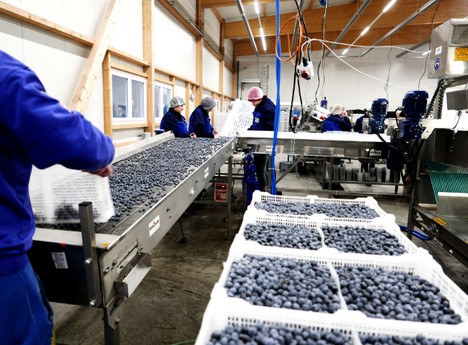 Processing and sorting of blueberries at the Nordgemüse Krogmann company 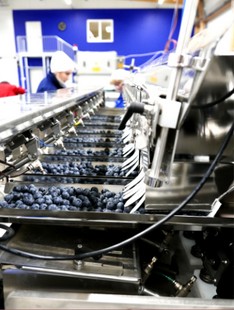 At the beginning of September, the last blueberries from the Lüneburg Heath in northern Germany arrived at the Nordgemüse Krogmann logistics center in the town of Buchholz. "I mean, the season ended a little earlier than normal," says Koellreuter. “Due to the shortage of workers for harvesting due to the coronavirus crisis and significant frost damage, the volumes harvested were 40% below average. The supply to the market was much smaller than normal. '

Meanwhile, the demand from trade retail increased significantly. “Due to its positive effect on the immune system, blueberries are very popular, especially in these times of coronavirus. This has undoubtedly boosted sales, but the effect of the crisis should not be overestimated either, because blueberries are increasingly becoming a product in high demand throughout the year. Given the shortage of product, I think we would also have had a good turnover without the health crisis.

"At the moment, blueberry sales are doing quite well," says Koellreuter. Outside of the national campaign, there are fewer special offers in the retail, with packages of 200 and 300 grams instead of 500 grams. “Peru currently dominates the supply, complemented by the South African lots. Argentina also has a good harvest, but the complex air transport situation makes it difficult to transport merchandise to Europe. The demand for berries is expected to remain quiet until Christmas. The berries They tend to take their place in the fresh produce market again from January on, with Chilean blueberries and Spanish strawberries. 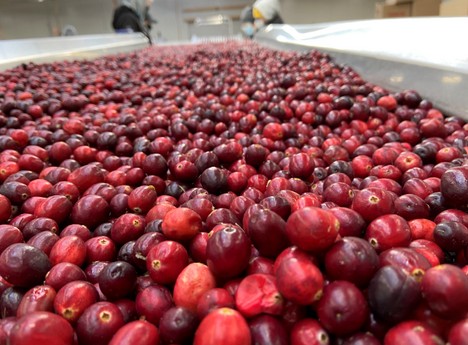 Unlike blueberries, the marketing of lingonberries is currently in full swing. “Between week 40 and week 44 we offer fresh lingonberries from the Lüneburg Heath. Its cultivation is very demanding, but our main supplier has the production under control ”. 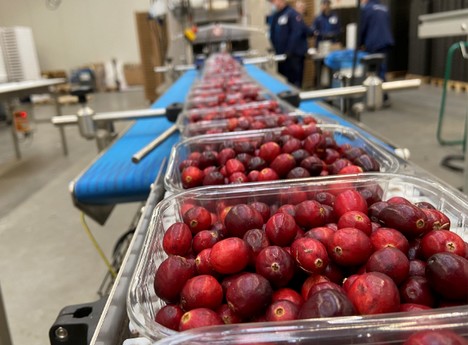 The trade response retail The supply of lingonberries is very positive. “Firstly, because it is grown regionally and classified, packed and delivered in a very short time, and secondly, because lingonberries have a very good shelf life. Immediately after the national harvest, Canadian lingonberries are offered for another 4-5 weeks, ”continues Koellreuter. 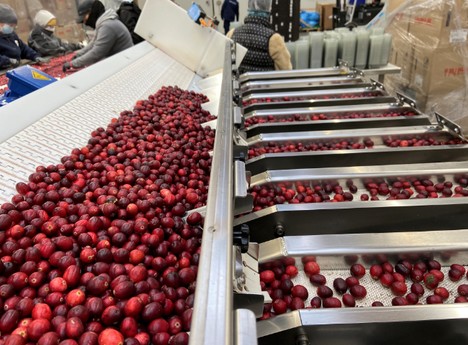 Lingonberries during the sorting process

Last year, Nordgemüse launched a mix de berries with peeled physalis from own cultivation. 'Physalis has already established itself in single product packages. But mixtures of berries Ultra-fresh products continue to gain popularity in the market. In particular, mixtures of blueberries, blackberries and raspberries are increasingly being seen on the shelves, ”says the red fruit specialist.