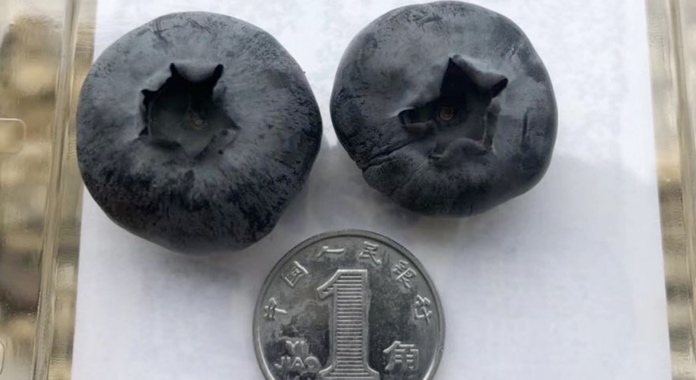 How do you grow quality blueberries during the off-season in a muggy subtropical climate, at the limit of the growth range of a berry whose wild cousins ​​thrive in the Arctic tundra? "You always have to look for continuous improvement, always try to do a little better," says Oliver Davies of UK-based S&A Fresh Produce, which will be conducting commercial trials of a winter blueberry crop from his newly established Farm in Yunnan province, southwest China. 'A change may be too small to see an effect. But add 20 small changes and you will see a big difference. "

Produce Report spoke with Davies during the China Green Week and Horti China show last week in Shanghai, where he was a presenter at the "Berry Fruit Technology Forum - Launch of the 2nd International Strawberry Congress" event.

Davies is part of the fourth generation of his family to work in agriculture and the production business. His father, John, founded the S&A in the 90s, after going from growing potatoes to growing strawberries in polytunnels on his farm in Herefordshire, England. Since then, the company has grown into a global producer and buyer of fruits and vegetables with a focus on strawberries, raspberries, blackberries and blueberries. S&A is the largest strawberry producer in the UK and, in addition to the new farm in China, operates farms in Spain and Chile. It is also supplied to supermarkets across the UK and Europe.

Oliver has been working in the family business since he started picking strawberries at 13 years old. He came to Shanghai in 2013 to establish the company's Asia Pacific branch, where he now serves as Director of Operations. During those early years in China, S&A sourced much of the fruit from South America to sell here. But, according to Davies, “after being in China for about 18 months, and realizing the difficulty of providing very good quality blueberries from abroad due to transit time, I saw that the future was to establish a growing operation in China. ».

Then, Davies spent the next 18 months traveling through China looking for a suitable place for this operation before settling in Yunnan.

The northern areas of Yunnan are already home to established groups producing northern high-bush blueberry varieties. But S&A ultimately chose to establish its farm in Xishuangbanna prefecture in southern Yunnan, which never sees snowfall and does not meet the cooling requirement of northern highland plants. Therefore, S&A has planted two proprietary evergreen varieties, with plans to introduce more new varieties in the coming years. But the hot, rainy weather of the summer monsoon is better suited for bananas than blueberries, which means Davies' team must always be on the lookout for fungal infections and other pests and pathogens.

The reason S&A is willing to tolerate this challenging growth environment is that they hope to achieve the impressive feat of being "fully counter-seasonal for China's top domestic blueberry production," which runs roughly from April to September. S&A can offer domestically produced blueberries to Chinese consumers as a fresher alternative to imports from Peru and Chile that have a lower carbon footprint. Shipping by sea of ​​fresh blueberries from Chile takes 21 days, while berries from S & A's farm in Yunnan can reach consumers in cities on the east coast in just two days. S&A may even start putting its domestic berries on the shelves in October, during the gap between the end of China's traditional blueberry season and the arrival of imported fruit.

Not producing for the same time as the rest of China will also help S&A avoid low price problems due to high supply and inconsistent quality that pose a challenge to the blueberry harvest.

"Five years ago, who would have thought you would have Chinese blueberries in October?" Davies says. The feat of persuading winter production from China relies on a significant amount of investment in infrastructure, technical know-how, rigorous management practices, and huge data files of crop owners on blueberry plants.

"In the UK we have a whole science lab dedicated to collecting samples from our farms around the world," says Davies. The blueberries on the Xishuangbanna farm are grown entirely on substrate, as on most S&A farms. He continues: “We do substrate analysis, drip irrigation analysis, drainage analysis, leaf analysis; we now have our own computerized growth management system that we have been developing for the last ten years because we have all this data. And that's becoming almost like artificial intelligence now in terms of providing feedback to our producers. We count on input from our producers to the system on what they think they should do, and then the computer responds with what it thinks they should do. And if they both agree, they do. "If they disagree, then it is a conversation to be had at a higher level."

S&A also paid a premium on construction costs to import almost all of its new growing operation in China from abroad, from the blueberry plants themselves to the substrate, irrigation systems and plastic covers for the greenhouses. "It's our first project in China, and we wanted to make sure it wouldn't fail if we bought something we didn't know about," says Davies. "It's a big investment, so we wanted to make sure we had everything we know that works to start with, and as we expand, we're going to get more products from China."

Of course, this big investment to get it right the first time means a lot of time to get returns. "Everything we do is very sustainable," says Davies. “It is a very high cost, but our vision is long-term. We do not seek to enter here, sell and leave. He notes that all the infrastructure that S&A has built on its Xishuangbanna farm is designed to last a minimum of 25 years and can withstand wind speeds of up to 140 km / h.

While waiting for the farm to reach commercial blueberry production in the coming seasons and market development in the coming decades, Davies is optimistic and welcomes the participation of brands known as Joyvio or Driscoll's, which also grow blueberries in Yunnan.

"Consumption in China is a fraction of what it is in the United Kingdom, and the United Kingdom is only half of what it is in the United States," says Davies. Therefore, the market has great potential. But most consumers in China have never tried a blueberry, so growers have to deliver very good quality fruit for consumers to want to keep shopping. Some of the other well-known brands are doing a good job increasing the market, which helps us all. In terms of competition, I really see my competition as producers of poor quality blueberries, because they drive consumers away from buying blueberries again.