Hortifrut exceeds 45,67 million US $ in the first semester 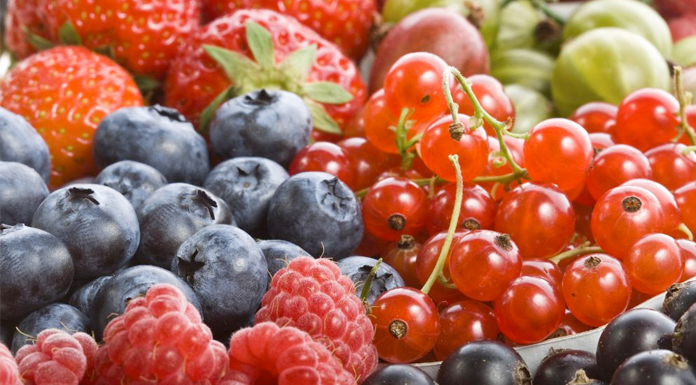 The higher EBITDA is mainly due to the better Chilean fruit prices due to better quality (+ ~ US $ 7,00 million of EBITDA), better margins in the frozen food business (+ ~ US $ 1,60 million of EBITDA) and the ripening of investments made in China with (+ ~ US $ 11,00 million EBITDA). Additionally, a reduction in costs was obtained, also associated with the better quality of fruit, the reduction of administrative and sales expenses related to the implementation of efficiencies, and the decrease in other expenses, by function, due to the lower fair value of fruit in plant registered at the end of 2019, compared to the end of 2018.

It should be noted that at the end of 1H20, revenues from ordinary activities reached US $ 259,30 million, representing a decrease of 5,75% compared to the same period of 2019, mainly due to the 5,57% drop in the volume of sale during 1H20, product of the earliest pruning in the fields of Peru whose fruit supply did not overlap with the Chilean fruit supply, which meant a better market and prices for the fruit of the latter origin.

On the other hand, operating costs totaled US $ 213,25 million during 1H20, showing a decrease of 13,25% compared to the US $ 245,83 million registered during 1H19. The lower costs are explained by the lower volume sold in the first quarter 2020 (“1Q20”) given a production curve for Peruvian fruit that did not overlap with the curve for Chilean fruit, as it did in the first quarter of 2019 (“1Q19”), in addition to having incurred lower costs to ensure the quality of the fruit, unlike what happened during 1Q19, and lower administrative and sales expenses due to the digitization plans and efficiencies implemented.

In terms of the analysis by season, during the period from July 2019 to June 2020, the company's EBITDA reached US $ 121,61 million, 14,9% higher than the US $ 106,50 million obtained the previous season. The increase is mainly due to the 16,55% increase in the volume sold during the period, influenced by a better production curve and quality of the fruit, partially offset by the 11,44% reduction in the average price per kilo. . Additionally, income for the period increased by US $ 17,41 million, in a higher proportion with respect to the increase in costs and expenses before depreciation, which only increased by US $ 2,30 million.

Main milestones of the period and subsequent events

In line with the Company's growth strategy, on July 31, 2020, the merger between Hortifrut and Alifrut, a Duncan Fox subsidiary, was finalized to combine their operations of frozen products for export in equal parts, thus forming Vitafoods.

The merger process considered the transfer of five frozen production plants, as well as the corresponding fixed assets to the new company, which will begin producing and marketing a volume close to 35 million kilos and with estimated sales of over 100 million kilos. dollars during the year 2021, making it a very relevant global player in its category in international markets.

The new company will distribute directly to its clients through the global commercial platforms of Hortifrut and its subsidiary Naturipe Value Added Foods USA, which will be controlled by Vitafoods. In addition, Alifrut's industrial and commercial expertise is also incorporated as a multi-product frozen food processor, which will allow Vitafoods to manage a large part of the business value chain, thus ensuring the best quality and food safety, greater stability in supply. and a varied multi-product offer for its global clients, along with the development of new products and formats.

On August 25, 2020, Hortifrut SA signed a syndicated credit agreement and a bilateral credit agreement for a total of US $ 101 million, with the participation of Banco Santander, Industrial and Commercial Bank of China (ICBC Bank), Banco de Occidente, Bladex and Rabobank, both for a term of 5 years with a 2-year grace period. The funds from these loans will be used in their entirety to refinance short-term liabilities.

These operations demonstrate the broad access to both the local and international financial market that the company has, which despite the adverse conditions faced in the market as a result of the pandemic, managed to obtain favorable conditions, making its maturity profile more flexible and strengthening its financial structure.

Regarding the health contingency resulting from the COVID-19 pandemic, Hortifrut has taken actions in order to protect the health of its workers and collaborators, adopting the telework modality for all officials who can perform their functions remotely. For workers, whose work is essential to be carried out in person, all the recommendations and measures established by government authorities in each country and global organizations have been taken, a traceability system has been developed for employees and campaigns have been carried out. communication, as well as support for them.

In order to maintain our commitment to supply berries every day, all year round, the Company has sought to ensure the continuity of operations, adopting measures to ensure the provision of inputs necessary for the proper functioning of all our fields. As of today, the fields where the Company is harvesting are Peru (Trujillo and Olmos), Chile and Mexico, whose operations have not been largely affected.

Pioneers in the Namibian blueberry industry