An investigation revealed that there is a diversity of 30% of fungal species. In this way, they aim to accelerate plant growth and increase crop yields. 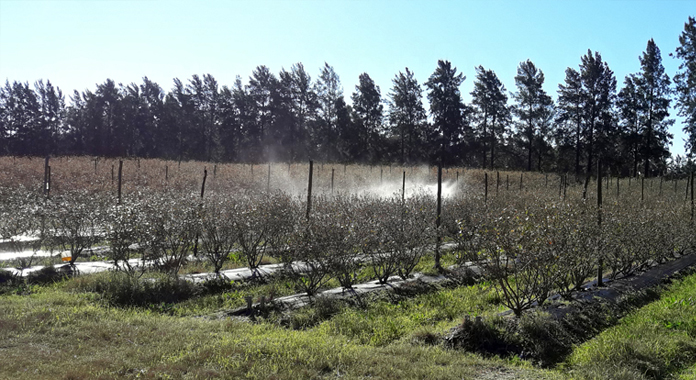 Currently, in Argentina, about 3.000 hectares of blueberries and ranks sixth among fruit crops that generate the most foreign currency for the country. Like many other plants, this species has the radical ability to associate with soil fungi that improve its performance.

In a study carried out by the Faculty of Agronomy of the UBA (FAUBA), the National University of Lomas de Zamora (UNLZ) and the Conicet, the fungi that are associated with blueberry roots were isolated and identified, many of which increased development and the survival of the seedlings, indicates an article published in the popular science magazine “Sobre La Tierra”.

“It is known that the roots of this species are associated with different soil fungi that improve their performance. The fungi function as a projection of their inefficient roots, allowing the plant to explore a larger volume of soil. The two members of this relationship benefit, ”explained María Pescie, a professor at the Buenos Aires University and also a doctorate at the 'Alberto Soriano' School for Graduates Agronomist Engineer (FAUBA).

For now, little is known about the fungal community to which the different varieties of blueberry cultivation are related.

In this sense, Viviana Chiocchio, professor of the Department of Agricultural Microbiology at FAUBA, explained: “We find a great diversity of fungi in 30% of the roots that we analyzed, different from the one documented for blueberries in the Northern Hemisphere. In our case, we detect differences according to the variety of the crop and the production area. The fungi that we recorded most frequently were Fusarium spp., Penicillium spp., Alternaria sp. and Oidiodendron sp. The greatest fungal diversity was associated with the roots of the Emerald, Jewel and O'Neal varieties ”.

"The cultivation of blueberries requires a loose soil, with a lot of organic matter and with certain specific characteristics such as its degree of acidity, given by a pH between 4,5 and 5,5," said Pescie, adding that for that reason, in generally, the plants are placed on soils 'armed' with soil typical of the field and other added substrates ”.

According to Chiocchio, a total of 150 fungi were isolated and the scientific names of 82 of them were found in the literature.