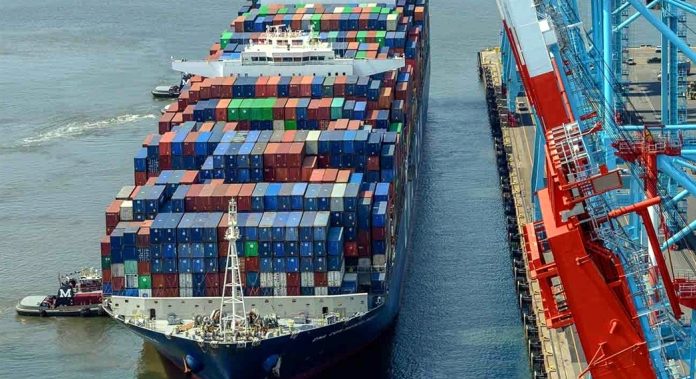 Kuehne+Nagel announced on January 20 the launch of a new key performance indicator (KPI) called Global Disruption Indicator by Seaexplorer, which denotes the current situation of stress in container transport. According to the logistics operator, the indicator was created in response to shippers' demand for a more granular approach to congestion that included data that went beyond the simple number of ships waiting in ports around the world, adding the actual waiting time, including drift, and the respective ability to obtain a meaningful indicator.

This new contribution to the industry is added to others that account for the need created by the large traffic jams in the main ports of the world, mainly in China and in California, USA, as a collateral effect of the pandemic. Other indicators of this type are the new index developed by the New York Federal Reserve: the Global Supply Chain Pressure Index (GSCPI), which integrates a series of commonly used metrics with the objective of providing a more complete summary of the possible interruptions that affect global supply chains, which in its debut showed that, since 1997, the date that it considered as the beginning of the analysis, there has not been a period of so much pressure in the supply chain such as has been experienced in 2021.

Data from Flexport, a San Francisco-based freight forwarding company and customs broker, shows that containers are taking twice as long to reach their destination compared to before the pandemic, while data compiled by Sea-Intelligence shows that, before the pandemic, 2% of container ship capacity suffered delays, a figure that shot up to 11% in 2021.

The list of "hot spots" covered by the Kuehne+Nagel Seaexplorer index includes the ports of Los Angeles, Long Beach, Seattle, Vancouver, Prince Rupert, Oakland, New York, Savannah in North America; Hong Kong, Shenzhen, Shanghai, Ningbo in Asia and Rotterdam and Antwerp in Europe. How does it work? the waiting days indicator in TEUs (TWD= TEUs Waiting Days) considers that a ship with a capacity of 10.000 TEUs that waits 12 days, is equivalent to 120.000 days of waiting in TEUs.

After the calculation, it is found that the total waiting time of the TEUs in the port areas of the conflictive points covered by Seaexplorer amounted to the figure of 11,56 million days.

Otto Schacht, EVP Sea Logistics, Kuehne + Nagel notes that “container ships shouldn't wait at all, a day or two at most. When the indicator drops to less than one million TEU waiting days, we can say that the situation is back to normal, only then will reliability and (more importantly) delivery times improve.

The Global Congestion Map, also from Seaexplorer, is useful to focus on where the most tense points are. For example, on January 19, North American ports were responsible for approximately 80% of global outages.

The usefulness of this type of indicators is clearly not in dispute, in fact they may provide data of interest just on the eve of the Lunar New Year when manufacturers in southern China strive to ship their last products before the holiday. As reported Bloomberg volumes transported by truck to Shenzhen port's Yantian terminal on January 13 were 30% higher than December levels. Those goods are now piling up, as ships coming to pick them up have themselves been delayed by congestion in the US and Europe.

In fact, ships arriving at the Yantian terminal are experiencing an average delay of seven days right now, and the number of ships coming from Europe and the US is down more than 40% in the last two weeks. , as reported by the terminal in a notice to its users on January 19.

Congestion has prompted the Yantian terminal to say it will start restricting container acceptance. To prevent operations from getting worse, from January 21 only full units will be able to be transported by truck four days before the ships arrive at the port, the operator said.

This situation comes to crown the problems that the port of Shenzhen was already facing, with a viral outbreak in early January that caused the closure of the districts, the testing of workers and delays in the transport of containers in the ports. Yantian and Shekou terminals.

Otto Schacht, referring to the new Seaexplorer indicator, gives an account of the reality full of uncertainty that the maritime sector is experiencing: «I never would have thought that the sector needed an indicator of this type. However, in my daily conversations with clients, I always get the same question. What is the trend? When does it get better? The number of waiting vessels is not enough, we need for each vessel the actual waiting time (including drift) and the respective capacity to obtain a meaningful indicator.”