"The Chinese market is huge and at the same time very competitive. Chilean agricultural products have been very well received by Chinese consumers due to the“ off-season ”advantages, good quality, good inspection and quarantine work, and excellent bilateral relationship. ". 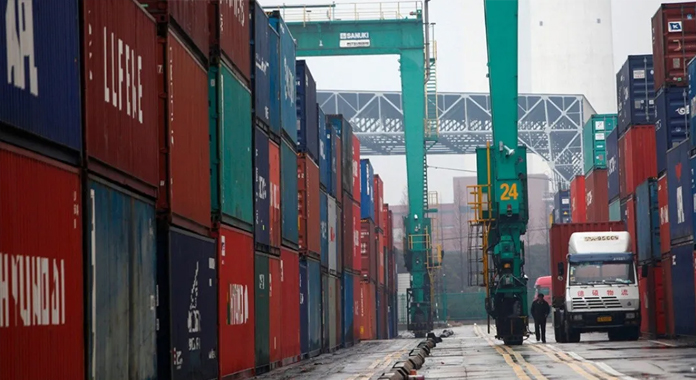 On November 5, the IV China International Import Expo (CIIE) will open in Shanghai. Chilean exporters have participated in this event for 3 consecutive years, promoting the strong growth of trade between both countries. President Piñera was the only president of Latin America to participate in a virtual way and make a speech at the inauguration of the III CIIE.

According to statistics, despite the fact that the whole world is affected by Covid-19, trade between China and Chile increased by 10,6% last year. In the first half of this year, Chile's exports to China grew 37% compared to last year, reaching $ 16.660 billion with a surplus of $ 6000 billion. Among the different products, copper, cherry, blueberry and wine increased respectively 48%, 34%, 15% and 12%. China has positioned itself as the first commercial partner, the first export destination and the first source of imports for Chile for 12 consecutive years. In turn, Chile is the third largest trade partner for China in Latin America. In addition, in exports of fresh fruits, wine and salmon to China, Chile ranks first in Latin America. Economic data shows that the CIIE has become an important platform for Chile's exports to China.

What are the differences between the IV CIIE compared to the previous exhibitions? They could be summarized in three new elements:

First, new development settings. The XIV Five-Year Plan for the National Economic and Social Development of the People's Republic of China and the Outline of Long-Term Goals for 2035 it was approved by the V Plenary Session of the XIX Central Committee of the Communist Party of China in October last year, and by the IV Session of the XIII National People's Congress last March. Said Plan proposes a new concept of development, thus building a new configuration of economic development, based on a new stage of development.

The "new configuration of development" constitutes in which the great internal circulation functions as the main body and the domestic and international circulations mutually promote each other. It is a fundamental strategic option for China. Taking the large internal circulation as the main body does not mean a development behind closed doors at all. On the contrary, China will keep its doors open and continue to open them more. China will adhere to the concept of openness, cooperation, unity and mutual benefit, firmly persisting in expanding openness in all aspects, which will realize a more efficient connection between domestic and foreign markets and resource sharing, so that the Chinese market it becomes a world market, a shared market, a market for everyone, injecting its positive energy into the international community.

Second, new panorama. This CIIE is the second online exhibition organized by China since the outbreak of the pandemic. China already has more experience and capacity to coordinate epidemic prevention and economic development. The IV CIIE highlights four main platforms: international acquisitions, investment promotion, cultural exchanges and open cooperation, focusing on promoting trade liberalization and economic globalization to offer cooperation opportunities to all countries of the world. Currently under the context of the pandemic and global trade protectionism, it is not easy for China, one of the world's main economies, to persist in holding an import-themed exhibition, which is beneficial both for the maintenance of the stability of global supply chains, as well as for the consolidation of the global economic recovery.

Third, new opportunities. As a hyper-scale global market with more than 1400 billion population and 400 million middle-income people, China is the country with the best control of the pandemic and the earliest economic recovery in the world. It is also the world's leading economy with the highest growth rate since the outbreak of the pandemic. On the one hand, China uses its own complete industrial system and large production capacity to provide the world with anti-epidemic inputs and consumer goods. On the other hand, China's huge and growing domestic market offers a consumer market for the world, which has benefited producers around the world.

The Chinese market is huge and at the same time very competitive. Chilean agricultural products have been well received by Chinese consumers for their “off-season” advantages, good quality, good inspection and quarantine work, and the excellent China-Chile bilateral relationship. Active participation in the CIIE will open more opportunities for Chilean producers and exporters to enter the Chinese market. Similarly, I suggest that Chilean friends take advantage of the CIIE platform to open up new areas and opportunities for two-way investment, cultural exchanges, and mutually beneficial cooperation between China and Chile for the benefit of both peoples.

Guadalajara will wear blue again on May 25 and 26

US organic imports grow from Mexico and Peru