Jorge Valenzuela, President of Fedefruta Chile: "Today the logistics issue is what is most worrying us" 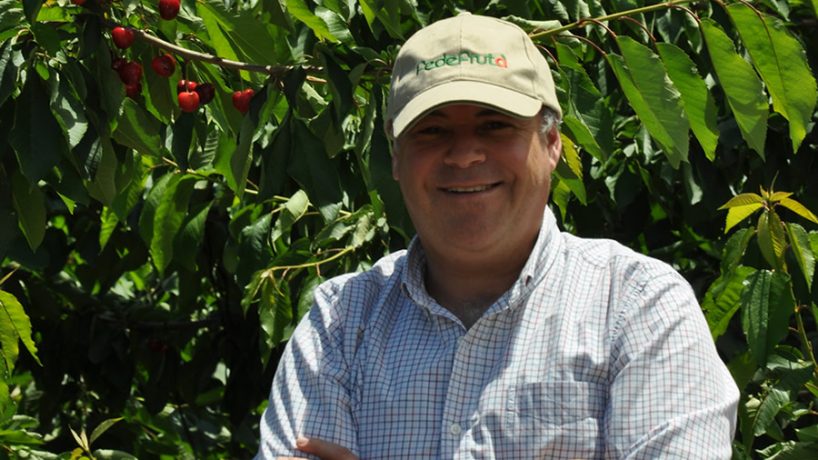 In conversation with The AgroAbout the current season, the union leader pointed out that “There has been a redistribution of people, which has not impacted the cherry harvest, which is quite active, like the blueberries. In winter we were talking about 50 or 70% in the lack of labor, there were problems in citrus fruits, but now in fresh fruit we are not seeing it, having an increase, yes, in costs, but we are in good condition of fruit".

He informed that the harvest is without problems, but there are other agricultural tasks that are not being able to be done because now people have migrated towards the harvest. "For example, table grapes and the whole issue of cluster arrangements, is so important to have good fruit, but there we are with problems," he said.

Likewise, he indicated that in terms of fruit condition (quality) it is quite good and a good postharvest is projected. Unless there is a weather event, the current season is pretty good in terms of production.

"Today the logistics issue is what is most worrying us, there is an increase in the price of containers of double and even triple, but also with materials. And the others that we are seeing with concern is what will happen to the Omicron variant, if it is not going to cause the closure of some ports, ”said Jorge Valenzuela.

“I have a lot of confidence in the shipping companies to solve these problems. Most of the inputs for fruit production are from abroad and that has greatly increased the cost and availability, so I hope that everything will normalize. But the situation last year was worse, "he added.

He said that, from the point of view of our image, as a secure provider has not been affected. "We have fulfilled all our commitments, despite the closure of some ports and we have also implemented post-harvest handling of the fruit, which even makes it possible to consume it up to 40 days later."

The cherry will be the star again. We are with an exceptional cherry quality. Today we have less quantity, but better quality towards China and Asia, but we are trying to diversify our markets.

We have been working all year to establish protocol for shipments. It is in development. Samples are made in the orchards, and also in the packings. It is very important that all producers carry out the survey to perfect this protocol.

This past week has been unusual, but increasingly common. Climate change has this very early heat waves, in December, which is unusual, and moreover we are seeing glacial waters in the rivers, which is worrying because we are depleting reserves. In Chile there are 7 thousand glaciers and what we cannot do is use up the water reserves.

One of the solutions is the implementation of modernized irrigation and water efficiency systems, but the other is how we generate new sources of water. Desalination plants, deepening of aquifers, etc.

He has put pressure on us on the logistics issue, continuity of materials, availability of containers, and especially for off-season fruit, see what happens with the sprouts and the situation in the ports.

Both are weak on agricultural issues. I would like the issue of water to be explored much more, how it is going to face climate change, and also the rural world. I hope that a future government will create in us farmers, we generate 700 thousand direct jobs in fruit alone and that this has almost 3 million Chileans who live on fruit from Arica to Punta Arenas.

Dextran-Based Edible Coatings to Prolong the Shelf Life of Blueberries