Juan José Flores, CEO of Aneberries and the social story of the Mexican industry

"That the berry industry continues to be profitable, but also sustainable, and that it brings health and nutrition to the world and consumers, including Mexico" 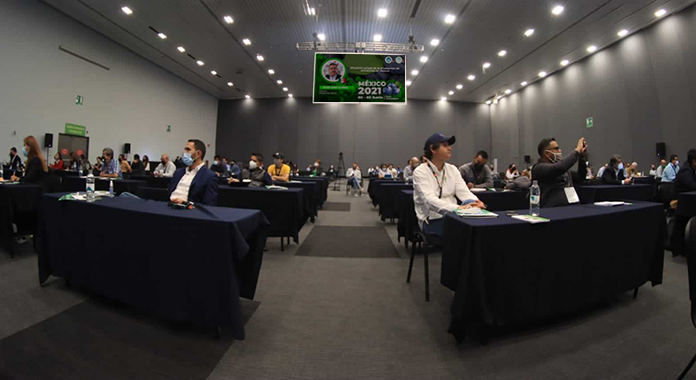 The National Association of Berries Exporters of Mexico, Aneberries, is once again a sponsor of the International Blueberry Seminar that is held annually in the city of Guadalajara, and which was not held in 2020 due to the pandemic crisis.

This year an enormous effort has been made by the organizers to reissue it, having to overcome multiple international obstacles to movement and at the local level to guarantee sanitary protocols and reduced capacity. The effort has been worth it because the meeting takes place with full success in the premises of the Expo Guadalajara on June 2 and 3 and has been characterized by the great interest of Mexican and international companies and the large number of producers, businessmen, technicians and various industry players attending the meeting. 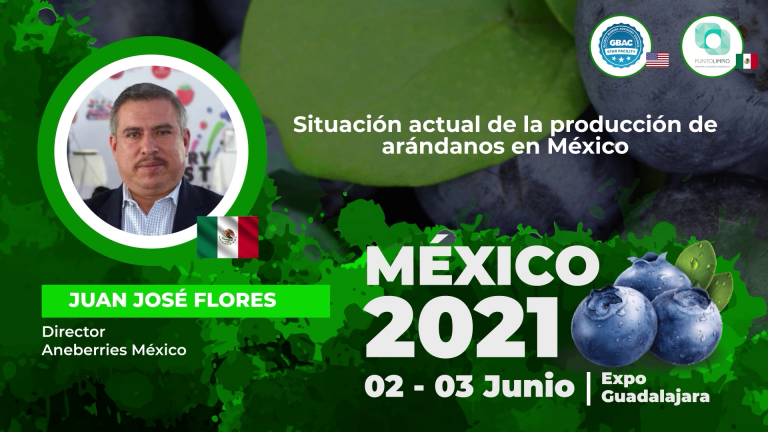 The first day's program was opened by Juan José Flores, CEO of Aneberries, giving a talk on the “Current situation of blueberry production in Mexico”, in which he elaborated on the auspicious numbers of Mexican producers and the prospects growth of the industry, in addition to the need to open new markets for the placement of their products.

However, Aneberries' emphasis is placed on the social and sustainable aspect of the industry, a fundamental pillar of its differentiation in the market. Aspect that has been reiterated in recent years, especially Director General Juan José Flores, which is why the Food and Agriculture Organization of the United Nations (FAO) has highlighted it this year, on the occasion of the celebration of the Year. Fruits and Vegetables International.

It must be considered that Mexico is a producer and exporter of the most varied fruits, including berries. To exemplify, only in volumes of raspberry, of which Mexico is the second world producer, grew almost 10 times, going from 14 thousand tons in 2010 to 129 thousand in 2019, or in blackberry, of which the Mexican industry is the world leader in Production went from 62 thousand tons in 2010 to 298 thousand in 2019. In the case of blueberries, the figures are equally or more auspicious, placing the Mexican blueberry industry in the first three places in exporting countries worldwide.

“The great benefit of this production at the national level, speaking locally and in the communities or regions where the berries are being grown, is that it has undoubtedly changed the lives of those who work, because the berries are paying good salaries, but They are also complying with social responsibility ”, points out Juan José Flores.

“These are the lines of work that Aneberries has within its actions as the National Association of Berries Exporters. Help the producer, help the exporter to promote social responsibility every day. That means that you have to take care of the workers' health, it means that you have to pay them well, it means that you have to comply day by day with the laws and regulations of the Federal Labor Law, and give them access to better living conditions. It is very important not to discriminate, not to abuse working hours and in any case, if there are overtime, compensate it ”, he emphasizes.

Juan José Flores comments that for Aneberries it is very important to promote a harmonious environment between workers and the environment where they work, including crops, technology, people and even bees, and "everything that contributes to a good life, taking care of people's health and what is being worked on ”.

“So, I would say that of the surface that we have in Mexico today, which is around 50.000 hectares, approximately 400.000 decent jobs are being generated. Every day with greater social responsibility and each day with greater sustainability to make this berry crop an industry that continues to be profitable, but is also sustainable, and that takes health and nutrition to the world and consumers, including Mexico ”, ends.

A look at French reality

Eduardo Donoso: "We are in the process of obtaining the records in Mexico, so we hope that next year our products can be in this country"