Despite the difficulties that the Chilean industry has faced due to the pandemic, the quantity and value of Chilean blueberries exported increased during the past year. 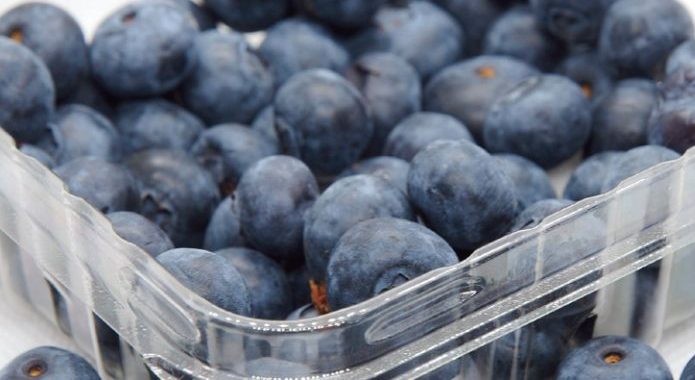 The distance between Chile and its main markets has become a competitive disadvantage for the southern country. The pandemic put the maritime supply chain in check, increasing the prices of cold containers and the travel time of the products to their destination. This situation caused Chilean farmers to be more demanding with the blueberries they select, making sure that they have the qualities to last during the travel time without losing their quality.

Despite this situation, the export of Chilean blueberries during 2021 increased by 6% compared to 2020 according to the Office of Studies and Agrarian Policy. There were 112.765 tons of fresh blueberries shipped between January and December with a total value of 572 million dollars (FOB), an increase of 5% compared to the previous period. The peak of the price happened during September when 12.58 dollars per exported kilogram were reached.

Due to the difficult transport conditions, the export of frozen berries increased in popularity, since they better cope with long travel times. During last year, the value of Chilean frozen blueberries increased by 15.5% compared to 2020, reaching 48 thousand tons shipped abroad.

As reported Odepa, the demand for global organic products is expected to exceed 150 billion dollars in 5 more years. Encouraged by consumers with greater ecological awareness, this market becomes a competitive opportunity for Chile, which enjoys organic equivalence agreements with the European Union and Switzerland, as well as one of understanding with Brazil. An agreement with the United States is currently in process and talks are underway with Japan and Australia.

The United States is the main importer of Chilean organic blueberries, buying 79,43% in this market. The two largest shares that follow are the Netherlands (8.21%) and Germany (1.63%).

Odepa also highlighted the opportunity of organic products in the domestic market, given the high rate of organic imports in Chile.

After the end of the first decade of the 2000s, the blueberry became an extremely popular crop. Between 2010 and to date, the planted area increased by 150,74%. However, the irruption of Peru in the market made the sector more competitive, which, added to the recent transportation difficulties and the interest in new, more lucrative crops, led to a 2021% decrease in the area planted with blueberries during 0.8. , after remaining practically the same during 2020 and 2019.

In 10 years, the Ñuble region had the largest increase in planted area, becoming the second region with the largest area of ​​blueberry plantations during 2021, only preceded by Maule. After these regions are La Araucanía, Biobío, Los Ríos, Los Lagos and O´Higgins.

Chile remains the second largest exporter of blueberries in the world. Get to know the opinion of experts and technicians on how to maintain Chile's competitiveness in the world market for this fruit in the next XVIII International Blueberry Seminar Chile 2022, to be held on April 7 at the Monticello Conference Center.

Senasa certified 16.535 hectares of blueberries in our country during 2021