Foliar fertilization: Factors that influence the permanence, penetration and translocation of nutrients 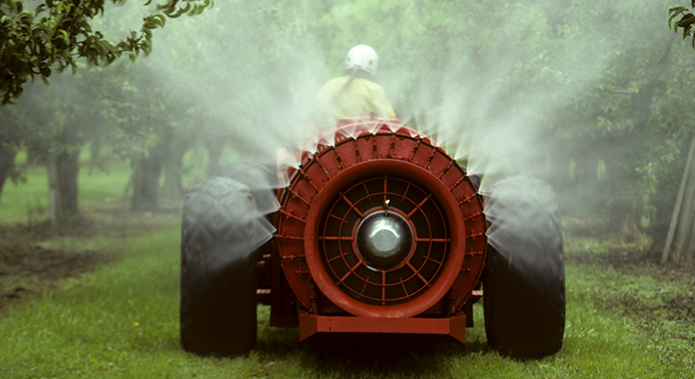 Agriculture has used traditional methods for decades to respond to an increasing demand for products of higher quality and that must also reach the consumer's table in the freshest possible way.

But the dynamic science-technology has made some necessary contributions to rethink a business that leaves millions of dollars in profits worldwide each year, but also faces huge losses, since it becomes more difficult to climb the immense mountain of challenges.

This is how the changes have come to aspects such as the nutrition of plants, which had always been considered more suitable if it was done through the soil, since in this way an optimum absorption of water and nutrients was apparently achieved necessary for the development of crops.

However, and after endless scientific studies, foliar fertilization has managed to set the pace for more recent years, so it has become a very effective and complementary tool to get the plants to develop faster and better. higher production levels are achieved in a short period of time.

In this context, the Dr. Heiner Goldbach will be part of the diverse and prestigious panel of rapporteurs that will make up the XIII international seminar organized by Blueberries Consulting in the city of Madrid, Spain next 30 in October.

The German scientist will arrive at the facilities of the Hotel Meliá Avenida América to present his vision on Foliar fertilization and the environmental or physiological factors that govern it within modern agriculture.

Also, his intervention will be propitious to know the most recent data that derive from his investigations on the handling of this method and how this affects the permanence, penetration and translocation of nutrients applied via foliar.

Dr. Goldbach is no stranger to the subject, and is that his academic background has been focused on plant nutrition. In fact, he has a PhD in Plant Nutrition from the University of Hohenheim in Stuttgart (Germany), as well as a postgraduate degree at the Tropical Agronomic Research and Training Center (Costa Rica).

He has had an outstanding career as a researcher and scientist, among which he stands out as a Senior Researcher at the Technical University of Munich (Germany) as well as being Professor of Plant Nutrition at the University of Bonn (Germany) for more than 20 years.

But why turn to foliar fertilization? The conclusions of several studies define it as one of the most reliable methods for the fertilization of plants when the nutrition of the soil where they are grown shows signs of nutrient deficiency, an extremely unfavorable condition for the health of any crop.

Certain conditions, such as an inadequate pH, temperature stress or very high or very low humidity are aspects that make it impossible for the plants to absorb nutrients through their roots, which is why the application of these substances through their foliage becomes a practically elementary theme.

Against this background, scientists say that foliar fertilization is faster, and even claim that it is considered up to nine times more effective when applied directly to the leaves, this if compared with the method of adding nutrients to the soil.

Stomata and their leading role

The exchange of gases that occurs in plants occurs thanks to the stomata, which are small pores located on the underside of the leaves of almost all plant beings we know today. It should be noted that each of the stomata is made up of cells called "occlusive cells", which have the task of regulating the passage of any foreign substance.

To understand it better, stomata are not only responsible for the regulation of the exchange of gases, such as oxygen or carbon dioxide, but also the task of ensuring a correct flow of water in the leaves once this is done. It is applied directly to the plant during its ripening period.

Now, at a scientific level, stomata and how they intervene in the process of foliar fertilization, has been studied for many years. The German doctor Heiner Goldbach participated in a study published in 2008 in which it was found that pure water can not spontaneously infiltrate through stomata unless a solution containing some surfactant is applied.

In this context, stomata are given a leading role in the process of foliar fertilization because they give rise to a better cellular absorption of the incorporated nutrients, which, eventually, reach the metabolically active cell compartments of the leaf.

Although the need to correct a state of nutrient deficiency in a crop can be well defined, the determination of the effectiveness of foliar fertilization can be much more uncertain. To walk a clearer path, many academics recommend practicing nutritional soil diagnostic tests before applying this technique.

The foliar analysis, consists of taking samples of mature leaves of the middle third of the shoots of the year, that is to say between January and February. For more concrete results, it is recommended that at least 50 plants from different areas of the plantation be studied.

In the case of blueberries, if the problem of growth is due to the presence of compacted layers of soil, then the normal response of the plant will be poor growth, and the cause is totally unrelated to the lack, excess or unbalance of nutrients , and it will be very probable that the foliar analysis shows some problems, whose cause is another one (incorrect diagnosis of the problem).

If the orchard presents a normal or almost normal development, the foliar analysis will improve the nutritional management program depending on what was applied previously, with the aim of adjusting the appropriate dose for that orchard in its particular conditions of soil, climate, management and performance level.

The fundamental requirement for an efficient foliar spraying of nutrients is that the active ingredient penetrates the surface of the plant so that it can be metabolically active for the cells where they are needed.

A chemical applied by foliar route can cross the surface of the leaf through the cuticle per se, along cracks or imperfections of the cuticle, or through modified epidermal structures such as stomata, trichomes and lenticels.

According to some specialists, the cuticle behaves as an effective barrier against the loss of water that, at the same time, limits the absorption of nutrients. The presence of cuticular cracks or the appearance of modified epidermal structures can contribute significantly to increase the absorption rate of foliar applications of nutrients.

In this sense, the Dr. Heiner Goldbach will open the debate on the efficiency or not of foliar fertilization during his speech at the blueberry seminar in Spain. According to his experience, the specialist will establish a position on the factors that govern this method in agriculture that we know today.

The varietal offer and competitiveness strategies will be reviewed in the...

They seek to specify mechanisms that allow improving the tariff access of...