The importance of soils in the fight against climate change

A study reveals the potential of agricultural soils in the EU to sequester more carbon, as well as to improve this capacity. 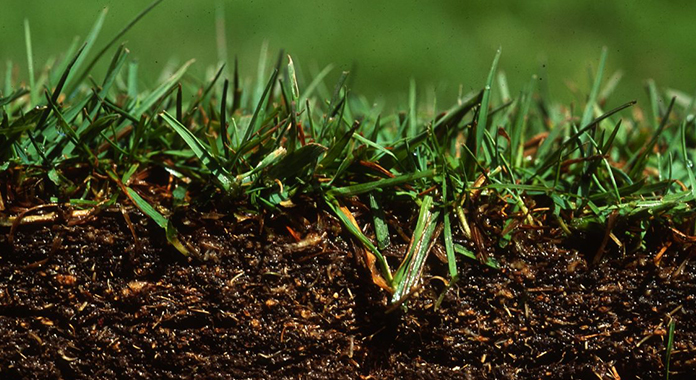 To control and achieve neutrality in CO₂ emissions, we must work hard in the agricultural sector, whose emissions represent 11% of total GHG emissions. The modification of said balance is not appropriate only to mitigate climate change, but also to guarantee food security with species in increasingly extreme environmental conditions.

In order to obtain the most accurate assessment possible, the European Parliament has commissioned a report from experts to find out the potential of agricultural soils in the EU to sequester more carbon, as well as to improve this capacity.

What results did the report show?

It concluded that agricultural soils contain 31% of the EU's soil carbon stocks and that they have great potential to store more carbon. According to the report, this potential ranges between 9 and 24 Mt CO2-eq/year.

How to make the most of the capacity of the soil?

To make this possible, it is proposed, on the one hand, regenerate the poorest soils in Europe, those of the southern area and the Mediterranean, which have lost their organic matter with agricultural intensification. And on the other hand, recover and protect the peat bogs of northern and northeastern Europe, so that they do not lose their enormous amount of sequestered carbon due to their agricultural exploitation.

The report highlights that each type of soil has a specific and limited capacity to sequester carbon. This fact, which might seem like a problem, is also an opportunity: the soils of the southern and Mediterranean area of ​​the EU, the poorest in carbon, are in turn those with more storage capacity. In this sense, if current management were changed to management focused on carbon sequestration and fertility regeneration, there would be a sequestration potential of 67,5 Mt CO2-eq for EU cropland.

Agriculture that cares for and regenerates the land

The report makes clear that agricultural GHG emissions decreased by 108 Mt CO₂-eq between 1990 and 2018. According to the report's experts, achieving further substantial reductions will require significant changes in food preferences, farming practices and agricultural policies.

“We have enough technology and knowledge to increase the organic matter content of the soil, while increasing fertility and mitigating climate change. Now is the time for political commitment, only real commitment will allow real changes to be implemented on a large scale”, he says. Pilar Andres, researcher at CREAF study leader.

Conservation agriculture, a key practice in this project

On the other hand, the report also mentions precision agriculture, which does not necessarily translate into greater carbon sequestration, but could contribute to reduce the input of mineral fertilizers, in particular ammoniacal nitrogen, which could be positive to avoid soil acidification and carbon emission from carbonated soils. "44% of global emissions from the agricultural sector come from nitrogen fertilization, which causes N20 emissions," he points out August Bonmati, researcher of IRTA report author. Also read: Conservation Agriculture as a solution to soil loss and degradation.

El IRTA (Institute of Agrifood Research and Technology) is a research institute dedicated to agrifood R&D&i in the fields of plant production, animal production, food industries, the environment, global change and agrifood economics. The transfer of its scientific advances contributes to the modernization, competitiveness and sustainable development of the agricultural, food and aquaculture sectors, to the provision of healthy and quality food for consumers, as well as to improve the well-being of the population. IRTA is attached to the Department of Climate Action, Food and Rural Agenda (DACC) of the Generalitat de Catalunya and is part of the CERCA system.