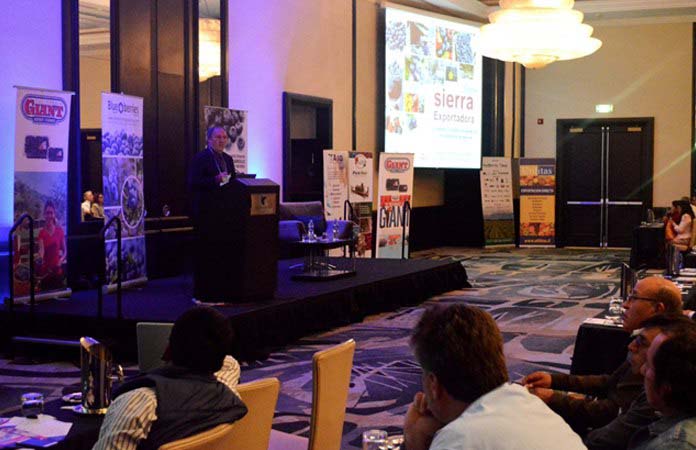 The cranberry industry in Peru is confirmed and now is committed to its positioning to enter the major league market and, thus, to meet the predictions made by market trends regarding the positive outlook of blueberry production in the country, said Miguel Cordano Rodríguez, general manager of Sierra Exportadora, an agency attached to the Ministry of Agriculture and Irrigation (Minagri).

During the Second International Blueberries Seminar, organized yesterday by Blueberries Consulting of Chile and AGQ International, Cordano indicated that with this positioning Peru can accompany countries such as Chile and Mexico in the search for opportunities offered by demanding markets such as the United States.

"From Sierra Exportadora we bet for the blueberries in the 2011, and this meant in Peru a process of innovation totally different from what was customary to develop. Now there are Peruvian companies that behave as well as international competitors, having a product of extraordinary quality"He said.

In this line, he stressed that the organizers of this activity have opted for Peru, as a basis to play such an important topic on how to face the technical challenges for the proper development of cranberry in Peru. This, he said, implies a search for solutions from the field until the harvest and post-harvest, and a search for blueberry varieties that indicate that the producers will meet market demands.

"The mountain range of Peru has two great advantages: its climate and that the production of cranberry can be done all year round. This indicates that you can find the best international prices and an opportunity for the cranberry industry to progress"He said.

A survey carried out on industrial trust by Portalfrutícola.com to the different actors of the marketing chain of Peru, Argentina, Uruguay, Chile and Mexico (producers, exporters and distributors), revealed that 80% of those surveyed consider that Peru will have a favorable scenario regarding the production of blueberries, explained Gustavo Yentzen, founder of said portal.

He explained that this survey was conducted between the months of May and June of this year, which means that there is a positive perception on the part of the industry regarding the growth rate of blueberry in Peru.

"Chile and Argentina continue to grow, but it is no longer an explosive growth as between the 2003 and the 2007, while Peru is a country that is debuting and there is much to explore. We have seen a quite strong growth because there are companies that are starting to produce blueberries, and the Peruvian climate is one of the great elements for their harvest"He said.

The head of the National Program Peru Berries of Sierra Exportadora, William Daga, indicated that at the close of the 2014 the production of blueberries reached 2.000 tons and in the first five months 1.050 has already been produced. In this regard, he estimated that at the end of the 2015 it is expected to reach 2.500 tons of blueberries produced.

Cranberry boom in Peru: "The investment recovers in the second harvest"