La Libertad: blueberries will be exported to the Indian market for the first time

Currently, the La Libertad region leads the national production of blueberries, since it cultivates 7.580 hectares of this fruit. 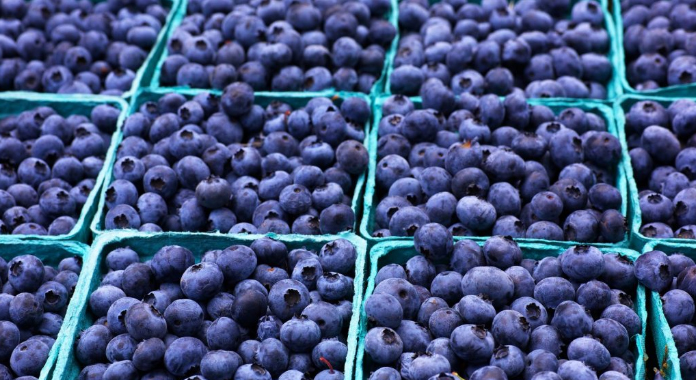 Indian authorities gave the green light to the commercialization of blueberries that consolidates Peru as a world export leader. The shipment of blueberries produced in La Libertad opens the way to new horizons. As data is that, in the 2020-2021 campaign, 93.892 tons of this fruit were certified, the main destinations being the United States with 57%, followed by the Netherlands with 23% and China with 11%.

The foreign trade of fresh fruits, such as quality blueberries, produced in the lands of Liberia is in a very dynamic stage. It is estimated that, during the 2021-2022 campaign, the shipments of this fruit by our country would allow the generation of more than 150.000 jobs, mainly occupied by women. For this campaign, the volume to be shipped is expected to exceed 230 million kilos.

Danper company enters the competitive and large market in India. The agro-industrial company, whose management model based on the creation of shared value connects the efficiency of its investments and its economic profitability with the progress of its people and its communities, according to the report of the Commission for the Promotion of Peru for Exports and Tourism (Promperú).

According to Danper's CEO, Jorge Arangurí, the company has made an efficient investment in blueberries and this has been reflected in the improvement of their quality. In addition, he pointed out that they hope to close 2021 with sustained growth in production that consolidates Peru as the world's leading exporter.

Currently, the La Libertad region leads the national production, cultivating 7.580 hectares of blueberries of the varieties biloxi, ventura, rocío, emerald, among others. The main producing areas are the provinces of Virú, Trujillo, Chepén and Ascope.

The area devoted to blueberry cultivation in Huelva has increased by 5,6% in the last campaign