La Libertad is one of the regions that produces and exports the most blueberries in Peru. Even its good performance helped offset the drop in other products such as gold, fishmeal, avocado and asparagus during the first four months of the year, according to the Ministry of Foreign Trade and Tourism.

However, the producers of this acidic fruit highly valued in the world are facing a big problem: determine the exact moment in which the massive harvest of blueberries should begin. Errors in projections cause many economic losses to agro-industries. 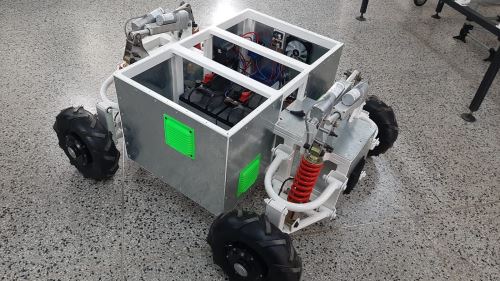 Given this, the Labinm Robotics team of researchers from the Antenor Orrego Private University (UPAO) is developing a robot prototype that allows taking a sample of the blueberry clusters and, through algorithms and artificial intelligence, knowing the moment in which the fruit must be harvested en masse.
“Agroindustries have their harvest projections and based on that they hire many people for this period, but when the calculations fail they have to wait, but the cost of personnel and machinery still has to be assumed, and that is why we decided to develop this prototype, to provide solutions," he said. Sixto Prado Garini, principal investigator of Labinm Robotics.
The specialist stated that the prototype, which is still under development in the laboratory, has four motorized wheels controlled by electronic cards that are calibrated, configured and complemented with other cards, based on the power consumed by these elements.
In addition, It has two high-tech sensors that capture the environment virtually and assign a mathematical representation, that allow the robot to be directed to the cultivation area and ask it to sweep the fruit to count and analyze its color, which is associated with the degree of maturity.

“For example, if there are 5,000 blueberries on a bush, the robot will determine that 40% are ready to be harvested in a week, while the rest in a week and a half. This is how it is taking samples from the crop field and then we extrapolate results. Said information is sent through a web or satellite application, because we are giving it industry 4.0 characteristics, and it is sent to the company's managers so that they decide to hire the staff”, she detailed. 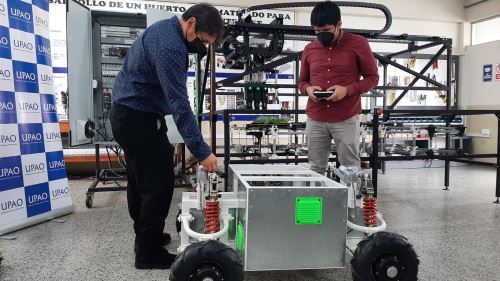 Prado Garini assures that the objective of the technological projects he leads is not to destroy work, but to complement and transform it for the improvement of the sector.
This project began in February 2021 and should be completed in December 2023. It is also executed with funds from Concytec for a value of S/ 200,000.

In 2012, UPAO created the Research Vice-Rectorate, from where efforts have been generated and the budget invested to encourage and train new researchers to help the community, assured the person in charge of said area, Julio Chan Lam.
The UPAO Vice-Rector for Research assured that from 2012 to date the university has invested one million 200 thousand soles in incentives for professors and improving working conditions, in order to motivate them to promote scientific research. 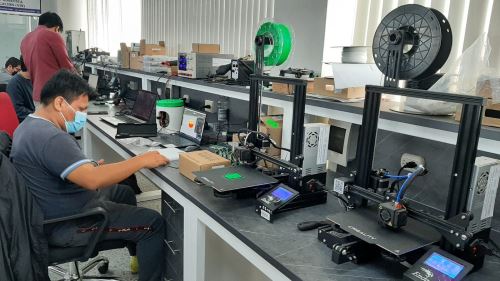 Likewise, he mentioned that 2 soles have been invested in financing their own research projects, which have in turn generated the State to finance projects of UPAO researchers for about 000,000 soles between 4 and 000,000. Part of This money has been used to buy equipment to equip the laboratories.
Chan Lam assured that it currently has 51 research groups made up of professors and students at the Trujillo headquarters and 11 Piura. Likewise, it has 51 research hotbeds (made up only of students) in Trujillo and 12 in Piura.
“For this year we are betting on having 80 researchers in the National Scientific, Technological and Technological Innovation Registry (Renacyt) of Concytec, but there are 174 teachers who are aspiring to this registry. We currently have 45 members,” he stated.
The Vice Chancellor for Research said that at UPAO out of every 10 researchers only 3 are women, but he highlighted that work is being done to reverse the percentage, which is why he asserted that it is important to bet on scientific research, and that as long as the quadruple helix: State, university, companies and community will generate better conditions for the development of the country.
Source

The irruption of biodegradable plastics in industrial agriculture