The UAE aims to increase its reliance on clean energy to 50% by 2050 and reduce its carbon footprint for power generation by 70%. 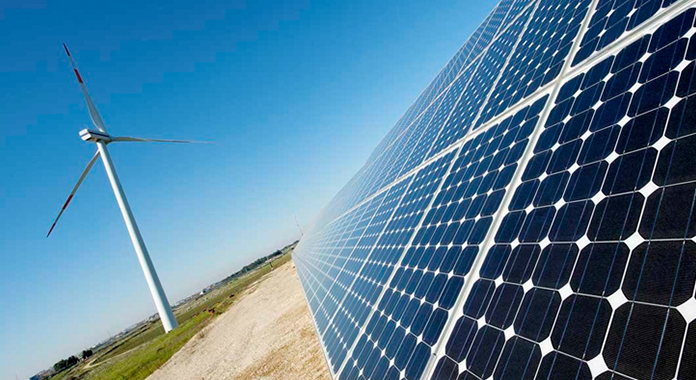 The cities of Persian Gulf are opting for sources of green energy, since climate change threatens to make parts of the region rich in fossil fuels unbearable for humans.

A new report this month from UN Intergovernmental Panel on Climate Change (IPCC) It unequivocally showed that the climate is changing faster than previously feared, and due to human activity.

Even now, residents of the Gulf region often go to cooler climates during the hotter months, while many of those who stay spend their time scampering between air-conditioned locations, or rely on delivery drivers to a wide variety of services.

Among the countries of the region, the United Arab Emirates is also one of the driest countries in the world, and for the past few years has used cloud seeding aircraft to produce rain artificially.

An expert warned of the risks to the region as climate change progresses.

"In general, the level of heat stress will increase significantly," said Elfatih Eltahir, professor of hydrology and climate at the Massachusetts Institute of Technology.

With higher temperatures and humidity Towards the end of this century, some parts of the Gulf will experience periods of "Heat stress conditions that will be incompatible with human survival ”, he warned.

"That is not going to happen all the time, it will be episodes that would happen once or twice every seven years," he added.

La combination of heat and humidity relative has the potential to be deadly if the human body cannot cool itself through sweat.

Scientists have calculated that a healthy human adult in the shade with unlimited drinking water will die if "wet bulb" (TW) temperatures exceed 35 ° C for six hours.

It was long assumed that this theoretical threshold would never be crossed, but American researchers reported last year about two places, one in the United Arab Emirates and one in Pakistan, where the 35C TW barrier broke more than once, even if only fleetingly.

The United Arab Emirates aim to increase their dependence on clean energy to 50% by 2050 and reduce your carbon footprint for power generation by 70%.

Abu Dhabi, one of the seven emirates along with Dubai that make up the country, says that is building the world's largest single-site solar plant.

Once fully operational, the Al Dhafra solar project will have the capacity to feed about 160.000 homes across the country, according to the state news agency WAM. It is scheduled to start operating in 2022.

Blueberries: the landscape of an increasingly popular industry