The prices achieved by blueberries during this 2021/2022 season have been higher than those of the previous season, especially in the increase generated from week 32 to week 38 of 2021. 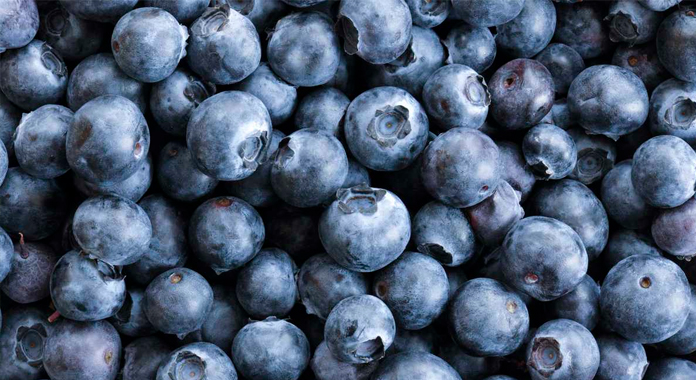 The prestigious consulting firm Agronometrics, in its series "En Gráficas", makes a tour of the behavior of volumes and prices of berries in the United States market, noting notable drops in most of them, however, a reality very encouraging in the case of blueberries.

The study compares the volumes and average prices of blueberries, raspberries, strawberries and blackberries in the United States market, compared to previous seasons, highlighting that only blueberries escape a trend of low prices, underlining that the 4 species of berries share the fact that they have higher volumes than the previous season.

The document confirms that the prices achieved by blueberries during this 2021/2022 season have been higher than those of the previous season, especially in the increase generated from week 32 to week 38 of 2021. Then the prices of the blueberries fell slightly in week 39 (which is already part of the 2021/2022 season).

These prices registered in the last week in the North American market come from shipments from Mexico, Peru, Washington and Oregon.

The analysis highlights that these have been the highest prices of the last three seasons and offers a graph in which it can be seen that in week 39 of 2021, the average price of conventional blueberries was USD 9,28 / KG, 14% higher than the previous season.

Non-Organic Blueberry Prices (USD / KG) in the US Market 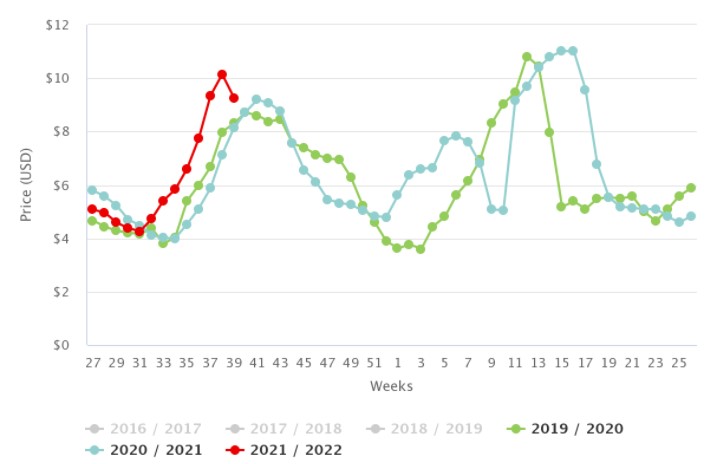 In addition, in relation to the volumes of blueberries sent to the United States market, it is recorded that between July and September 2021 these shipments were higher than those registered in the previous season.

Raúl Olivares, Senior Consultant at Blueberries: "The market increases and I do not see a risk of saturation"