Jorge O´Ryan, General Director of ProChile: "The need to strengthen the immune system in people has increased" 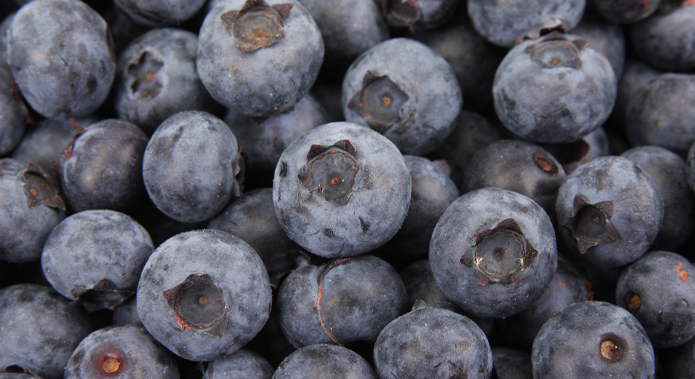 A report prepared by ProChile, which reports the commercial activity of Chilean products in the world, prepared with information provided by the 56 offices that the agency has in the different countries, shows that, in the case of exports of fruit during the crisis caused by the coronavirus, these have had an upward behavior in some cases.

Although in general the crisis has affected exports, with a lower sale of fruits, the report records that healthy foods are required in places where the pandemic is receding, mainly in Asia, because “the need to strengthen the immune system in people ”, according to the evaluation made by some media Jorge O´Ryan, director of the state body.

Stable and on the rise

Chilean blueberries have increased in value in the first four months of this year, rising by almost 5%, reaching a sales volume of USD 442 million. This upward behavior is general in the market, as indicated by the prices that the production coming from Huelva, Spain and the countries of the Balkan region are obtaining, which have managed to stop the natural fall curve for these dates and achieve prices much higher than past seasons, rising to almost 4 euros in week 20, transforming into a trend that will remain stable and on the rise. 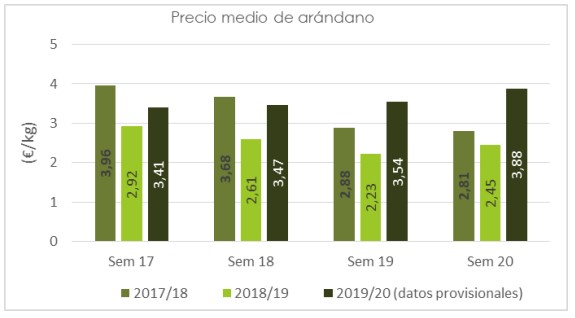 In this same perspective, in healthy fruit conditions, with antioxidant, immunological and antibiotic properties, frozen fruit has also risen in demand and value, reaching an 18% rise in the markets.

In the case of the 12 large supermarket or retail chains, 92% kept the minimum prices stable in the case of blueberries and only 8% lowered them, compared to the last days (week from May 15 to 22, with data from Italianberry).

However, in the case of high or rising prices, in these 12 retail chains, 75% kept the maximum prices stable and only 17% decreased them, and even 8% increased them in the referred period. 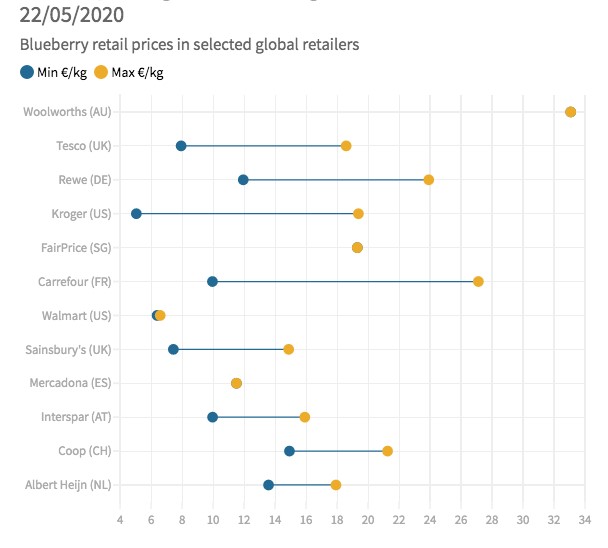 ProChile's invitation to exporters of fresh, frozen, dried and dehydrated fruits, seafood, wine, gourmet products and Fintech services and miners interested in bringing their offer to Asian markets, covers a month of meetings and meetings with the minus 40 Asian importers that will end on May 28.

The initiative is part of the measures promoted by ProChile to support Chilean exporters in the framework of the Covid-19 health emergency.

“Chile is still present, fulfilling its commitments and working to get ahead. We know that we are facing a difficult scenario, that is why we are proposing alternatives to support that small and medium exporting companies can demonstrate that Chile complies, "explains Jorge O'Ryan.

Both registration and participation in these business rounds have had no cost to entrepreneurs, the only requirement is that they must be registered in ChileB2B, the ProChile and have your product catalog loaded on the platform.

“A while ago we had been working, through our Chile B2B platform, on alternatives to support SMEs that for various reasons could not travel abroad to do business. Now, and considering the situation in the world, this virtual business conference is positioned as a vital tool for SMEs to continue going out into the world, "Jorge O'Ryan concludes.

Rafael Palacios: "To build a cleaner and more resilient productive matrix after the crisis, investments must be concentrated on circular economy and climate change"

Assessment of Physicochemical Quality, Antioxidant Content and Activity, and Inhibition of Cholinesterase between Unripe and Ripe Blueberry Fruit