That is the statement of Jim O'Neill, president of Think Tank, considered, also one of the leading economists in the world. "Chinese consumers are the engines of the global economy," he added. 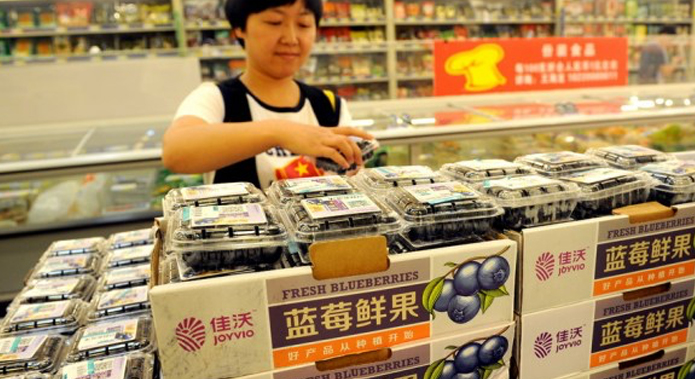 "The most important thing in the future, at least until the middle of the next decade, is the Chinese consumer," economist Lord Jim O'Neill, president of London-based Think Tank Chatham House, said in an interview with Xinhua in China. .

O'Neill became world famous by coining the acronym BRIC to describe the four developing economies, Brazil, Russia, India and China, which he considered as the future powers of world economic development in the 21st century.

This professional, who believes strongly in globalization and the central role of consumers and China in this, said: "The Chinese consumer has been slowing down in recent months ... that is what drives (globalization) unless we make illegal trade with each other, "adding that:" Globalization is driven by what consumers want. "

China, the most populous country in the world, has been one of the main drivers and beneficiaries of globalization. Since the country began its reform and opening under Deng Xiaoping in 1978, the Chinese economy has been transformed and 500 millions of Chinese, according to the World Trade Organization (WTO), have come out of poverty.

"It is highly unlikely that another country can step in to boost global consumption," O'Neill added.

O'Neill has an internal vision of the flow of capital and the growth of national economies around the world, seen from the "furnace" of finance that fueled globalization and helped create the aspects that are seen hoy.

"I started mi career in 1982, and from there until the end of the 90, all periods of mini-crisis focused, essentially on what happens when the American consumer slows down, "O'Neill explained.

“In the 90s, I realized that the world could not survive permanently with the American consumer that had been forged (…). I realized very early that the next 40 years will be determined by the Chinese consumer, particularly in this decade, "he said.

There is a slowdown in the global economy, predicted by many economists in many countries, with evidence already being highlighted by organizations like the International Monetary Fund and the World Bank in their latest forecasts.

For O'Neill, these kinds of recessions are expected, and the reaction should not be overstated. “Business cycles are a fact of life. They will happen and maybe we are entering a recession now, but that is not going to destroy globalization, it will interrupt it, but it will not destroy it, "said O'Neill.

Regarding Britain's formal exit from the European Union (EU), scheduled for the March Although there is still no clear way of how this exit (Brexit) will happen, not even if it will take place in time or it will happen, the economist believes that an exit from the EU without an agreement, which will lead to Britain already EU under WTO rules, meaning more tariffs on many items, would be counterproductive.

He said he was especially concerned about the impact of the "exit" on the auto industry, which is a dominant industry in Britain, employing 856.000 workers. In 2017, they built 1.6 million cars, of which 1.3 million were exported to more than 160 countries, but the EU was the largest single market, with the auto industry accounting for 12.8 percent of total British exports.

"Some of the most productive automotive plants in the world are in the United Kingdom, but if we go out to trade in accordance with WTO rules, they will not stay that way because the profit margins are very small," he added.

O'Neill has been at the heart of British politics for some years, first as Chancellor of the Exchequer in David Cameron's coalition government, and later as an appointed member of the second chamber, the House of Lords. He made his first speech in the House of Lords recently, in opposition to a hard Brexit.