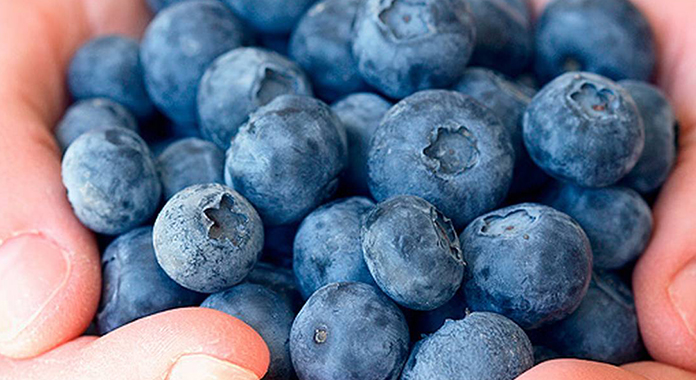 Luciano Fiszman of Redondo Beach, CA Gourmet Trading Co., says he ended his stint in California two weeks ago and moved to Oregon for supplies beginning June 18. Then in late June came the heat wave that affected large swaths of the West Coast, yet Fiszman says growers reporting problems were inconsistent - some reported having no problems with their crops, while others saw full harvests of sunburned blueberries.

Oregon normally remains in production until the end of July.

Production in Washington will also begin later this week. "The reports that I am getting so far is that there is no damage to the fruit, but that does not mean there are no problems," says Fiszman. British Columbia, Canada is also starting production, and after experiencing the same heat wave, producers in the eastern part of the province appear to be more affected than producers in the western part of the province. "The closer you are to the water, the less you suffer," says Fiszman.

That said, eyes are on all Pacific Northwest crops to observe the effects of heat.

On the other side of the equation, demand is currently stronger than usual, even after the July 4 weekend. “We thought we were going to have more fruit than orders, but the supply is a little lower than we think and the demand is still as strong as last week,” says Fiszman.

It will be determined if that demand remains strong. “Over the last year or two, there has been more interest in larger packages. The larger packages show me the consumption at home. It will be interesting to see what happens in the next few weeks, ”says Fiszman. "And if the supply is still tight, there will be a great demand for fruit until late summer."

All this keeps prices stable. “This is the best thing that has happened to the market. When you have a price that satisfies the majority of players in the industry, then you build momentum and that's how you keep the demand going, ”says Fiszman.

In terms of imports, while September is when retailers start working to switch to imported fruit from Peru, Peru itself continues to move to where it ships its first volumes. “They will have volume before. But they are also focusing their first couple more months on Asia because the United States still has domestic production at the time. It is difficult to compete with the offer that we have and Asia does not have that offer, ”says Fiszman. "I think every year they do more and more of that until the United States starts to run out of production."

The industry is constantly changing, with new methods and innovative technologies that can impact blueberry production. Since staying active and updated on the new knowledge of the industry, it is important to obtain a quality product that is aligned with the demands of the market, during the month of August the International Blueberry Month August 2021 will be held, in its second version. On this occasion, farmers, producers and professionals related to the world of agriculture will be able to train with international experts online.

To purchase your ticket to the event, click on the following button:

Postharvest, one of the main dishes that will be addressed in the International Blueberry Month